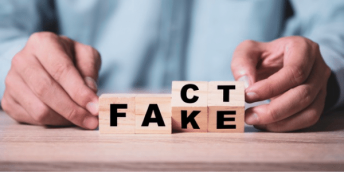 Cryptocurrency speculation is nothing new. From the Bitcoin price prediction to the XRP price prediction, analysts rely on historical data and market research to figure out the most accurate values to present to investors.

But in an industry as new as crypto, telling the difference between cryptocurrency rumors and legitimate crypto news and information can be a little challenging. It’s not rare to find scams on every corner and polar opinions across various websites. And some crypto rumors are just so realistic that they’re not hard to believe.

Here, we debunk common cryptocurrency rumors and get the basic facts down for you.

1. Cryptocurrency is only used by criminals.

This crypto speculation began circulating in 2013 when Ross Ulbricht’s arrest went public. He was the mastermind behind the Silk Road, an exchange site on the dark web that people used to purchase illegal goods and services. Bitcoin is a common payment method in the criminal world due to its anonymity, so naturally, negative Bitcoin rumors surfaced following the incident.

But here’s the thing: criminals will use any means they can get their hands on to commit illegal doings. And they have been doing so for centuries. In that regard, cryptocurrency is no different from gold or fiat money. Don’t let this little rumor get in the way of your investments–most certainly not over a promising Ethereum price prediction that you’ve meant to take advantage of.

2. Cryptocurrency is a scam.

While the Bitcoin evolution began in 2010, it wasn’t until 2017 when most of the world heard about cryptocurrency. Around the time, the Bitcoin price hit record highs, causing an uproar within the traditional financial market. People who were against the cryptocurrency spread false information about how coins are a scam–a notion that contributed to the crypto crash in the same year.

Only those who don’t understand what cryptocurrency truly is will believe that it’s a scam. But on that note, it’s also important to be vigilant online to ensure that you don’t fall for third-party scams that use crypto as leverage to prey on innocent people.

As far as Australia, America, New Zealand, the UK, and Japan are concerned, it’s legal to mine, buy, sell, and trade cryptocurrency. In fact, most of the world has warmed up to crypto and openly acknowledge its use with a few regulations. While they’re still illegal in a handful of extremely conservative nations, Bitcoin, Litecoin, Cardano, and any other altcoin are accepted in most of the world.

With that said, cryptocurrency, like all other forms of currency, is only legal when used for legal means. Any illegal transactions will result in fines and punishments according to each country’s discretion.

4.  The value of cryptocurrency is plummeting.

Some older economists often speak to how the market only spikes when an impending drop is about to occur. Most of these analysts are still stuck in the past and don’t understand the cryptocurrency progression. For instance, the Bitcoin evolution is at a completely different playing field from where it was three years ago, so the market behavior isn’t necessarily going to align with historical data.

Now, all major cryptocurrencies are seeing record-high prices. These aren’t a result of an overnight spike but rather a slow build-up over the past four months. Prices are expected to remain stable or continue on a bullish trend. And the frontrunner, Bitcoin, is set to blow past its records within the next month and continue to rise in 2021. You may want to keep up with the Bitcoin latest news to watch its progress.

5. No one important believes in cryptocurrency.

This is something that some people use to undermine those who invest in cryptocurrency–by saying that no one who matters actually backs it. This isn’t true at all, as crypto is quickly making its way to the high-profile landscape. Billionaire investors, such as Paul Tudor Jones and Mike McGlone, have announced their support of cryptocurrency and specifically Bitcoin.

6. You will never be able to spend your crypto in real life.

This old cryptocurrency speculation stemmed from conservative people who don’t believe that a new, consensus-backed store-of-value can ever replace traditional currency. Contrary to this, many businesses are now starting to accept cryptocurrency. Visa is also putting out a cryptocurrency debit card in the US next year, so you’ll be able to use crypto in almost any establishment.

Cryptocurrency rumors are nothing new. Take them with a grain of salt, consult reliable sources, and trust your instinct.

To keep up to date with all cryptocurrency news and prices, click here and use our crypto tracker.