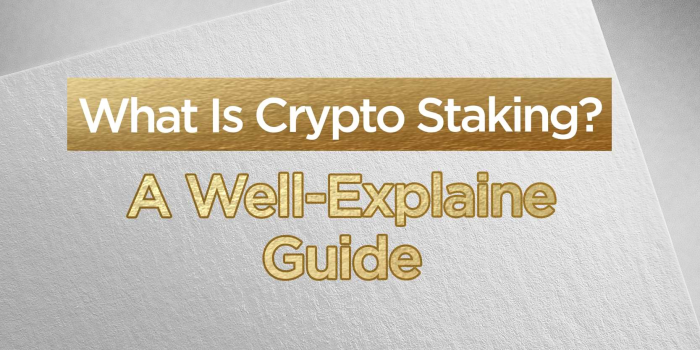 What Is Crypto Staking? A Well-Explained Guide

You might have heard of cryptocurrency mining, which has been at the centre of the sustainability discourse due to its negative effects on the environment—particularly its fossil fuel use, as outlined by Elon Musk's Bitcoin betrayal tweet. As such, alternative coin "earning" methods have come to light, shifting the spotlight from the Proof-of-Work (PoW) to the Proof-of-Stake (PoS), a significantly more eco-friendly way of mining—this time, in the form of "staking" coins. Here's what you need to know about crypto staking, some of the best staking coins with high profitability, and how you can get started on an everyday computer.

What is Crypto Staking?

Crypto staking is a process by which coin holders can temporarily surrender coins to a network—usually for a period of 30 days, but it varies per blockchain. This activity allows a network to achieve consensus among participating community members without the need for individual miners to occupy nodes and validate transactions on the network. A major advantage to staking is that there's usually no commitment involved—you can remove your coins from the network any time, but in exchange, you lose any possible rewards from the staking cycle. 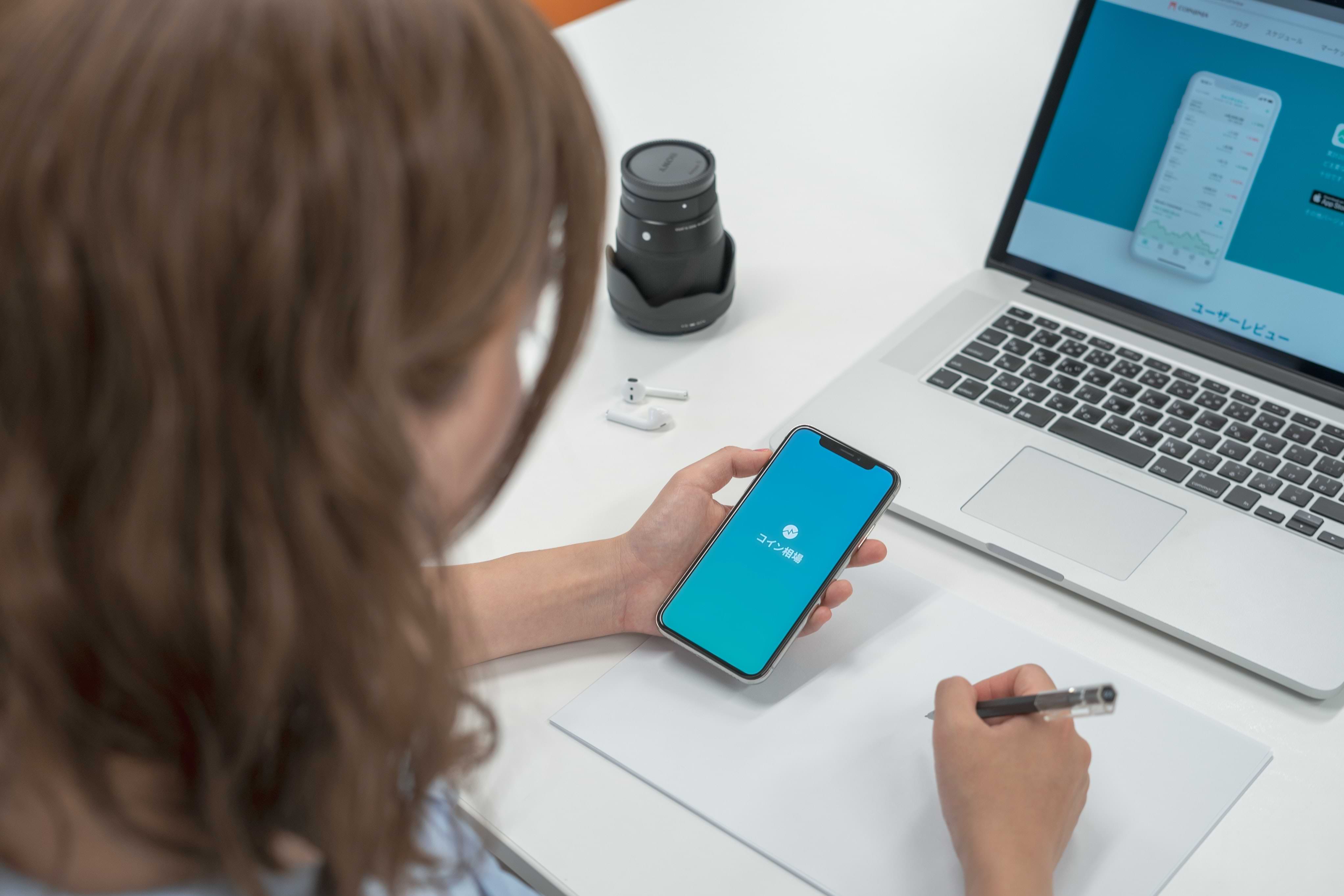 The PoS system varies based on each blockchain's staking rules. In general, you will be delegated an annual interest rate based on a fixed value or the percentage of your contribution to the pool (if you choose to join one, though pool fees may apply). It's possible to generate reward estimates from calculators, like the Cardano staking calculator.

Bitcoin cryptocurrency is the most popular to utilise the PoW consensus model, a mining process that requires significant investment in dedicated GPUs or ASIC rigs. The resource-heavy operation has to do with the competitive nature of mining—millions of miners have to compete for a single block reward of 6.25 BTC. Because the fiat value of this reward is so high, many take the risk to both their investment and the environment to earn a profit.

In contrast, the PoS doesn't require extremely powerful computers to solve mathematical puzzles in a competitive minefield. Instead, users contribute to the blockchain by holding their coins in an online wallet or on a hardware device that interacts with nodes for them. This allows PoS networks to remain decentralised without causing harm to nature.

Risks And Downsides in Crypto Staking

While staking crypto is a simple process, there are downsides that you should be aware of before committing to earning a profit through this means.

Some staking platforms require a minimum contribution to qualify. This limitation makes it difficult for micro-investors who only own a handful of coins to make an individual stake. One solution is to join a staking pool, but pool fees can sometimes eat up profit. Removing your stake from a pool, while possible, can also result in losses.

Some blockchains, like Cardano, don't impose a lock-up period, making it possible to remove your coins at any time. However, stake pools and other networks may require a lock-up period of months to years. This puts you in a difficult position due to the volatility of the market—you may want to short-sell funds due to a projected decrease in coin prices but can't as they're staked on the network. As a result, staking is recommended for confident long-term HODLers.

Depending on where you live, gains from staking activities may be subject to various taxes. In Australia, the fiat equivalent of the coins you earn is subject to ordinary income tax.

What Coins Can I Stake?

Proof-of-Stake is increasingly growing in popularity, especially among newer altcoins that acknowledge the sustainability issue of PoW mining from the get-go. Below are some of the best staking coins that employ the PoS consensus model, but hundreds more are out there, along with various derivatives of the staking process.

Algorand currency differs from most PoS networks as it runs a Pure Proof-of-Stake (PPoS) protocol built through the Byzantine consensus. Each coin holder's influence in block creation depends on the fraction of their stake in the overall pool. In this case, people who make larger stakes (a larger number of coins) have more influence over the network than others. Moreover, block proposals are decided through a majority vote, and the opportunity to vote is based on a random selection. This system is also influenced by the strength of one's stake, giving huge incentives to high-risk stakers.

Cardano is a unique cryptocurrency in that it has both PoS and Proof-of-Work mining. Its staking mechanism, called Ouroboros, runs on the PoS protocol, where stakeholders will be rewarded with a new ADA after they stake their coins for long periods (a minimum of 15 days).

Tezos is a relatively new cryptocurrency with an ambitious staking mechanism (called "baking") that seeks to resolve inefficiencies or control issues related to PoS. Tezos uses something called liquid democracy, where stakeholders can delegate their vote on anything they want (e.g., block proposals) and then un-delegate at any point in time. However, to qualify, coin holders must own a minimum of 8,000 XTZ and run a full node, but staking pools also exist to alleviate the cost and risk associated with such a large stake.

Ethereum's 2.0 upgrade has been in the works for years—and it's finally taking off with massive month-over-month progress. While the network has employed the PoW model since its inception, its transition to the PoS is an exciting change that will significantly reduce Ethereum's carbon footprint. However, for the upgrade to fully launch, the network requires millions of validators to make a stake (32 ETH minimum), which will be locked in until 2.0 is released. Without a concrete live date, there's a huge risk in leaving ETH in the network, especially given the coin's volatility and the inability to withdraw profit until launch. However, staking now will have massive payoffs, including huge rewards for early validators.

How to Start Crypto Staking?

The first step is to download a wallet that supports staking. There are many available, but most wallets need to be online as data is constantly being transferred between your computer and the blockchain. Some networks have native wallets that simplify the staking process, so you don't necessarily have to download a third-party application—an example would be Cardano's Daedalus Mainnet. Other alternatives include staking through an exchange, such as Binance, or through a DeFi platform.

This is followed by entering a password for both addresses—your private key and the public key you want to receive staking rewards on. Alternatively, you can also join a staking pool, which requires a fee to join. Rewards are split based on your percent contribution in the overall pool and are distributed by the pool organiser.

A word of warning: If you need to deposit or withdraw funds before the stake has been completed, ensure that your coins are fully confirmed on the blockchain first; otherwise, they might get lost.

Staking is a great alternative to minting coins without destroying the environment. As most new altcoins—especially those with ambitious blockchains—are earned through staking rather than mining, you have a wide range of cryptocurrencies to choose from. While most staking activities can be done on an ordinary computer, a stable financial profit is not guaranteed unless you make a substantial investment, including time and money.