When Should You “HODL” or Sell Cryptocurrency

Cryptocurrency is an extremely volatile asset, making it an investment that requires a high level of commitment. As a new trader, one of the most difficult decisions you make is whether to “HODL” or sell your coins. “HODL” is a term that appeared in the early cryptocurrency community as a misspelling of “hold.” However, it was soon adapted to mean “hold onto dear life”–a common practice among those who refuse to sell their crypto no matter how the market moves. While there are situations when waiting things out can grant you a possibly better return for your investment, it’s not always ideal to refuse a wonderful selling opportunity.

The Instability of the Cryptocurrency Market

Cryptocurrency isn’t like stocks, which have been around for decades. The first entry in the crypto playing field, Bitcoin, only entered the market a little over ten years ago, and it wasn’t until much later that others started following suit. As the majority of the world is still trying to grasp the concept of cryptocurrency, its prices can fluctuate at any given time.

This year brought about massive developments in the world of digital transactions. The pandemic has forced people and corporations to rethink how they handle payments, bringing public interest toward cryptocurrencies. That means more attention from the media, which, in turn, equates to heightened interest from investors and increasing crypto prices. While this milestone is huge in bringing cryptocurrency to a wider market, the appearance of new, inexperienced traders will also mean more bad decisions and negative media coverage, which may lower prices.

Given the instability of the cryptocurrency market, it’s difficult to pinpoint exactly when it’s best to sell. Generally, investors keep a close eye on any developments among the market and hubs and sell a portion of their coins whenever the time is right.

Keep a Radar for Negative Activity

The best way to guide your selling decisions is to always keep up-to-date with the latest-in-crypto. The coin community is very active in popular forums, such as Reddit, and business edits always have something new to inform the public. As long activity concerning a particular altcoin remains consistently high; you can rest assured that the interest for it is still alive and growth is still possible in the future. But when you notice that the cryptocurrency you’re holding has lost its edge and people are starting to talk less and less about it, or if it has almost completely disappeared from the headlines, then take it as a negative sign and consider selling.

Remember: cryptocurrencies need people to use them and be interested in them to stay on the market. Once they lose their luster, they may be completely removed from the exchange, and your investment may become null. 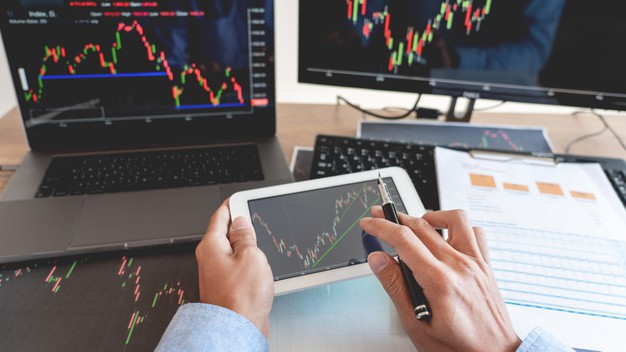 The major coin exchanges, including Binance, Coinbase Pro, and Kraken, play a huge role in determining the relevancy of specific cryptocurrency in the market. They only carry coins that are relevant and have growth potential, and anything that has become null is regularly removed from the exchanges. As a result, when the cryptocurrency you’ve been holding has suddenly appeared in any of these big players, it’s a good sign as interest will grow, prices will go up, and selling may be a good route to take.

In contrast, when your cryptocurrency has exited one major exchange, then it’s likely that others will follow the trend. The best way to determine that a cryptocurrency is on the road to failure is to watch out for negative activity. Before this happens, you want to stay on top of the news for any cancellation announcements and act fast to not miss the opportunity to sell before ending up with a dead investment.

On the occasion that any major government speaks up about their stance on cryptocurrency and puts it in a negative light, you have to react to the news and decide to sell or hold. For instance, if a key figure in the financial world, such as China, decides to ban cryptocurrency usage completely, it can be detrimental to virtual currency as a whole. You may want to seriously consider selling a portion or the entirety of your investments. However, do note that panic selling has also resulted in huge losses, so don’t take press releases as the final word and watch the news closely to guide your decision.

Determining whether to sell or hold cryptocurrency is an entirely personal decision, but you can use the latest news as a reference to help you make a choice. Ultimately, it’s best to avoid responding to panic and selling your entire investment when the cryptocurrency isn’t particularly in the red.