The Top Coins > Blog > Cryptocurrencies > BTC vs TPR: The Revolutionary Coin of The Future 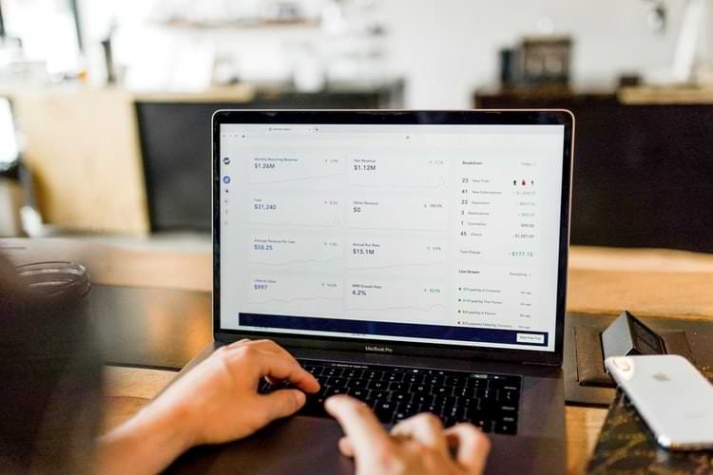 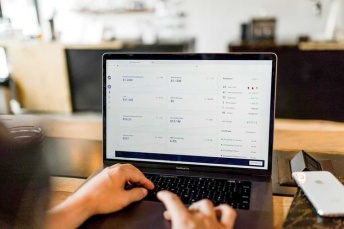 BTC vs TPR: The Revolutionary Coin of The Future

It has been over a decade since the anonymous Satoshi Nakamoto made waves in the digital financial world through Bitcoin cryptocurrency - the open-source blockchain that revolutionized the concept of cryptocurrency.

Its goal was simple: to break down the financial frontier controlled by centralized institutions, such as banks and governments, effectively bringing fiscal power back to the people.

Decentralization is a major keyword that drove interest in Bitcoin. Without a central authority controlling every aspect of the blockchain, the community could contribute to the network through mining, which mints coins in exchange for computing power to process transactions.

Over the years, altcoins - cryptocurrencies that came after BTC - appeared, bringing new ideas and more sophisticated use cases to the table.

Likewise, Bitcoin began steering further away from its goal, becoming a highly-coveted investment product instead of a usable currency for day-to-day transactions. However, one altcoin, The People’s Reserve (TPR) , is reinvigorating the flames that Bitcoin lost in hopes of bringing financial power back to the people.

The Story of Currency

It wasn't until the Mesopotamian and ancient Chinese eras when the concept of money began to make waves through silver and gold coins and paper money, respectively. Then, around 250 years ago, fiat money started to circulate in Europe. Minting fell into the hands of banks - and a quarter of a century later, banks still control the minting and distribution of currencies. Eventually, bank cards and similar financial products took over the world following technological advancements.

A little over ten years ago, Bitcoin came into the picture, introducing digital currencies that aimed to break down the almost-300 year era of bank control.

Cryptocurrencies have also made breakthrough changes in digital finance.

As an example it offeris decentralized solutions such as peer-to-peer exchanges.

When Satoshi Nakamoto first introduced BTC to the world, the coin didn’t hold any value. It wasn’t until a fateful exchange, when a Florida resident purchased two Papa John’s pizzas for 10,000 coins, that the community began recognizing BTC’s potential for becoming a usable currency in real-world exchanges.

This revelation aligned with Nakamoto’s plan to remove centralized financial institutions in favor of cryptocurrency.

However, as Bitcoin is an asset not backed by tangible items, its value is highly speculative and based on consensus or what people believed it was worth. Nevertheless, BTC made it to the exchanges and broke through the $1 milestone by February 2011.

In 2017, a massive bull market and mainstream interest allowed prices to soar past $20,000—only for the curiosity to dwindle over the next few years, along with its price tag.

By 2020, BTC was trading at under $10,000 until institutional interest flowed into the cryptocurrency sphere.

Digital currencies can be considered a hedge against possible inflation fueled by the pandemic, prompting another bull market to help Bitcoin break past $68,000 by early 2021. While the market has since mellowed down to BTC prices at approximately $50,000, BTC still dominates by market cap.

How Does BTC Work?

Bitcoin and other cryptocurrencies only exist online in a secure database called a blockchain. This ledger contains information on all transactions that occur on the network. Members of the community can play the role of “miners,” whose job is to lend computing power to process transactions.

Furthermore, these transactions are peer-to-peer, which means that no central bank plays the role of a middleman between two parties. 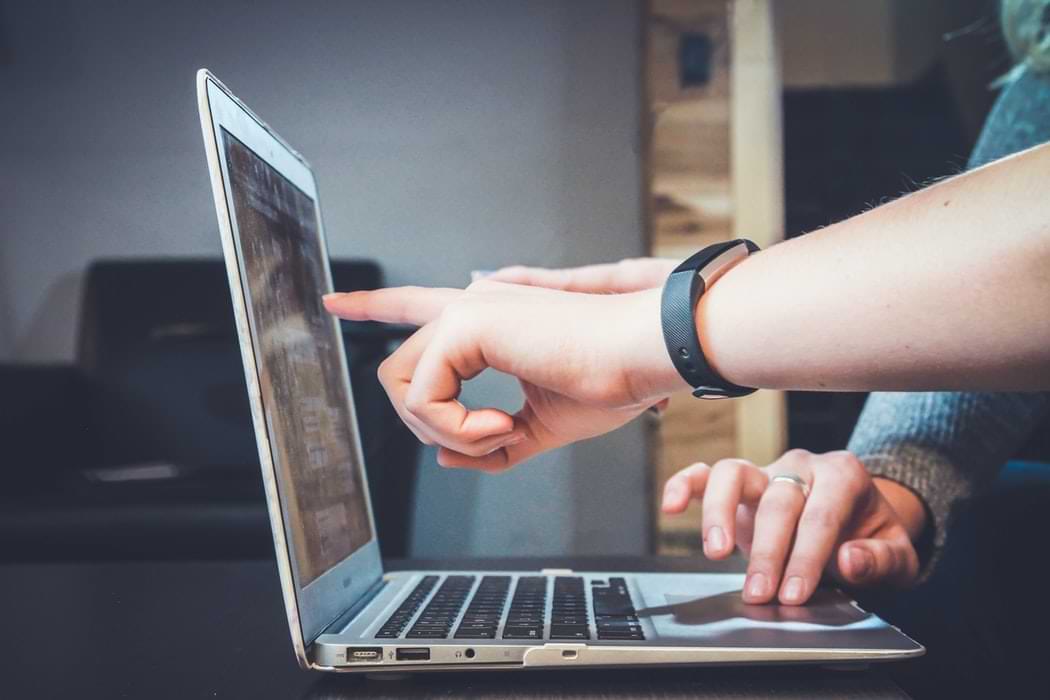 It’s important to know that Bitcoin is a blockchain, while BTC is its native cryptocurrency. The number of BTC minted through mining is limited to 21 million coins - a rule written in the network’s original code.

Meanwhile, Bitcoin introduced the Proof-of-Work algorithm to the crypto market - miners race to compute a cryptographic puzzle, and the winner is granted a block reward of 6.25 BTC. This number was much more significant in the past, but Bitcoin’s halving system - which occurs every four years - reduces the block reward by 50% to prevent the limited coin supply from prematurely running out.

The History of TPR: A Coin For The People

The People’s Reserve (TPR) was developed in Australia by financial experts that genuinely believe in cryptocurrency’s original goal—to remove central institutions from the fiscal ecosystem.

While Bitcoin serves as the vanguard of the DeFi revolution, it has grown to become a coveted investment product rather than usable currency, evident by its nickname “digital gold.”

Moreover, its saturated blockchain, small block sizes, and slow transaction speed has been a massive hindrance to scalability - and this issue isn’t resolving itself anytime soon.

Many altcoins were established to counter Bitcoin’s downfalls, but The People’s Reserve is unique in that it introduces a new coin archetype to the industry, along with innovative digital technology.

In fact, TPR is an anchored coin pegged to the last highest price of gold - an evolution of anchored coin, which are traditionally backed by a fiat reserve of funds.

TPR’s robust blockchain was equipped with a faster transaction speed and the ability to scale to mass adoption. As a result, it’s already found use in small businesses in Australia - a testament to its useability in day-to-day transactions.

This was made possible by simulating a micro-economy through the Reno Crew, a team of home builders paid with TPR, further proving the coin’s use in paying for tangible services.

How Does TPR Function?

The People’s Reserve is one of many new altcoins that are changing the cryptocurrency landscape by exploring ideas beyond traditional blockchain structures, effectively solving existing problems with out-of-the-box solutions. While a clear advocate for day-to-day useability, the network also accounted for passive earning opportunities - all of which were integrated into one convenient app.

A non-collateralized algorithm is standard among anchored coins. It follows a systematic methodology to release new coins into circulation based on the market’s demand.

As a result, the minting rate is usually tied to market focus or volume, which prevents the market from being over or under-saturated with TPR - essentially reducing the risk of inflation or deflation.

Anchored to The Last Highest Price of Gold

Anchored coins can retain a value by being backed by an external reserve of fiat money, valuable assets, and other cryptocurrencies. In contrast, anchored coins latch onto another asset’s value. In particular, TPR is anchored to the last highest price of gold.

One of the best features of blockchain technology is its ability to foster secure transactions, which doesn’t record names, addresses, phone numbers, and other forms of personal information - all of which are required by banks. Instead, peer-to-peer transactions are made through wallet addresses.

While all transactions are recorded in a public ledger, it’s almost impossible for an ordinary individual to trace the origins of each exchange.

Users can earn daily rewards through the TPR app, which compounds mining rewards by up to 12% or more annually - calculated daily. This method allows them to earn rewards based on their holdings without limiting their coin usage with a traditional Proof-of-Stake lock-in period.

Meanwhile, staking through the Permissioned Proof-of-Stake algorithm allows users to leave their funds in the system to compound at a higher rate, acting as a mini time deposit for long-term savings.

Differences Between Bitcoin vs TPR 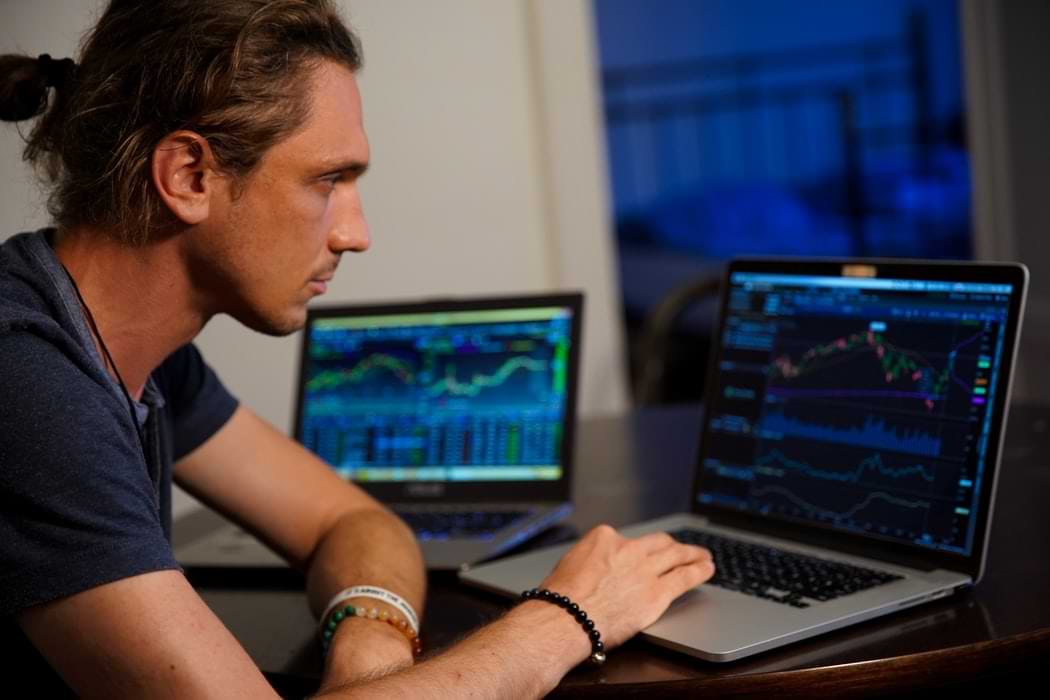 Bitcoin and The People's Reserve bring different features to the table, attracting a diverse user base.

While both Bitcoin and TPR aren’t explicitly stablecoins, it’s essential to know that BTC tends to be far more volatile due to the highly speculative nature of its value.

Generally, coins gain value through consensus, but having an anchor point helps push TPR to maintain a value that closely mirrors its pegged asset. In contrast, BTC is more prone to suffering massive spikes and dips driven primarily by the quickly-changing crypto market, government regulations, and changes in investor interest.

BTC and TPR live in unique blockchains that employ different mechanics and algorithms to manage the network’s security and useability.

Bitcoin’s Proof-of-Work consensus algorithm allows voluntary community participation through mining, but with a high financial barrier-of-entry due to competition.

On the other hand, The People’s Reserve Permissioned Proof-of-Stake also allows voluntary participation with a more minor financial barrier. Regardless, all TPR users can also passively earn block rewards simply by holding coins on the app, enhancing user-friendliness.

The biggest challenge with peer-to-peer transactions is their ability to scale up to mass adoption, which is limited by the infrastructure that they’re built on. In particular, Bitcoin’s blockchain only houses a 1 MB block size - capable of only processing seven transactions per second (tps). In contrast, centralized veterans like Visa can process up to 50,000 tps. Bitcoin transactions are also not cheap, given how network congestion increases the gas fees to speed up the mining queue. For example, the fee for sending 1 BTC can cost an equivalent of $59.

Meanwhile, TPR boasts a transaction time of 2 seconds or less per transaction (compared to Bitcoin’s 10-20 minutes), with up to 25 free transactions per day.

TPR users can enjoy approximately 25 free transactions per day through a dual fee system. Bandwidth points are used to pay gas fees, and each account generates 5,000 of these points daily - with 1 point amounting to 1 byte of data. Transactions are computed based on size, so if a user sends 200 bytes of TPR, the gas fee will also equate to 200 bandwidth points.

BTC vs TPR: Future Belongs to...

It’s hard to deny Bitcoin’s popularity - especially given how cryptocurrency has become an investment phenomenon at the turn of the century. However, the risks surrounding volatility have been driving investors away from Bitcoin’s sphere of influence. Central banks and governments have also been moving to regulate Bitcoin and other risky coins, including China, which accounted for the majority of BTC mining activities.

As an alternative to making a high-risk BTC investment, some have been looking into investing in the more innovative altcoin market. Among today’s most coveted altcoins, The People’s Reserve positions itself as an anchored coin that can provide steady passive returns at little to no risk. Its people-forward philosophy and ability to scale to global demand is also a testament to how it’s bringing forth Bitcoin’s original goal - to become a digital currency for the people.

Between BTC vs TPR, it’s clear that TPR can mitigate some of the former’s disadvantages.

This puts TPR in an advantageous position, especially in a market that’s been hooked on altcoins, spawning debates such as BTC vs ETH and Zcash vs Bitcoin.

Moreover, despite there being widespread cryptocurrency scams that target beginner investors, The People’s Reserve’s affiliation with expert financial figures can put new users at ease.

Ultimately, TPR’s position as an anchored coin makes it an interesting asset that investors may look into for a risk-free and profitable venture - on top of using it as a mainstream currency in the near future. This revolutionary coin has made waves in Australia’s small business sphere - and it’s about to take the rest of the world by storm.

Search
Categories
Latest Post
Bitcoin Price Prediction 2021 and Beyond: Will Bitcoin End the Year in a New High
24 Sep 2021
Should You Diversify Your Cryptocurrency Portfolio?
23 Sep 2021
Safemoon vs. Shiba Inu vs. Dogecoin
22 Sep 2021
Be Aware! 5 Things to Look After to Ensure Your Crypto Wallet Is Safe From a Scam
15 Sep 2021
BTC vs TPR: The Revolutionary Coin of The Future
10 Sep 2021
Bitcoin Price Prediction 2050: Will BTC Take Over The World?
09 Sep 2021
Hard & Soft Forks That Resulted From Bitcoin
03 Sep 2021
Bitcoin Forks: Protocol Changes In The Network
01 Sep 2021
Bitcoin vs Ethereum vs Litecoin: Influence of the Different Cryptographic Algorithms
29 Aug 2021
Dash vs. BTC: Has Dash Overcome Bitcoin's Drawbacks?
27 Aug 2021
Related Posts

Should You Diversify Your Cryptocurrency Portfolio?
23 Sep 2021

Just add your email and request the video.