The Future of Cryptocurrency: The People’s Reserve

Bitcoin’s value hike has everyone excited about the future of cryptocurrency. “Institutional money is coming to Bitcoin!” is a rallying cry among a lot of enthusiasts who have long waited for mainstream validation, getting louder and louder as they celebrate what they perceive to be the ushering of a decentralized global economy.

If there’s one thing that everyone can agree on, it’s that cryptocurrency gives society a chance at a future that’s more independent of banks and governments.

However, is the Bitcoin framework really the way to go? If not, is there another currency that will replace it? Does this currency already exist?

No, yes, and yes. But first, what did Bitcoin do right, and at which point did it drop the ball?

How Bitcoin Changed the Game, Then Lost It

If there’s one thing that one can learn from Bitcoin, one of the top cryptos, this far into the crypto revolution, it’s that cryptocurrency is driven by innovation. Bitcoin was designed to be a study on decentralization: an attempt to create a currency free of banks and single managers.

Bitcoin is also coded to rise in value: it is finite (there will only be 21 billion Bitcoins in existence), and it is coded to be cut in half every four years. Bitcoin had to overcome an unsavory reputation and fight long and hard for regulatory legitimacy.

In other words, Bitcoin crawled so all the other currencies in circulation could run. 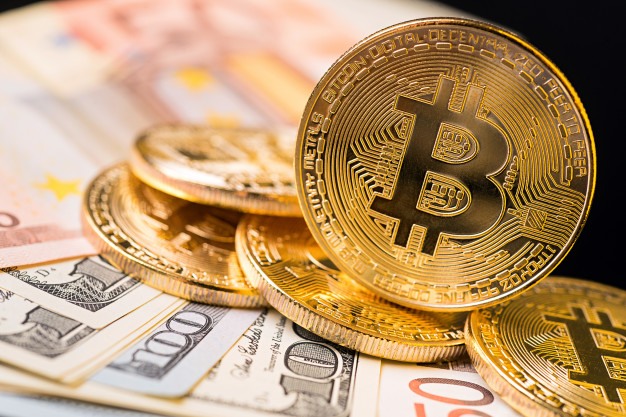 The Fight for Relevancy

While Bitcoin literally set the course for the boom that cryptocurrency is currently enjoying, sadly, it has failed to get on with the times. Bitcoin’s five-transaction-per-second speed is lamentable: Ethereum is currently supporting 30 transactions per second (and they are aiming for 100,000 with the Eth 2.0 upgrade), EOS boasts a whopping 50,000, and newer projects like NEO platform and Futurepia are designed to hit 100 to 300,000 transactions per second. Its volatility makes it more of an extreme sport than an actual, functioning currency. At the very least, Bitcoin’s volatility is a constant source of top-tier memes:

In the same way that banks treat gold as a dead asset (assets that generate no return), Bitcoin can become a store of value with no real purpose as a currency, and no power to usher in the new, decentralized economic system that it once promised.

Think about it: what would happen to holder’s precious Bitcoin investments should people collectively decide that it’s not that relevant anymore?

On the other hand, stablecoins (currencies whose value is tied to a “stable” asset such as fiat money and exchangeable commodities) are a product of innovation. It has been established as a way to shield owners from the volatility of Bitcoin. That’s great, right?

By being completely dependent on an asset, a lot of stablecoins are missing the chance to forge an entirely new financial ecosystem.

A lot of stablecoins are missing the chance to innovate through the blockchain.

Coding the Future of Finance

Just as Bitcoin coded its reduction in supply, the currency of the future has innovation written in its code: rules and parameters can be designed in accordance with the rules of stable economics. Since it needs to be stable enough to be functional, the ideal currency will most likely be a stable coin tethered to the value of a stable asset like gold, but not so much that factors affecting the current economic system can also severely impact its performance.

Blockchain gives us a new era of possibility: a cryptocurrency that maintains the delicate balance between stability and innovation.

Future Economy: Power In the Hands of the People

What determines the value of cryptocurrency?

One thing: consensus. Enough people should agree that the coin is worth what it says it’s worth. For example, businesses willing to accept the coin at the coded price create a consensus. More than that, merchants are actually transacting using the coin, at the agreed-on value, which takes the currency outside the realm of pure speculation into the real world.

It took Bitcoin 12 years to create consensus, and it was an uncertain, but ultimately lucrative ride, especially for those who have HODL’d their way since the beginning, through Bitcoin’s breakneck highs and swooping lows. An overview of the ongoing journey:

Bitcoin cleared the path for other currencies in terms of regulations, and in that sense, it is a pioneer and leader in its own right. However, Bitcoin has reverted to a store of value instead of a proper, functioning currency.

Innovation will come in the form of a coin that has, since its inception, worked hard to gain consensus, a coin that is actually being utilized in real-life commercial transactions.

Bringing the Wealth Back to the People

Banks earn trillions in compounding wealth. Imagine a world where that wealth is distributed to the people. Case in point: the Dutch economy, where bonds were paid to individuals (not banks). A study of the trends spanning 670 years showed that the higher the interest rates are on the money borrowed by the government from the people, the better the economy got. According to the graphs, economic growth sloped down as interest lowered (as is in the case of the Dutch Revolutionary War, where the government borrowed money from the people to fund the war efforts, which caused the economy to slide.)

Imagine a cryptocurrency that compounds at a rate of 12% annually. That gives people more control over their financial futures.

The thing is, there’s no need to imagine something that already exists: The People’s Reserve.

The People’s Reserve (TPR) is a stable coin coded to the last highest price of gold, providing the stability required to ensure the future of anyone who chooses to acquire the currency, which is one of the main TPR advantages.  . More than that, people are already using it. Businesses already have faith in it.  As more people join the community and sign up to be early adopters of People's Reserve cryptocurrency, the stronger the consensus will be.

Merely owning TPR entitles one to a 12% compounding interest per annum, which means that even the coin’s interest is gaining interest -- there’s nowhere to go but up. The transaction speed is conducive to immediate commercial adaptability (2 seconds).

There are new coins being minted on a daily, and if one thing’s for sure, cryptocurrency is heading towards the mainstream. Good coins innovate existing systems, but the exceptional ones seek to turn it on its head.

Revolution is underway, and everyone’s welcome to join in.

What is the most innovative cryptocurrency that you know? Share your thoughts in the comments section below.