Currency Converter
The Top Coins > Blog > Blockchain News > Latest News > What is A Bull Market and How Will it Affect Bitcoin? 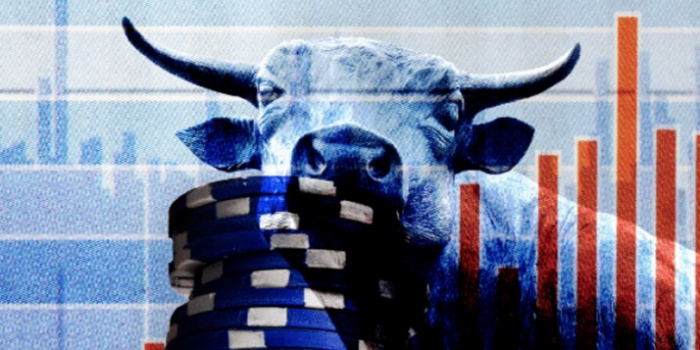 What is A Bull Market and How Will it Affect Bitcoin?

If you are new to the world of cryptocurrency or world of investments, then there may be some terms you are not familiar with. If you follow cryptocurrency news, you will hear a lot of these such as "stablecoin" "altcoin" and "downward/upward wings". Right now, the most important term you should be aware of is "bull market."

A bull market is a very profitable time for any investor. Currently, we are seemingly about to enter a bull market with Bitcoin, according to Mike McGlone who is a Commodity Strategist at Bloomberg Intelligence. If this is true, then we will see another spike for Bitcoin as we saw in 2017. This may also last longer due to several other factors.

Now, what exactly is a bull market?

To explain why this is happening now, you need to understand how  Bitcoin  is mined.

People used to be able to use their own PCs and GPUs to mine for Bitcoin on its blockchain by processing transactions. After you had processed a certain amount, you were rewarded with Bitcoins. This year, we saw a Bitcoin halving event. This means the number of Bitcoins you could mine was cut in half. This made it much harder for miners to obtain the same amount of coins they were used to, and along with this, there are massive Bitcoin mining farms in places like China. The process of mining for average people was made much more difficult.

With the supply going down since May, (which was when the halving event happened), the price has slowly increased. Over the past month or so, some news has broken that will inevitably fuel peoples desires to own Bitcoin.

This news includes PayPal's announcement to offer Bitcoin trading  in 2021. Along with two people, Paul Tudor Jones, and Mike McGlone, who're two very prominent businessmen. They have both stated that Bitcoin is about to take off. They both have a lot of influence so expect more people to invest in the coin.

Going into the last few months of 2020, we could see Bitcoins price, which is currently $18,600 AUD go up slightly and then continue to grow next year as more people are exposed to it. Thanks to PayPal.

The supply of Bitcoin is limited, as only 21 million coins can ever exist. Right now, we have 18.5 million in the wild, but if the current halving events continue as they are. It will take another 100 years to mine for the last 2.5 million.

It is an exciting time to be a cryptocurrency investor, so if you want to track Bitcoin's progress over the next few months. Click here and use our crypto tracker.

Bitcoin Price Prediction 2021 and Beyond: Will Bitcoin End the Year in a New High
24 Sep 2021
Receive $250 in Digital Currency
By Answering 5 Questions
about Cryptocurrency