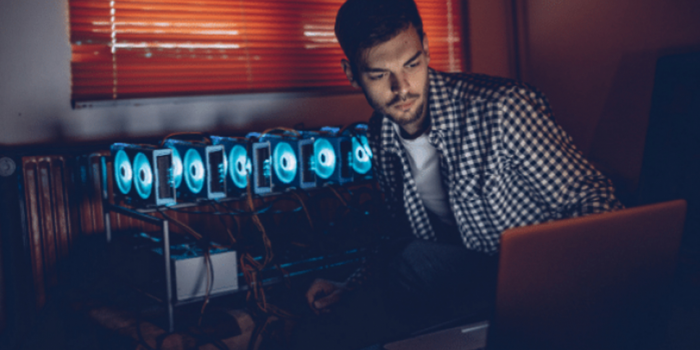 The Future of Cryptocurrency Mining

Cryptocurrency is set to make some significant strides in 2021. This is due to the PayPal Company that will allow their users to buy, store and sell cryptocurrency on their platform. Along with the Ethereum 2.0 network which is set for release in the next few months. It is a perfect time to be in the crypto industry, but what about the future of mining?

Mining has been the primary way that people have obtained their cryptocurrency and have devoted a lot of time, money, and effort to creating the most efficient mining setups. Even those who just use their regular PCs have spent hours in mining.

Will mining be the same going forward?

Mining has already changed in the past three years along with new innovations and new limitations which has made people adapt to and change the way they mine for cryptocurrency.

Four years ago, it was pretty simple to download a mining program to your PC and just let it run. Yes, you wouldn’t get rich, but you could still mine comfortably. This has changed, especially for Bitcoin miners as the market has made it near impossible for the average person to make money from Bitcoin mining.

Why it makes hard to mine bitcoin for an ordinary person?

Every four years Bitcoin undergoes a halving event where the number of coins that can be mined gets cut in half, thus making it harder for people to acquire vast amounts of coins just through mining.

In places like China where electricity is much cheaper, people have set up Bitcoin mining farms that consist of hundreds of GPUs and ASICs. This takes a considerable chunk out of the available coin market.

These days it is not efficient to use your regular GPU to mine if you want to take it seriously. You will need to fork out an extra $1,000-$3,000 for an ASIC rig which is essentially a Bitcoin mining machine.

It is not just Bitcoin that is suffering a mining change either.

Ethereum is about to undergo its biggest update to date with the launch of its Ethereum 2.0 network which will see the speed of its program increase dramatically. This is good, but they have also changed the way that people mine for Ethereum.

Right now, Ethereum currency uses a proof-of-work model. You get Ethereum for doing work with your own GPU. Once you can prove you’re doing the work, you’ll get rewarded with coins. However, in the new update, they are changing to a proof-of-stake method. This program will do the mining for you. This only works if you deposit at least 32 Ethereum into it and prove you are a genuine stakeholder.

Mining for smaller coins like Dogecoin and Litecoin appears to be unchanged. Still, for the two main currencies, it is about to get a lot more competitive. This can be good and bad depending on how you look at it.

If you are still going to mine and want to keep an eye on the market, click here  and use our crypto tracker.

Do you want to learn more? Check out this video from The Top Coins Youtube: