Ethereum vs Dash: Up to Date Comparison

For the past two quarters, all eyes were on Bitcoin’s incredible bullish run. But now that the hype has died down and BTC prices have been suffering from one incident after another, investors are looking beyond the cryptocurrency giant, shifting their attention to the altcoin market.

While the altcoin market is saturated with various coins with massive growth potential, Dash (DASH) stands out for being a highly scalable network. Dash was released in 2014 and was inspired by Litecoin’s blockchain design (which was, in turn, inspired by Bitcoin). As a third-generation network, Dash addresses many of its predecessors’ issues, with the biggest being scalability––but more on that later. The coin is popular for penetrating compromised markets, such as Venezuela, garnering a 562% increase in active users in 2020.

We’ll compare Dash against Ethereum, the leading smart contract blockchain that houses one of the most useful altcoins on the market, Ether (ETH), to help you make an investment decision.

Ethereum is well-known for not being the most scalable blockchain on the market. In particular, its decentralised Proof-of-Work mining algorithm is a huge hindrance to its ability to scale up. This is mainly because allowing millions of miners to compete in the network causes the system to clog up and slow down. Ethereum was built to only process 10-15 transactions per second (tps), which naturally can’t keep up with the blockchain’s demand. As a result, you need to pay huge gas (processing) fees to transact on the Ethereum network.

On the other hand, Dash boasts a significantly more scalable network at 56 tps, which allows the network to handle a much larger influx of transactions.

Dash is an extremely private and secure blockchain with robust measures in place against hacks, making it one of the safest networks available––evident in its primary value proposition as the first “privacy-centric cryptocurrency.”

Apart from being near-unhackable, Dash also has an important feature called PrivateSend. Because blockchains are public ledgers of transactions, anyone can trace the movement of each coin––down to its inception. However, PrivateSend allows you to uphold the highest level of online security through a process called CoinJoin, which involves taking a number of coins and mixing them with a pool of others. It will make your transaction history very difficult to trace.

Both Dash and Ethereum are susceptible to the volatile cryptocurrency market, having experienced massive dips and spikes over the years. However, both have historically followed the 2017 and 2020 bullish market led by Bitcoin.

Ethereum’s Proof-of-Work mining algorithm isn’t new. It’s the same traditional model that early networks, including Bitcoin and Litecoin, adopt. The resource-intensive process has gone under fire for environmental sustainability concerns as it uses up massive amounts of energy––sometimes matching the annual energy consumption of small countries. However, it’s a very decentralised method that allows anyone to participate, granted that you have the hardware to do so.

Dash also employs the Proof-of-Work X11 algorithm, which functions similarly to Ethereum. But it has a secondary passive earning opportunity in the form of masternodes––a unique but highly decentralised process that can make or break your decision to invest in DASH coins. To put it simply, you need to put up a 1,000 DASH stake to qualify to become a masternode on the network.

This role provides additional layers of security and is primarily concerned with InstantSend, PrivateSend, and ChainLocks. The coins serve as collateral that ensures you do the job correctly and without cheating. If you violate any terms, your masternode will be nullified and will stop receiving rewards. Masternodes are extremely lucrative as they earn 45% of the block reward. But there’s a huge barrier of entry––1,000 DASH today is worth $271,000.

In terms of purpose, Dash is a straightforward peer-to-peer exchange system, but unlike its predecessors (Bitcoin and Litecoin), it’s significantly more security-focused. If you value full-scale blockchain anonymity, then DASH coins may prove to be a suitable investment.

In contrast, Ethereum’s more robust smart contract-compatible network empowers programmers to develop decentralised applications on the blockchain, spearheading the spread of blockchain-based technology. Because Ether is used to cover all related fees and collaterals on the network, it’s a very useful token that will remain relevant––as long as Ethereum is widely-used––regardless of market value. 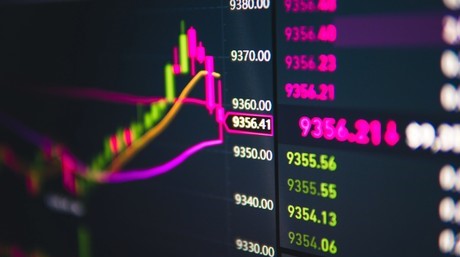 Ethereum also experienced shaky grounds after losing its lustre from the spike to over $1,000 in 2017 to barely reaching $100 a year later. However, between 2020 and 2021, Ethereum gained huge leverage from the bullish crypto market and a sudden market interest over non-fungible tokens, most of which are minted on its blockchain. ETH gained approximately 1,110% between April 2020 and 2021, with an all-time high of $2,645.

Dash is the more quiet network of the two, which is why it’s difficult to gauge how well it will do in the future. With no major updates to back it up, DASH prices haven’t been the most stable, despite experiencing some of its biggest wins in three years. However, with an already large audience in areas like Mexico and Venezuela, DASH isn’t a coin that will fade away anytime soon. It’s a worthwhile investment despite only ranking #47 by market cap.

Ethereum has been on a roll as its network has, once again, proved how usable it is in the bigger blockchain industry. Because Ethereum 2.0 is on the horizon, and the current network is very active, many turn to ETH as a primary alternative to Bitcoin. It’s normally a great investment, but experts fear that ETH’s current price is a bubble about to burst. As a result, investing in ETH can be a little risky––it’s up to you to decide whether it’s worth that risk.