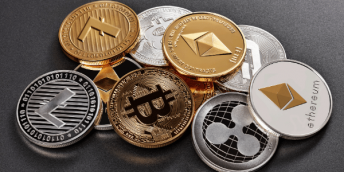 Stablecoins Vs Altcoins Vs Bitcoin

Navigating around the world of cryptocurrency can be confusing because the technical jargon can be a steep learning curve! From blockchains to coins and tokens and all the derivatives that fall under these overarching themes––there’s a lot for newcomers to take in. One of the most important distinctions you need to know is the difference and correlation between a Bitcoin and an altcoin and a stablecoin.

Underneath the umbrella of “Cryptocurrency”, several branching types attempt to claim better than others. These types have their counterparts but they all have their own strengths and weaknesses.

First, let us give you some quick definitions of them and explain the which are differences between stablecoins vs altcoins vs bitcoin.

A stablecoin is a form of cryptocurrency with its value linked to an outside source, such as the American dollar or gold, giving the coin a stable value. This stability is what sets stablecoins apart in the otherwise volatile crypto market.

Cryptocurrency is known to experience massive spikes and dips in prices, making it off-putting to investors who favour fiat money’s stability. This is where stablecoins come in. They’re coins tethered to a specific reserve of funds called “collateral,” usually gold, fiat money, or cryptocurrency, at a 1:1 value. For instance, each Tether (USDT) has a 1 USD equivalent in assets, so you can theoretically exchange 1 USDT for 1 USD.

Is Bitcoin a stablecoin? It’s not––but there are ways stablecoins can help you protect your wealth when investing in BTC and other tokens. Stablecoins are commonly used when investors want to convert their coins to prepare for a dip in value without leaving the cryptocurrency ecosystem. It’s more costly and time-consuming to withdraw BTC to your bank account instead of directly trading them in for another coin.

So the best solution for retaining your wealth without involving third-party intermediaries is to trade your BTC (or altcoins) for USDT (or other stablecoins). That way, you essentially own the same value, but in different forms.

This is an abbreviation meaning “Alternative to Bitcoin” and represents all cryptocurrencies that aren’t Bitcoin (BTC). Some well-known altcoins include Ethereum (ETC), Litecoin (LTC), and Dogecoin (DOGE). They make up a competitive sphere that follows the footsteps of the Bitcoin evolution while addressing its limitations along the way.

What makes altcoin cryptocurrencies unique is that they’re not necessarily trying to overpower Bitcoin but are instead trying to help the industry move forward through innovation. For instance, VeChain (VET) is popular for its massive contribution to supply chain management––especially after COVID-19 had further complicated the process. Meanwhile, Ethereum (ETH) and Cardano (ADA) ’s platforms allow others to create decentralized applications in the most streamlined way, opening doors for building the decentralized finance sphere.

There are over 4,000 altcoins on the market, and more and more are being developed and minted every day. Categorizing them will make it easier to understand how they differ in value and function.

These are altcoins that you can “earn” through a process called mining. You may be familiar with this concept if you’ve been following Bitcoin, which has famously put the GPU market in a tight spot after its all-time highs triggered newcomers to jump in on the minefield. Mining is a process where you use computing power to solve complex mathematical equations. You earn coins every time you successfully unlock the puzzle or create a new block on the chain. Some mining-based altcoins include Ethereum (ETH) and Litecoin (LTC).

Security tokens are coins linked to a particular business and released through an initial coin offering (ICO), where investors put money to fund the venture. If you’re familiar with stock market investments, it’s important to know that security tokens operate similarly. As an investor, you’re promised some form of a dividend in the future––usually the right of ownership to the company. Security tokens include the recently popular Monero (XMR) and Dash (DASH).

Utility tokens are very niche in the market. They’re tokens used to fund the network in exchange for guaranteeing buyers that they’ll be allowed to utilise the network’s products and services. Rather than an investment that will net you dividends in the future––like security tokens––utility tokens’ value goes up when the demand is higher than the supply. Some examples include FunFair (FUN) and Timicoin (TMC).

While we discussed stablecoins in detail above, it’s important to know that they’re a category of tokens that fall under altcoins. Some popular stablecoins include Tether (USDT) and Paxos Standard (PAX).

Bitcoin (BTC) was the first cryptocurrency to successfully enter the mainstream market and exchanges. It was minted in 2009 by an anonymous identity that went by the moniker, Satoshi Nakamoto. Its blockchain supports the Proof-of-Work mining algorithm and works toward one goal: fast digital transactions with no intermediaries in-between.

Bitcoin is the oldest form of cryptocurrency and still dominates the entire crypto industry with an impressive 79% market share. It went through ups and downs and various bull markets, but its most notable achievement occurred recently––when it broke through a $61,000 all-time high.

While BTC is currently trending on a flat line, trading at $57,000 as of today, it still gains the interest of major institutional investors. Many independent investors also see Bitcoin as the most streamlined entryway to the cryptocurrency world. However, keep in mind that all investments inherently come with risks––including Bitcoin. 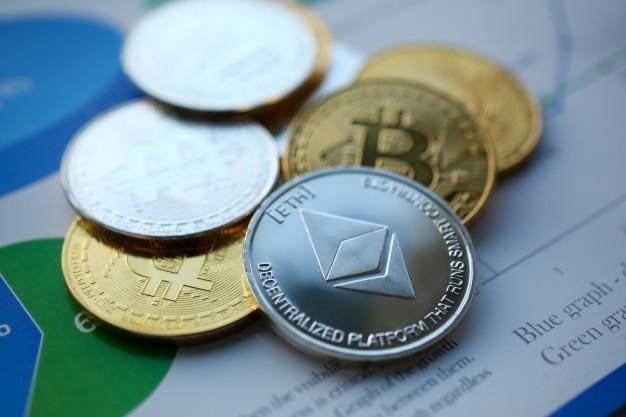 Which are the Weaknesses?

Out of these three, which is the better choice?

It comes down to what kind of person you are. These three types have different requirements and different levels of commitment.

Stablecoins require very little monitoring as they're usually saddled with a much bigger outside source. For example, if you buy Tether unless something big happens to the economy. You will not need to monitor it every day. While if you invest in Bitcoin, to make any profit, you need to monitor the market for any signs of a spike or dip continually.

Altcoins are the middle ground here and are the usual go-to for new investors. Their price of entry is usually attainable and affordable for the average person.

If you are a newcomer to the crypto game and want to know which is best for you, then we suggest starting small with an Altcoin. Our recommendation would be Ethereum. It is a reliable cryptocurrency and is backed by big companies such as Microsoft. It is also expected to spike in price next year, so now is the best time to invest in it, even if it is just a little to start with.

All cryptocurrencies are different, so it is important to choose the one that will match you. That way, you can optimize your potential profits and save yourself a lot of time and heartache.

Always remember that there are inherent risks with any crypto you invest in, regardless of the type. So, do plenty of research before investing in anything.

To track how your chosen crypto is going, use our crypto tracker on our main page.

What’s the difference between altcoins and stablecoins and Bitcoins?

Bitcoin was the first cryptocurrency to enter the market, giving it an independent identity from all other tokens. Meanwhile, all coins, except Bitcoin, are considered altcoins, or “alternative coins.” Stablecoins are forms of altcoins that don’t experience volatile spikes as their value is tethered to an external reserve of funds.

Is it better to invest in Bitcoin or altcoins?

There isn’t a right or wrong in investing. It’s important to stay up-to-date with the market trends and analyze each coin's price history before putting a large sum into one asset. Alternatively, distributing your investments to both Bitcoin and altcoins is also an option.

Is Bitcoin a stablecoin?

Bitcoin is not a stablecoin as its value isn’t pegged to another asset. A coin only qualifies as a stablecoin if there is a “collateral”––or an external pool of funds––that corresponds to each coin in existence. For instance, for each USDT, there is one real USD that backs up its value.

Should you buy stablecoin?

Like any other investment, it’s important to do your research before deciding to purchase stablecoins. However, as these are stable assets, there isn’t much worry about prices fluctuating or spiking, or dropping. Stablecoins are useful for holding funds in the form of cryptocurrency instead of fiat money.

Which crypto to buy now?

It’s important to look through historical data, market statistics, and the latest news before deciding which cryptocurrency to buy. Coins doing extremely well will usually see a rise in value, but market behavior can also influence price, so it’s important to scrutinize the situation before making a purchase.