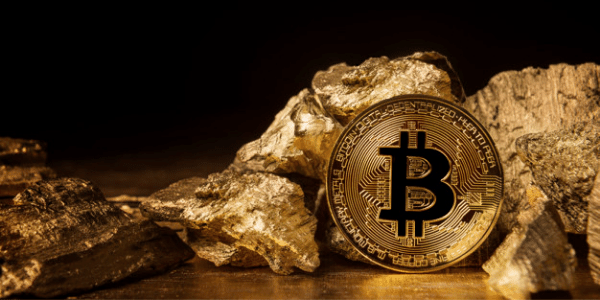 "If you are different from the rest of the flock, they bite you" - Vincent O'Sullivan.

This may be a very out there metaphor, but when you think about it, it's very accurate as this was the scenario when Bitcoin first came out. It seemed that every institution was warning people against Bitcoin and had zero faith in it.

A lot can change in 3 years.

In 2020, Bitcoin and cryptocurrency are thriving because of doubts in big banks, traditional currency and the looming threat of a recession on the horizon. People are looking for a way to save themselves and jumping onto Bitcoin seems to be what they are doing, and this is not just speculation. According to Glassnode, 25,000 new Bitcoin accounts were created in only one hour, which is insane and has not been seen since January of 2018.

We also have former critics of Bitcoin such as "Dr Doom" Nouriel Roubini who have said they believe Bitcoin is a good store of value. However, he still stands firm on it not being on the same level as traditional currency or CBDCs.

Influential investors such as Paul Tudor Jones have also come out and given Bitcoin their stamp of approval. They say this current bull market is like nothing we have seen in the past and will be sustainable unlike the last. Even Mike McGlone of Bloomberg Intelligence has praised Bitcoin and predicts it will skyrocket in price in 2021.

We have told you about all these, but there is something more significant.

BlackRock, who is the world’s largest asset manager who touts over $7.4 trillion worth of assets under their belt have come out and said Bitcoin is the future. In an interview with CNBC, BlackRock Chief Investment Officer Rick Rieder said "Do I think it is a durable mechanism that—do I think could replace Gold to a larger extent? Yeah, I do because it's so much more functional."

Whenever someone comes out in support of Bitcoin, it is an excellent win for the crypto community. Still, when BlackRock comes out and says Bitcoin could replace Gold somewhere down the line, it is a different level of excitement. The world’s largest asset holder said that Bitcoin, this once nerdy kid who no one liked is about to replace the most popular kid in school, Gold.

Bitcoins price is $25,803 AUD and is set to blow past its last highest price within the next few months, so to keep up to date with it click here and use our crypto tracker.