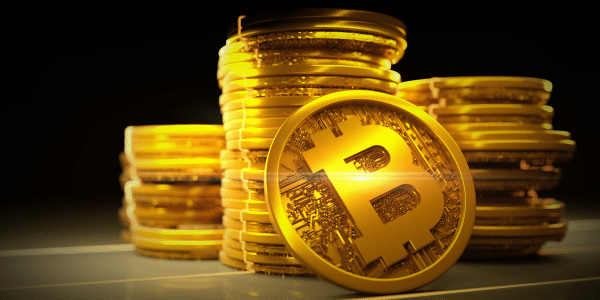 In the past month, Bitcoin’s value has grown exponentially to levels the market has never seen before. From its $20,000 milestone in mid-December to over $38,000—and still growing—today, Bitcoin continues to live up to its identity as digital gold. And its growth hasn’t stopped. With anywhere from 3% to over 10% in gains over each 24-hour period, JPMorgan has forecasted that the coin has the potential to reach the $146,000 mark in the long term.

Bitcoin hasn’t left the headlines in the past month because its out-of-this-world price breakthroughs mark a sky-high milestone for the industry, and it’s gotten many people excited. Who wouldn’t, when all the most influential financial edits have been reporting every little implication associated with this rise. It’s not just ordinary people who have finally caught on to the crypto-high, though, as Bitcoin has finally made it to the world of influential financial figures.

In November of last year, Bill Miller, the legendary Wall Street investor, stated that he highly recommends investing in Bitcoin despite the massive price surges. He branded it as the “single best performing asset class” over the past decade, beating physical gold. Stanley Druckenmiller, a billionaire hedge fund investor, also jumped into the Bitcoin craze late last year. He’s one of many other high-profile billionaires to put Bitcoin into their investment portfolio.

The bottom line is that Bitcoin’s latest bull run has brought plenty of attention to BTC and cryptocurrency as a whole. But Bitcoin’s early days weren’t spent in the same adrenaline-filled, high-profile playing field. It started humbly in 2008 when one person’s big idea stole the hearts of its first few miners—and the rest is history.

From 1998 to 2008, the world went from warming up to modern technology to embracing its mass adoption. In-between those years, some great minds started to think of ways to leverage the idea of digital money, which was first coined in 1983 by David Chaum in an attempt to make financial transactions anonymous. The pre-Bitcoin attempts of creating online currency followed the idea of anonymity through the use of encrypted ledgers.

Hashcash was one of the more successful products of this era. It used the Proof of Work model, which may sound familiar because it’s the same algorithm that Bitcoin still uses to generate coins. In 1997, interest for Hashcash grew, and its system faced a processing power issue that made it less-than-ideal. While it was able to bounce back from that failure, people lost interest in Hashcash, and it eventually lost its place as a pre-cryptocurrency coin.

But Hashcash’s legacy still lives on, as Bitcoin adopted many of its systems and used them as a springboard to become the frontrunner of cryptocurrency that we know today.

On October 31, 2008, at the heart of the financial crisis, a mysterious individual who went by the pseudonym Satoshi Nakamoto posted a message on a cryptography mailing list with a link to a white paper titled Bitcoin — A Peer-to-Peer Electronic Cash System. Mr Nakamoto introduced Bitcoin as a decentralized digital currency, which doesn’t rely on a central administrator to process transactions. Instead, anyone with a computer can be involved in the public ledger of transactions. People can send coins to each other through a peer-to-peer network without relying on third-party intermediaries, such as Paypal or banks.

The idea was revolutionary, but it only reached a small, select audience. It wouldn’t be years later before most corners of the world would even know the words “Bitcoin” and “cryptocurrency.” 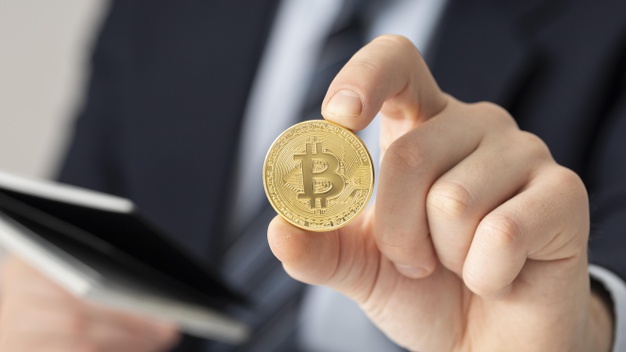 On January 3, 2009, the first cryptocurrency block was mined, spearheading the launch of Bitcoin’s blockchain network. It became known as the “genesis block,” as it marked the beginning of a generation of digital currency. For a while, BTC was only available through mining, a process where computers solved complex puzzles to generate new BTC or validate previous transactions. Because there was no monetary value associated with the coin, only hobbyists and enthusiasts took part in the process and traded coins for fun.

Chapter 3: The Start of Value-Based Transactions

There wasn’t a clear way of assigning a value to cryptocurrency, which, at this point, was still a very new concept that most of the world had no idea about. That changed on May 22, 2010, when a man from Florida named Laszlo Hanyecz took to the bitcointalk forum and proposed a deal. He offered to pay 10,000 BTC for two large pizzas delivered to his home. A British man accepted the offer, marking the first value-based Bitcoin transaction.

The two Papa John’s pizzas sent to Hanyecz’s home mark a historical moment in Bitcoin history. For the first time, a larger scale of people saw the possibility of making day-to-day transactions with cryptocurrency. Today, those 10,000 coins would be worth over $387 million.

Trading Bitcoin became more widespread. People negotiated deals in forums, where BTC was exchanged for a range of goods and services. There wasn’t a hard set value for Bitcoin at this point, as people perceived BTC in however way they wanted. Bitcoin appeared in coin exchanges in 2010, streamlining the buying and selling process, and finally giving it a global value against the dollar. It started by costing only a few cents but eventually moved on to become a highly volatile asset.

Chapter 4: The Emergence of Altcoins

Bitcoin’s audience started to grow as more and more people became attracted to the idea of cryptocurrency. But even during the earliest stages of Bitcoin’s design, the issue of transaction speed, cost, and privacy were already present. Some people understood these flaws and attempted to create their own blockchain networks to address the former’s issues. It resulted in the emergence of altcoins—short for alternative coins—which are cryptocurrencies that came after Bitcoin’s historical rise.

Litecoin (LTC), Namecoin (NMC), and Ethereum (ETH) were some of the first to make it to the public in 2011. They aimed to improve Bitcoin’s code and transform it into a system that can adapt to other uses. For instance, Ethereum’s network can be used to create decentralized applications. This diversity of purpose is present even in the modern cryptocurrency sphere.

In 2013, BTC was trading at a humble $13.5. Prices started to spike at the start of the second quarter of the year, when it saw an increase to over $200. Bitcoin had never crossed the $30 line until this point, so it was a huge milestone, but raised concerns among conservative investors. Mass media coverage drove this short-lived bull run, as Bitcoin reached a mainstream audience for the first time and garnered interest among less-informed individuals.

Its first massive meltdown in 2013 came at the end of April, shortly after reaching the $233 price point. Its value went down to $67 in one night–a 71% drop that took over half a year to reclaim. But that wasn’t the worst of the year. Bitcoin’s price remained stable at $120 for a few months until the end of November, when it saw the second bull run of the year, surging prices up to $1,150. A month later, by mid-December, the infamous 2013 Bitcoin bubble happened. Prices plummeted to $300, and it would take years before the coin would reclaim its former glory.

The collapse was caused by a series of events. First, Chinese investors took a sudden interest in Bitcoin—a trend that started in October of 2013. The demand was so exponential that prices in Chinese exchanges scaled almost twice compared to other exchanges worldwide. With so many people purchasing the coin at a short period, prices fluctuated and became unstable. Generally, a 20% to 30% price spike overnight is unsafe as it can suddenly plummet just as quickly.

Second, the Chinese government started cracking down on cryptocurrency. On December 5, 2013, China’s central bank banned banks from processing Bitcoin transactions. This event was likely the catalyst that caused the major Bitcoin bubble.

Chapter 5: The Perfect Set-Up For Crime

One of cryptocurrency’s biggest downfalls is that it’s completely digital and anonymous, making it attractive to hackers and criminals looking to score big bucks. In 2014, the world’s biggest Bitcoin exchange, Tokyo-based Mt. Gox, ceased its operations—and that was the last people saw of the site and 850,000 BTC. This event became a worldwide phenomenon, which remains one of the biggest Bitcoin theft cases in history.

The story went like this: Mt. Gox handled approximately 70% of all BTC transactions from 2011-2013. But its reign wasn’t smooth, as it had to deal with technological issues from outages and hacks, to run-ins with the US government and a lawsuit worth millions of dollars. In 2014, Mt. Gox suddenly shut down, deleted its social media, disappeared along with 850,000 BTC, and filed for bankruptcy. In total, about $450 million worth of BTC were stolen, which would equate to over $33 billion today.

The wild ride was driven by a hacker who had been stealing Mt. Gox’s BTC supply from 2011-2013, remaining under the radar the entire time. While recent developments merit positive news for victims (spoiler: they’re getting their money back), the theft represents one of cryptocurrency’s biggest downsides. The digital sphere is a hub for criminal activity, and both blockchains and users need to amp up security to prevent the same mistake cycle. 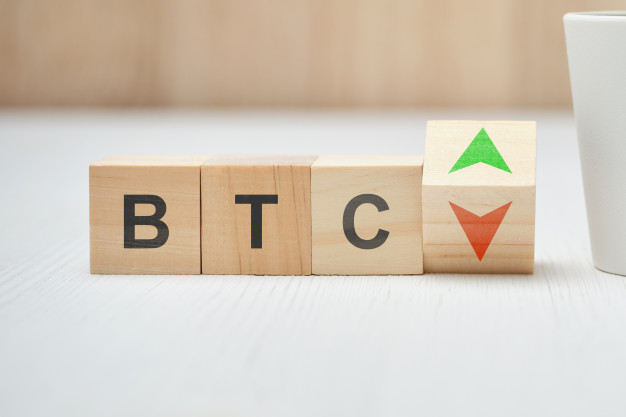 In 2017, Bitcoin was the first to reach yet another legendary milestone: a value of $10,000 per BTC. It continued to rise and fall in value and garnered the interest of more and more individuals and corporations. Now, in 2021, Bitcoin is experiencing what is perhaps its greatest bull run yet. With prices steadily rising by the thousands daily and a projection of reaching the $100,000 mark soon, the horizon is looking positive for BTC—for the meantime, at least.

Given the market volatility and more governments looking into cryptocurrency, any major developments—such as globally adopting cryptocurrency or banning it completely—will affect Bitcoin, whether positively or negatively. It’s come a long way since its early days where hobbyists enjoyed the cryptocurrency purely for its novelty and concept. Now, it stands at the throne of the world of investments as a digital gold derived from a whitepaper and an individual’s ambition.