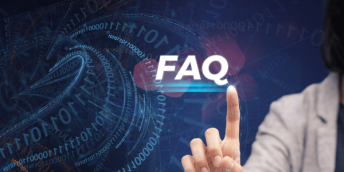 At this point, most people have heard of Bitcoin through news articles and the big boom period in 2017. Still, very few really know anything about Bitcoin, which could lead to confusion about what Bitcoin is and how it works.

Bitcoin has been all over the news for the past couple of months, primarily because of the latest events in the coveted chapters of the Bitcoin evolution. In February 2020, the Bitcoin price was sitting at a conservative $9,600. By December, it surged to $29,000. And in February 2021, it’s now at an all-time high of $53,000 (updated February 20, 2021). That brings BTC’s YTD gains up to over 550%–a rare occurrence in cryptocurrency history, especially for a coin that isn’t brand new.

But with all the hype surrounding the coin, many are left wondering what are Bitcoins and how an intangible, digital currency can rack up so much institutional support and value. We prepared this Bitcoin FAQ to clear all the basics up for you.

Bitcoin is a blockchain that aims to remove third-party intermediaries, such as banks, from the financial ecosystem. A blockchain consists of blocks, which contain data created on the network. In Bitcoin’s case, it’s essentially a public ledger that stores transactions–and everyone has access to these due to its decentralised nature. But data within the blocks can’t be edited or tampered with and is fully anonymous.

Bitcoin needs to exist to power BTC, a form of cryptocurrency. Cryptocurrency is a decentralised digital currency that acts as a store of value. While it isn’t a tangible asset like fiat money, it still holds monetary value and can be traded, sold, and exchanged. The actual currency–also called a coin–is called BTC, while Bitcoin is the blockchain that supports the crypto and allows it to function.

Like traditional currency, BTC can be “earned” through a process called mining. And that’s done by contributing to the Bitcoin blockchain.

Bitcoin was created by an anonymous individual who went by the pseudonym, Satoshi Nakamoto. To this day, their legitimate identity remains unknown. People with similar names were questioned, but the real Nakamoto is yet to be identified. Due to Nakamoto’s “absence” from the Bitcoin evolution, the blockchain’s improvements are handled by developers, companies, and enthusiasts dedicated to the network.

3. When was Bitcoin invented?

Bitcoin started out as a whitepaper sent out to a cryptography mailing list, which consisted of cryptography enthusiasts. The paper was titled Bitcoin — A Peer-to-Peer Electronic Cash System. While it didn’t create a public buzz due to its exclusive release, BTC eventually came into fruition in 2009. However, it didn’t have a defined value until 2010, when the first value-based BTC transaction was made.

4. How much is Bitcoin worth?

The current Bitcoin price is around $53,000. Based on the total number of BTC trading, its total value has collectively hit over $1 trillion. There are currently over $18.6 BTCs in circulation. In comparison, Coca-Cola’s net worth is only $80.83 billion, which signifies that Bitcoin has reached massive heights and needs institutional–as opposed to retail–investors to sustain its growth.

If you’re wondering why is Bitcoin valuable, it boils down to its mainstream popularity and niche use as a hedge fund against the unstable fiat economy.

You can purchase Bitcoin through a cryptocurrency exchange, which is available online through a website or app. These exchanges update the Bitcoin price live, so it’s important to act fast if you’re looking to purchase at an opportune time. As the face of the crypto movement, virtually all exchanges support BTC, so you have plenty of options to choose from. However, if you’re a beginner, we highly recommend using Coinbase.

Now, how long does it take to buy Bitcoin? It’s generally an instant transaction if you use a payment method, such as a cash transfer app that allows this. If you rely on a bank transfer, you may have to wait a few days to complete the verification process. When you choose to buy BTC, you’re essentially purchasing from the exchange and not an independent seller, so you don’t have to wait for someone to list the coin up for sale–it’s always available. 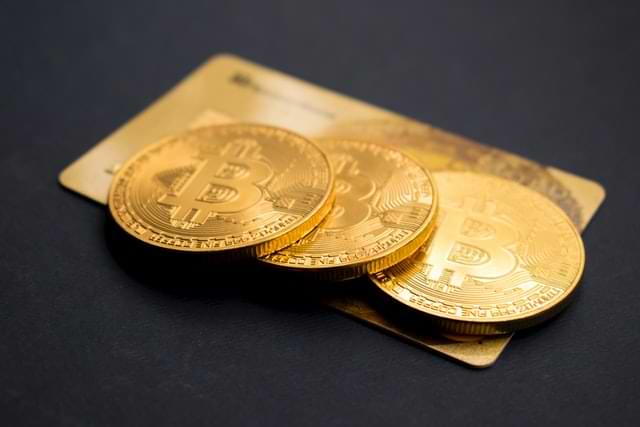 6. How can I store Bitcoin?

You can store Bitcoin in a dedicated cryptocurrency wallet. These allow you to carry, withdraw, and send and receive a variety of tokens. Coinbase is a beginner-friendly exchange with a crypto wallet built onto its site. Exodus is also a favourite amongst investors as it’s a free but robust and secure software.

However, if you prefer a more tangible, offline storage solution, you can opt for hardware instead. These wallets are shaped like USB sticks and are an alternative to an online wallet.

The Bitcoin selling process is very similar to buying–you simply go to an exchange and sell. You don’t have to wait for a buyer as the exchange will purchase the coins from you. The exchange will hold these until a buyer comes along.

8. Can I make money with Bitcoin?

Bitcoin is treated more like an investment asset than a digital currency, so it’s entirely possible to make money by investing in it. However, you’ll need to be a little patient–the Bitcoin price is extremely volatile and isn’t always optimistic. Most investors see crypto as a long-term investment.

9. What are the limits of Bitcoin?

One of the biggest Bitcoin questions involves the limits behind the coin and its functions. There are a few notable limitations to BTC.

The Bitcoin halving event occurs approximately every four years and essentially reduces the block mining reward by 50%. The latest event happened in May 2020, when the block reward was reduced from 12.5 BTC to 6.25 BTC. Its primary purpose is longevity–so that the maximum supply of 21 million Bitcoins won’t be reached until much later in the future (it’s projected to last until the year 2140).

11. What will Bitcoin be worth in the future?

Exactly how is Bitcoin price determined? There are a few factors that affect its price, but some notable elements include:

The current Bitcoin price is over $51,000 (updated February 20, 2021), which is out-of-bounds for most small-scale, independent investors. But don’t worry, you don’t actually have to buy an entire BTC–you can own a portion of it, and it would still hold the fiat value equivalent. For instance, $10 can currently get you 0.00018 BTC. Likewise, you can buy, sell, and transact with these minuscule values.

Bitcoin is currently the biggest and most influential coin in the cryptocurrency market, and that isn’t expected to change any time soon. Now’s the best time to jump in and start investing. Keep track of the Bitcoin price through our cryptocurrency tracker here.

Want to learn more? Check out this video from The Top Coins Youtube: