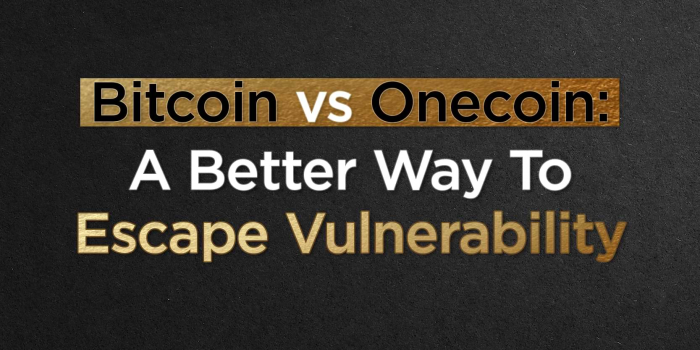 Bitcoin vs Onecoin: A Better Way To Escape Vulnerability

The success of the mysterious Satoshi Nakamoto's Bitcoin inspired several altcoins to surface, bubbling up an altcoin industry like no other. Onecoin appeared in 2014—an ambitious project by the Bulgarian-born, highly-acclaimed Dr. Ruja Ignatova. Her credentials, which spanned an Oxford education, a doctorate, and a stunning professional background, played a massive role in driving Onecoin's influence upward. The coin's goal was simple—become the number one cryptocurrency in the world. And it was headed in the right direction, with massive investor interest and billions pumped into the Onecoin name—until the magic ended with one of the greatest cryptocurrency scams in history.

As the brainchild of the acclaimed Dr. Ruja, Onecoin was an ambitious goal to become the best cryptocurrency in the world—trampling on the Bitcoin empire in the process. It aimed to become a useable currency that for day-to-day transactions. Eventually, it became the Bitcoin killer—with a 120-billion supply that was expected to be mined within a few years. Its philosophy, which aimed to free the people from financial institutions such as banks and governments, along with the urgency of its messaging, resonated with many individuals, driving Onecoin's investment value upwards.

The Onecoin empire garnered interest through seminars and talks by Dr. Ruja herself—spreading to even the most remote corners of Uganda. However, the coin wasn't listed in any crypto exchange, and the development of a dedicated Onecoin exchange was never completed. The elusive world of Onecoin was limited to investors who purchased "educational packages" that claimed to provide a specific token value that opened doors for mining opportunities. A key factor in the Onecoin system was that it operated like a multi-level marketing (MLM) scheme—evident in the invite-only access, educational package reselling, and incentives for individuals who made sales. 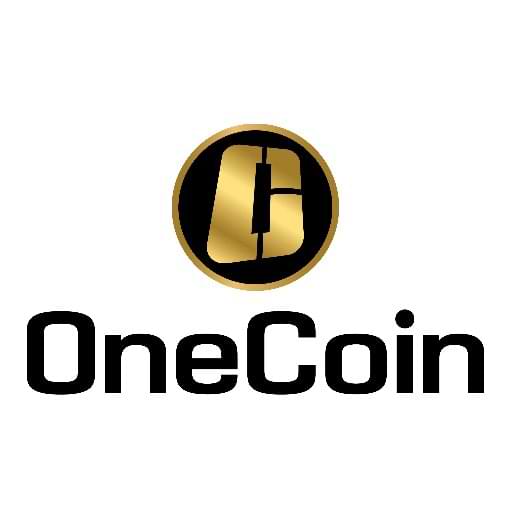 A key factor to note, however, was that Onecoin was never built on blockchain. In 2016, two years after the company's inception, blockchain expert Bjorn Bjercke was offered a job to build a blockchain for Onecoin—but he refused. Then, in 2017, the US caught on to the Ponzi scheme behind Onecoin's operations, labeling the company fraudulent and ordering for Dr. Ruja's arrest. Dr. Ruja has since disappeared—and is yet to be found.

Things turned to dust following the revelation. Multiple cases were filed by government authorities, including securities fraud and wire fraud, with Onecoin co-founder Sebastian Greenwood at the forefront of the arrests. In addition, Dr. Ruja's brother, Konstantin Ignatov, who took over Onecoin after his sister's disappearance, was also arrested in the Los Angeles International Airport in 2019 with a maximum sentence of 90 years in prison.

Onecoin Currency: How Does it Work?

Before it was caught by authorities, Onecoin boasted more than three million members worldwide. By selling educational materials integrated into an MLM pyramid scheme, Onecoin managed to get even the most innocent individuals in small, remote communities to invest. The educational materials they sold promised financial freedom but contained materials plagiarized from other sources. Meanwhile, the tokens that came with these packages promised investors mining power—but that was a scam, as Onecoin was not built on top of a blockchain.

Onecoin was operated through an SQL server, a database management system incapable of holding a recognized cryptocurrency. However, despite Onecoin's sketchy internal structure, it managed to fool even reputable news sources, including the likes of Bloomberg.

Bitcoin currency is the oldest and most valuable cryptocurrency in existence. It was released in 2009 as open-source software, attracting hobbyists in the cryptography sphere. With a predetermined scarcity of 21 million BTC, the coin created the appropriate conditions to drive its value upward. BTCs can be mined through the Proof-of-Work SHA-256 algorithm, where miners must compete against each other to solve a complex mathematical puzzle to win block rewards. Powerful ASIC mining rigs have become an industry standard to get ahead of the Bitcoin mining game.

Since its inception, Bitcoin has gained a global following and an identity as a lucrative—but volatile—investment product with a current value of $48,000 and an all-time high of $68,000.

Bitcoin Currency: What You Need to Know

Without a dedicated company behind Bitcoin's development, the blockchain is constantly updated by a community of developers—a function made possible due to its accessible, open-source network. BTC's original goal was to break down financial barriers by bringing fiscal freedom back to the people. However, it failed due to a highly unscalable network marred with slow transaction speeds and sizeable fees. As a result, rather than attracting individuals for day-to-day transactions, Bitcoin has instead attracted institutional investors and independent investors looking to score big bucks through long-term holding.

Each Bitcoin mining cycle occurs every 10 minutes, with an average speed of 7 transactions per second (TPS). It's still a ways off Cardano's one million TPS or Ripple's 1,500 TPS—but an improvement from its previous credentials thanks to the Lightning Network. Moreover, despite being primarily an investment product, economically unstable countries like El Salvador are taking a gamble by recognizing Bitcoin as legal tender, bringing forward progress in digital currency adaptability.

The biggest difference between Bitcoin and Onecoin is that Bitcoin is a legitimate cryptocurrency built on top of a blockchain, while Onecoin was never cryptocurrency, as it wasn't backed by a blockchain network.

In terms of credibility, the lack of central authority on Bitcoin's end has given it the appropriate leverage to achieve decentralization, whereas Onecoin was operated by Dr. Ruja and her company—bringing power to those above through an exploitative MLM scheme. 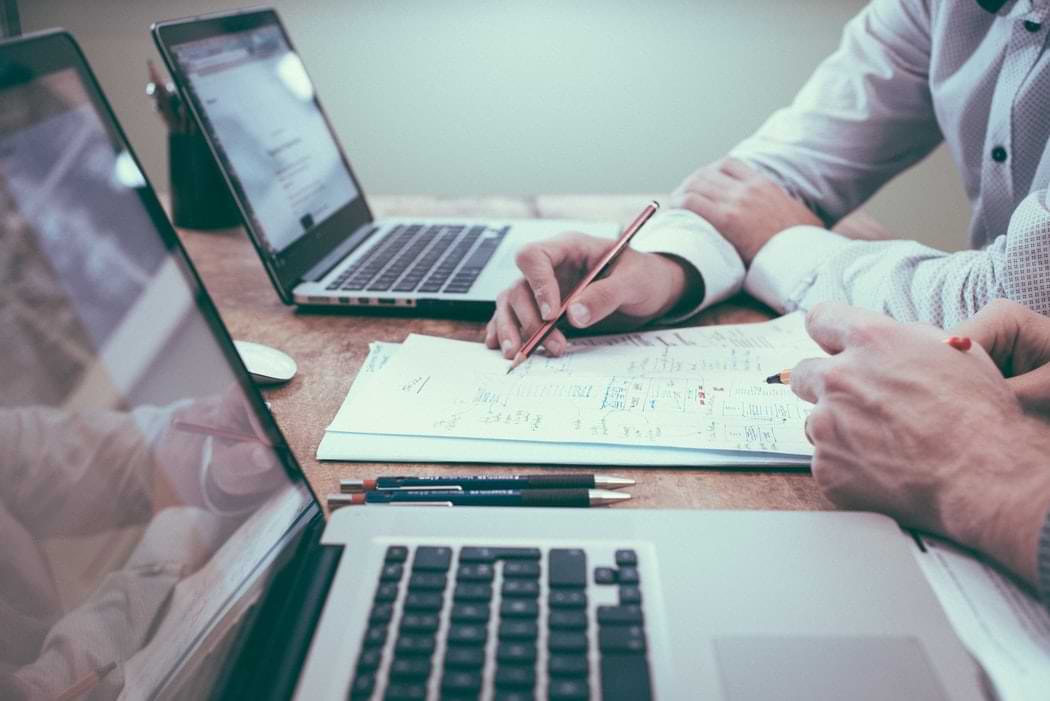 These two assets can't be compared from an investment perspective, as Onecoin will never gain consensual value due to lacking the infrastructure to qualify as a legitimate digital currency. It's also important to know that Bitcoin has yet to be flagged as fraudulent and has instead been gaining recognition from government bodies as a legal digital asset. Ultimately, these two platforms are completely different in nature, governance, and code.

Cryptocurrency naturally fluctuates in value due to the speculative nature of coins. As a result, BTC has seen massive spikes and dips over the years—with the most recent being the massive late-May selloff after a bullish run across the market. In contrast, Onecoin can't be traded or gain any value due to not being a real cryptocurrency.

Bitcoin remains the number one cryptocurrency in the exchange market, with a market capital reaching 1 trillion AUD and a price value of $60,000 to 70,000 (AUD). These credentials are a stark contrast with Onecoin, wherein several exchanges have banned transactions related to Onecoin and OneLife.

Stories of the infamous missing CryptoQueen—Dr. Ruja—run rampant across the web. But the elusive mastermind behind the Onecoin scam remains hidden in the shadows while her close conspirators are held behind bars—serving life sentences or facial trials from the US government and other involved authorities. It was estimated that up to $15 billion was lost in this ordeal, while Dr. Ruja herself ran away with hundreds of millions in possession. Ultimately, the victims were left uncompensated.

Meanwhile, Bitcoin itself is not a scam—but the crypto industry, which is still unfamiliar territory to most, is prone to incentivizing scammers and attracting victims. There have been an array of social media, social engineering, ICO, and DeFi rug pull scams that utilize BTC one way or another. So while Bitcoin isn't directly involved in any of these illicit activities, it pays to be careful when navigating the cryptocurrency market.

Bitcoin leads the market as an investment superstar, successfully garnering the coveted institutional interest that many altcoins are yet to obtain. Meanwhile, as an asset without value, Onecoin isn't considered an investment product, let alone an asset with lucrative potential.

Bitcoin vs Onecoin: Which is Safe & Trusted?

Between Onecoin vs Bitcoin, the latter is the no-brainer option in terms of safety and trustworthiness. It's a good idea to stay away from assets with a history of fraud or criminal cases, including Onecoin.

On that note, if you're looking into making a cryptocurrency investment, check out our comparisons of Bitcoin and some of the most coveted coins on the market, from Ripple vs Bitcoin, Litecoin vs Bitcoin, and BTC vs ETH. While BTC is considered to be the gold standard for its virtually impossible-to-hack blockchain (thanks to the Bitcoin Hack-Proof feature) and massive growth potential, altcoins are quickly ramping up their game and exceeding expectations.

Many questions are left unanswered between Onecoin and Dr. Ruja, but the cryptocurrency industry learned a big lesson following the scandalous turn of events. People who did their research knew that Onecoin wasn't a blockchain—and that should have been enough reason to think twice before investing. Ultimately, it pays to look deeply into coins and their founders before putting in a big chunk of your time and money!