What You Need to Know Before Mining Cryptocurrency

Cryptocurrency is a form of virtual currency secured by blockchains operated by peer-to-peer networks. It has been a key innovation in the new age of digital asset ownership. One of its more well-known derivatives, Bitcoin (BTC), can cost up to $20,000 per coin–depending on the market’s behavior. Its success has been quick and astronomical, and has elevated the playing field among investors who have followed this trend from its inception just a couple of years ago.

What makes cryptocurrency unique is that it’s an asset earned in exchange for a particular service. For instance, Bitcoin (BTC), Ethereum (ETH), Bytecoin (BCN), and other others can essentially be generated from a home computer in a process called mining. Here’s a rundown of what you need to know before getting started.

How Does Mining Work?

The concept of generating cryptocurrency out of a computer can be difficult to grasp, but it’s not as complicated as it sounds. Mining is a power-heavy operation where your computer processes transactions and secures networks. In other words, the cryptocurrency network will use your computer to run equations, and in exchange, you’ll be rewarded with the coins.

There are multiple ways you can mine cryptocurrency, with the most popular being GPU mining. It’s the most cost-efficient option that utilizes graphics cards to do most of the work. When building a rig, all you need is the frame, motherboard, processor, fan, and 2-8 graphics cards. Unlike cloud mining, where the rig is essentially borrowed, GPU mining will allow you to run the system all day without having to pay for a separate hosting server and rented hardware. 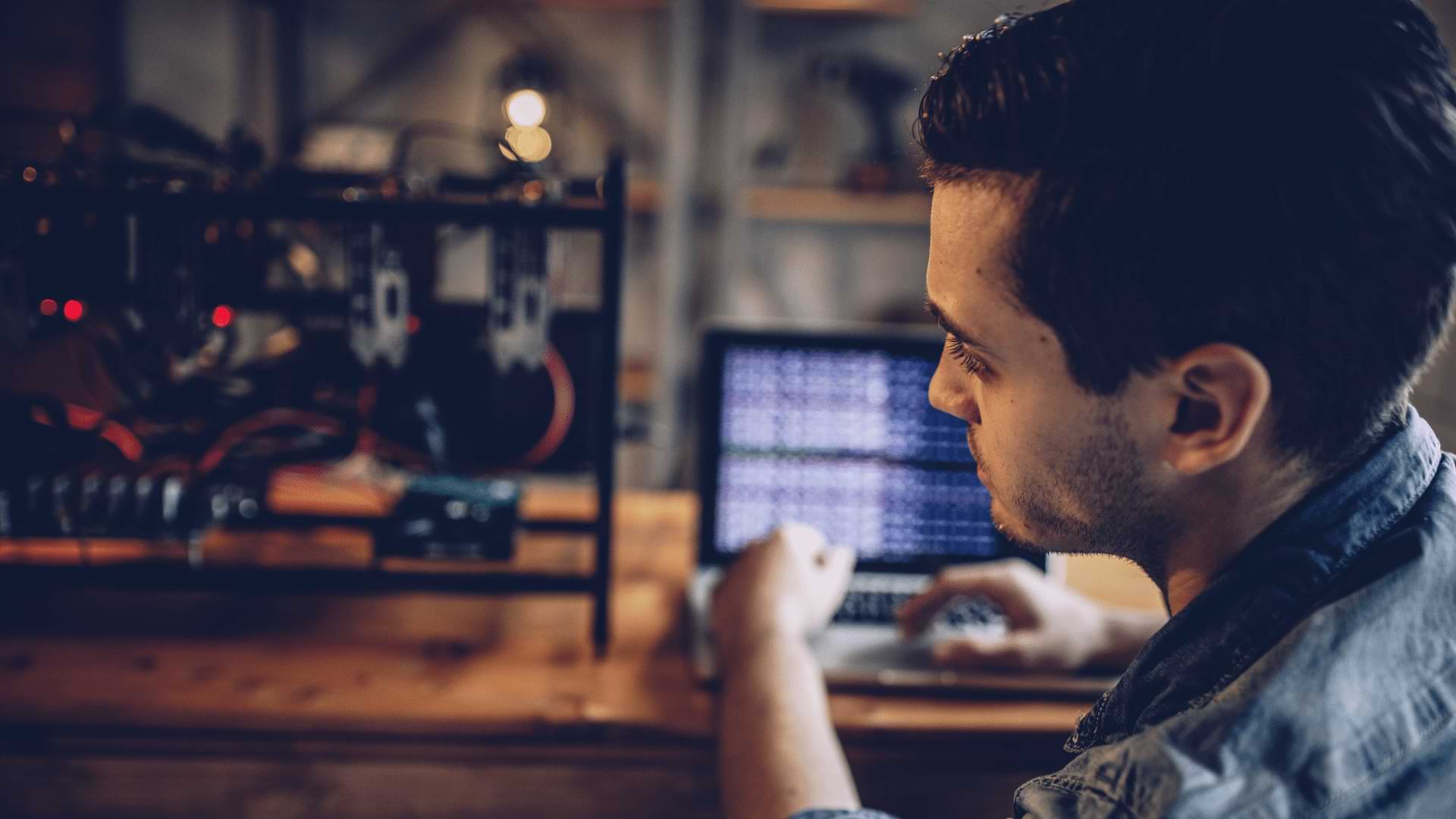 How Much Can I Get From Mining?

The value of the coins you mine is highly dependent on the current market price, which fluctuates quickly. Each form of cryptocurrency is valued differently, but the way they’re mined can directly affect their market price. For instance, when Bitcoin came into the picture in 2009, mining a block would merit you 50 BTC. However, its sustainability model involves halving the reward every four years. In 2012, the reward went down to 25 BTC. In 2016, it was down to 12.5 BTC, and after May 2020, one block now equates to no more than 6.25 BTC.

A decreasing Bitcoin reward doesn’t mean that the currency has devalued. The cost of BTC in 2009 was only a few dollars–a stark contrast to its $50,000 value today (February 24,2021). An important thing to note is that it takes 10 minutes to mine a Bitcoin block, and only the first computer to solve the puzzle will receive the reward.

What Happens When All Cryptocurrency is Mined?

Cryptocurrencies aren’t unlimited resources. There’s a maximum number that can exist in the world, but the implications of expanding that set number aren’t necessarily an issue at the moment as it’s a conversation concerning a far-off future (think decades to over a hundred years). For instance, Bitcoin has an upper limit of 21 million blocks, and over 18 million have been mined today. But because of its model of halving the BTC reward every four years, it’s projected that the last three million will take approximately 140 more years to expend. The same goes for other cryptocurrencies–reward limits and contingencies have been put in place to ensure that they don’t run out soon. Additionally, keep in mind that even when a particular cryptocurrency has completely been mined, it won’t necessarily become null in value.

Will Cryptocurrency Retain Its Value?

Cryptocurrency, whether it is cardano currency or an eos coin, is just like any other currency in the world. As long as it plays a role in the day-to-day exchange, it’ll retain its value. Think of it this way: bills are essentially just paper and cotton and dyes mixed to form what’s universally known as money. Each bill holds a different value and can be exchanged for goods that have been appraised with the same value–even if the production cost doesn’t align.

A cryptocurrency is essentially a form of digital currency. You can buy, sell, and trade it, and even use it in exchange for certain commodities–just like money. An important factor that allows this to happen is community involvement. As long as there exists a demand and purpose for cryptocurrency, it’ll continue circulating the market and won’t become null in value.

Mining cryptocurrency can be a profitable affair when done right, but you’ll have to compete against strong competition in the current market. It’s pertinent to consider the above when deciding whether this investment is worth your time and effort.