Currency Converter
The Top Coins > Blog > Cryptocurrencies > Monero vs Bitcoin: Which One is The Privacy Leader? 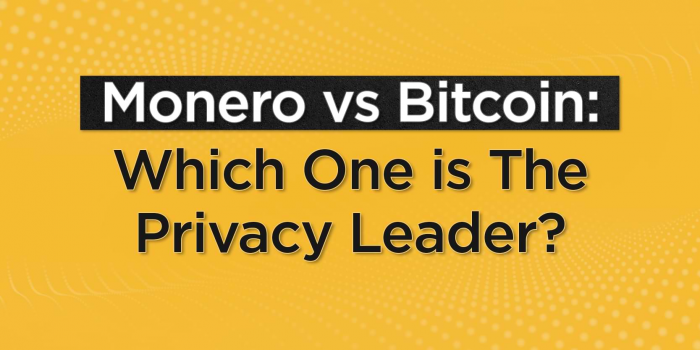 Monero vs Bitcoin: Which One is The Privacy Leader?

Bitcoin currency was the world's genesis coin—the first digital currency to successfully enter the market and maintain an over-decade-long tenure. In 2009, the anonymous Satoshi Nakamoto introduced the concept of Bitcoin—a decentralized digital ledger encrypted in a peer-to-peer network—and the rest is history. BTC has since inspired an entire industry of altcoins to thrive, from Ethereum (ETH) to Cardano (ADA), Terra (LUNA), and Elon Musk's favorite Dogecoin currency (DOGE).

One of cryptocurrency's greatest appeals is that it's essentially anonymous. Despite being publicly viewable, there are no names, faces, phone numbers, or addresses attached to each transaction. However, a big mistake people make is assuming that crypto is 100% anonymous. While an individual's identity isn't disclosed at face value, watchers can still track wallet addresses, determine the volume of transactions under each address, and sometimes trace them to specific users.

If Bitcoin is 50% anonymous, Monero currency bumps that value up to 100%. XMR is, by far, the most successful privacy coin to enter the market. This niche was created to address the demand for a more sophisticated level of transaction privacy so that each transaction can't be traced to specific parties.

While most crypto users are content with Bitcoin's level of transaction anonymity, some prefer Monero's complete stealth features. So between Bitcoin vs Monero, two equally promising networks, which prevails as a privacy leader for your specific needs?

Monero (XMR) is an open-source cryptocurrency developed to provide user privacy by obscuring the public ledger using unique ring signatures. Monero's blockchain technology offers a sophisticated level of privacy and transaction anonymity so that both the sender and receiver can make transactions in private.

Monero obfuscates users' IP addresses with the help of stealth addresses, creating an untraceable transaction cycle while still complying with the traditional blockchain standards. Apart from protecting senders and receivers, the network also utilizes RingCT to hide transaction amounts for 360-degrees of anonymity.

To put things into perspective, if you buy from a store using bank cards, individual transactions are traceable together with the information of what you bought, where and when it occurred, and how much you spent—your bank knows it all! The data footprint can then be sold to a third party or used as statistical data. Likewise, the movement of most cryptocurrencies can be traced due to the public nature of the blockchain ledger.

As a privacy coin, Monero changes the game by disallowing outsiders from tracing your transactions—completely protecting your privacy. At the time of writing, XMR has a coin market cap of over $5.6 billion and a value of $290 per coin.

Despite being the most successful privacy coin to retain its position in the market, Monero has been under the governments' radars for encouraging criminal activity through its anonymity. The coin has already been banned from crypto exchanges in South Korea and Australia due to government regulatory pressure—it's a risk you'll have to take when you choose to purchase XMR. On that note, here's a detailed guide on how to buy Monero.

Bitcoin (BTC) is the cryptocurrency leading the torch of the blockchain revolution. It currently holds the top spot in the coin market cap at $914 billion. The Bitcoin price has reached all-time highs of up to $68,000 at the height of the 2021 bull run, thanks to support from institutional investors.  However, the coin has since mellowed out to the $48,000 range.

BTC's portfolio speaks volumes of its demand. As the most talked-about coin in the world, there's always a place for Bitcoin in the cryptocurrency discourse. In terms of supply, the network has a predetermined scarcity of 21 million BTC that can be fully mined after a century. Moreover, BTC shines from an investment point of view, having grown a cult following after being hailed as the "gold" of the cryptocurrency world. As such, it has become a coveted investment product that has found more use in generating profit than day-to-day transactions.

It's important to know that there's hardly a comparison between Bitcoin vs Stocks, as these two financial products operate in completely different worlds and through different ecosystems.

Differences Between Monero and Bitcoin 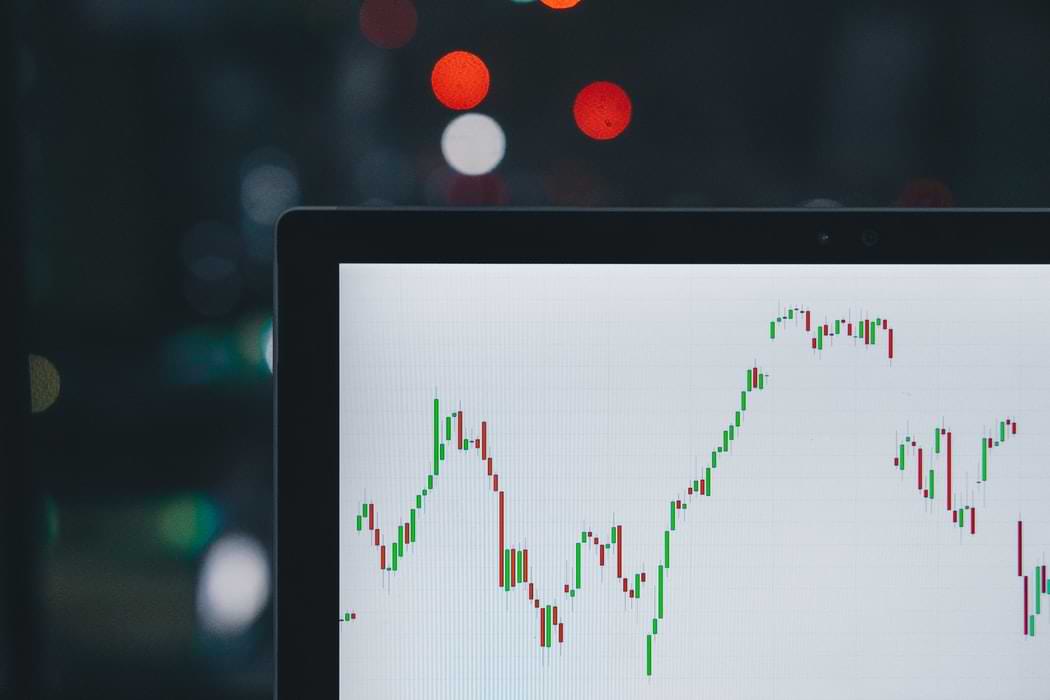 There are a few key differences that set Monero vs Bitcoin apart. In particular, they differ in the following areas:

Monero is completely private by default, while Bitcoin isn't. Monero achieves complete privacy by utilizing stealth wallets, which are secondary wallets created on top of an existing cryptocurrency wallet. All XMR transactions go through these stealth wallets, concealing the user's true wallet address in the process. Monero also takes anonymity up a notch with ring signatures, concealing a sender or receiver's true signature among a pool of older records.

While both Bitcoin and Monero employ the Proof-of-Work (PoW) mining model, the specific algorithm they use differs. Bitcoin uses the ASIC-rig-dependent SHA-256 mining algorithm while Monero uses CPU and GPU-friendly CryptoNight. These two are incompatible, meaning that miners can't move from Bitcoin to Monero and vice versa.

XMR transactions are larger than BTC transactions because of their additional privacy features. However, privacy comes with a cost in the form of transaction size and time. To compensate for this tradeoff, XMR was designed to have lower transaction fees than BTC (on average).

Monero's complete anonymity ensures fungibility throughout its network, which means that 1 XMR will always be worth 1 XMR regardless of its origins. In contrast, because Bitcoin transactions can be traced to its point of creation, any illegal activity a BTC goes through may eventually make it worthless in the eyes of authorities.

Monero's biggest advantage is its privacy. It offers the highest level of privacy, fungibility, and decentralization that isn't offered by other coins. In particular, its blockchain obfuscation makes it ideal for people who value their financial privacy.

The privacy features that the Monero blockchain offers are synonymous with Bitcoin's first appearance in the DeFi sphere. Bitcoin was used for transactions on several dark web websites when it first appeared, but the appearance of regulatory bodies pushed BTC aside in favor of XMR.

Bitcoin's network has a block size limit of 1 MB, limiting the blockchain's capacity of processing a large number of transactions at once. In contrast, Monero has a more advanced, adaptive block size compatibility through a technology called bulletproof. It increases the level of privacy while decreasing the transaction size, allowing XMR transactions to process faster than BTC.

The Monero blockchain has the third-largest developer community behind Bitcoin and Ethereum. In particular, the nature of the coin has attracted several cypherpunks that desire privacy measures not present in other cryptocurrencies. Apart from the positive use of privacy coins in protecting large-scale investors, Monero's ability to scale up with fast transaction speeds is also a testament to its useability in day-to-day trades. 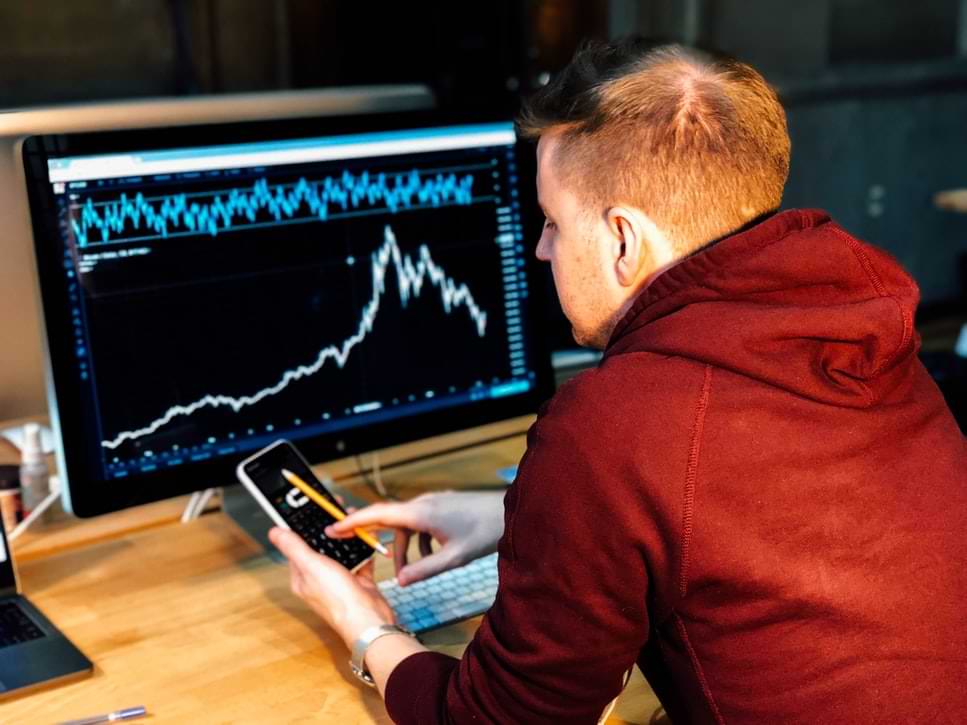 Privacy coins have seen increased popularity over the past few years for several reasons. While some people are concerned about their security and want to ensure they're protected during their online transactions, others use these cryptocurrencies for illegal activity or tax evasion.

Monero has already been banned in some countries, such as Australia and South Korea, and cryptocurrency exchanges like Coinbase due to concerns from government regulators. Despite having massive usability potential in legitimate transactions, the coin is primarily used in the dark web for sketchy trades.

The lack of regulation in these illegal markets draws the line between the potential of privacy coins and overall safety. As a result, choosing to use XMR carries a higher level of risk compared to traditional cryptocurrencies as it may be overruled by government regulations.

Which is Better for Investments: Monero vs Bitcoin?

Between Bitcoin vs Monero, many investors have found BTC to be the better investment option. The coin has already sealed its identity as an investment product after being hailed as the best asset class in the past few years. Bitcoin is also more prominent among traditional cryptocurrency investment enthusiasts who are looking to score a long-term profit. Rather than Monero, Bitcoin's competitors instead span the likes of other mineable PoW coins, bringing forth debates such as Litecoin vs Bitcoin.

Which is Best in Privacy And Security: Monero vs Bitcoin?

In the private investment and security frontier, Monero continues to dominate as the first choice. It has brought to the table an array of features that promote maximum security—enabling XMR to become the most private coin in the market. The coin has already gained a cult following for its niche use cases that cater to large companies and other entities that can benefit from its array of privacy-forward functions.

Between Bitcoin vs Monero, XMR is the true privacy leader, given Bitcoin's focus as an investment product rather than a completely anonymous cryptocurrency. However, it's important to know that privacy coins come with inherent risks in that they face the possibility of government regulations. Regardless, Monero has still amassed a massive community that truly believes in privacy-forward coins that dodge the eyes of prying individuals.