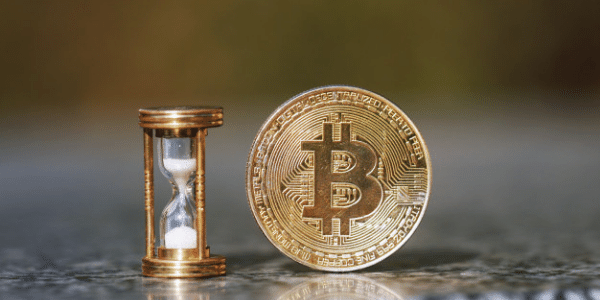 When something first comes out, it is important to give it time, until you express your opinion on it, and this is a mistake that so many people make. The hype gets so built up that once you get your hands on it, it never lives up to your expectations. This phenomenon is called "buyers' remorse", and it happened three years ago in December of 2017 with Bitcoin.

Back in 2017, Bitcoin was thrust into the mainstream after its price hit $20,000 USD, and suddenly everyone was talking about it. It seemed everyone was mining it as well since every morning news show was telling ordinary people how "easy" it was to mine. However, there was a large group of people who mostly consisted of economists and people in government who were more than sceptical about the long-term game of Bitcoin.

All the scepticism and doubts around Bitcoin were correct as the spike was not sustainable, and it dropped in price very quickly. What makes this current round of hype and price increase different?

The main difference is how it is being portrayed in the media and the number of advocates that have come out in support of it. The most prominent being Paul Tudor Jones and Mike McGlone. Along with long time sceptic Roubini "Dr Doom" who conceded that Bitcoin has store value, similar to Gold.

You have the usual sceptics who are more concerned about their bank investments than anything else. Still, you also have those who are open to the idea of a digital currency and are supporting the mass adoption of a CBDC. This is what we thought the consensus was when it came to politicians, but we were wrong.

Wyoming elects Cynthia Lummis bought her first Bitcoin back in 2013 and has been an advocate for it since. She has also worked in the treasury department and said that Bitcoin was a great store of value.

"Now I am a holder, and I hold because, like gold, I want to preserve the relative value of my labour over time,"

She also gave a reason as to why she thinks this. She said "Our own currency inflates, Bitcoin does not"

This implies that Cynthia also believes the US dollar will inflate and having a store of value like Bitcoin or Gold is an excellent way to hold onto your money. This is a big statement from a person in the Senate, let alone from someone who worked as a treasurer.

The views of Bitcoin have done a complete 180 as people are being encouraged to buy and hold instead of sell as we were told three years ago. Prices of the big three (Bitcoin, Ethereum and Maker) are going up every day so right now is the best time to buy.

To keep track of their prices, click here and us our crypto tracker.