Ethereum vs Litecoin: Where to Invest

Since the last quarter of 2020, the cryptocurrency market has been at an all-time high, garnering massive returns for early investors and churning new billionaires almost overnight. The exponential price spike is a once-in-a-lifetime gold rush, and investors are doing everything they can to get their hands on coveted wins. The market is now dense with new money, many of whom settled for Bitcoin, as it’s the most straightforward investment choice for newcomers.

However, there are thousands of altcoins on the market, many of which have made even bigger gains than Bitcoin over the past two quarters. Moreover, with Bitcoin’s recent downward trend, you might be looking into other alternatives to diversify your portfolio as a safety net against instability in the late bull run. Among altcoins, the dilemma usually falls between Litecoin vs Ethereum––find out which is right for you.

Ethereum (ETH) was created in 2015 and is the leading blockchain platform that utilises smart contract technology. In essence, this nuance allows anyone to create decentralised applications on the Ethereum platform, with their foundation being smart contracts. These are automated actions that can be programmed into each application.

But the platform is beginner-friendly enough that you can mint tokens on the network without possessing any programming skills, as Ethereum has a gallery of standards that allow this functionality. In particular, the simplified token minting process on the blockchain has been crucial in giving rise to NFTs, or non-fungible tokens that provide ownership to digital artwork.

Ethereum’s platform is unique in that it’s extremely future-proof, given its significance in helping blockchain technology grow. However, the network isn’t without faults. While the average time it takes to create new blocks is only about 13 seconds, Ethereum suffers from a low transaction per second (tps) capacity due to massive network congestion. On average, it’s only capable of processing 10-15 tps, which, in turn, also increases the processing fees (also known as gas). It theoretically costs about $0.85 per transaction––but that number is usually much higher.

The Ethereum 2.0 upgrade––which is set to occur over the next few years––is expected to increase overall efficiency and speed.

Litecoin (LTC) was released in 2011, with the intention of becoming a “better Bitcoin.” As one of the earliest altcoins to enter the market, its ultimate goal was to offer a more robust peer-to-peer exchange system with a higher block capacity and faster transaction speeds. Whereas Bitcoin suffers from the lack of scalability, Litecoin is a lot more sustainable for the future.

The blockchain can process up to 56 tps––a huge leap from Ethereum––but with a block time of 2.5 minutes. This means that there are less LTC mining cycles per day. On the bright side, the block reward of 12.5 LTC is higher than Ethereum’s 2 ETH. Do note that while miners receive more LTC for successfully winning the block reward, it isn’t necessarily more valuable than its market competitors. For instance, Ethereum’s block reward is essentially still higher due to its current market value (only a hair under the full 12.5 LTC block reward). However, a higher block reward opens opportunities for higher earning if the coin were to become bullish in the future.

As for transaction fees, Litecoin charges approximately $0.04, which is a lot lower than Ethereum. The network is also usually less congested due to its higher tps capacity, hence the more accurate transaction cost.

When it comes to Litecoin vs Ethereum, there’s a world’s difference in terms of how each blockchain operates. It’s a lot easier to think of Litecoin as a faster Bitcoin because the two are essentially the same. Meanwhile, Ethereum holds a completely different value proposition, which is why the two attract different investors. For making a smart investment you’d better explore which currency is akin to your preferences, Ethereum vs Bitcoin, Dash vs Eth or LTC vs ETH There are some key differences that you have to consider before making an investment decision:

Both Ethereum and Litecoin utilise the Proof-of-Work mining algorithm, but there are a few differences you need to know. First, Ethereum is the more resource-heavy of the two, as the network is far more competitive and expensive to mine in, causing chip shortages and tensions between Nvidia and miners. Litecoin offers a slightly more casual mining experience, but you still need a hefty GPU in order to profit from the venture. It’s highly recommended that you use a mining profitability calculator before committing to either.

Ethereum is known to not have a maximum token supply, which can be good and bad. On the upside, Ether will always be liquid as there wouldn’t be institutional control over a limited supply. On the downside, the lack of a predetermined scarcity can turn away larger investors looking for assets with a maximum cap. The only limitation ETH faces is a mining capacity of 18 million per year.

In contrast, there’s a limit of 84 million LTC that can exist. By the time that number is reached, no more new tokens can be minted, turning it into a super-rare asset. However, note that it will be well over a century before that happens––and by then, the crypto scene would be a lot different from today. 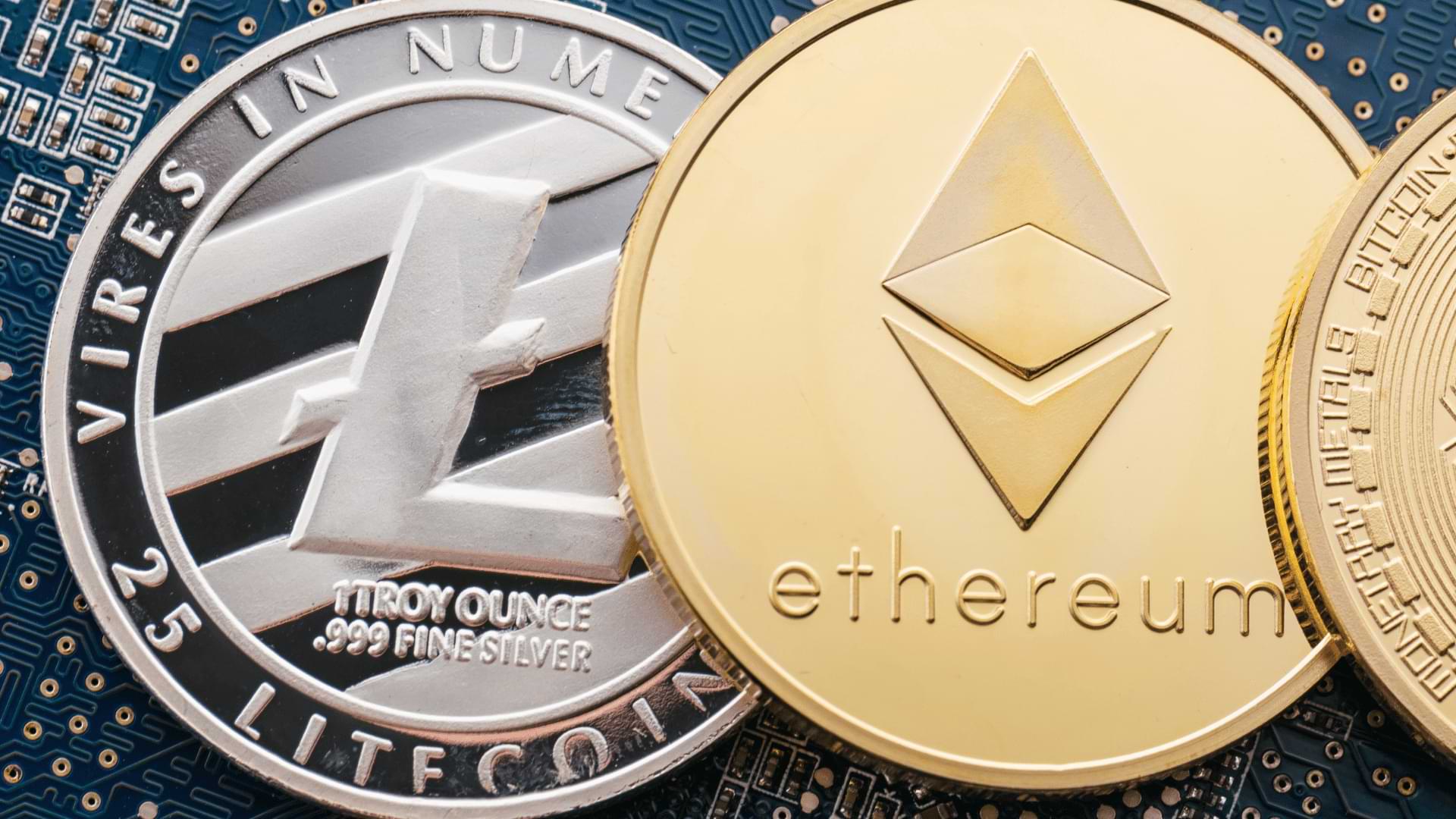 It’s a no brainer that Ethereum’s blockchain technology is a powerhouse, even in today’s standards. Its ability to empower the future of decentralised finance through apps and NFTs make it an extremely relevant network, resulting in more use cases for Ether. While most cryptocurrencies are only currencies, ETH is used to power the development of decentralised applications and NFTs––both of which are exploding in popularity as of late.

In contrast, Litecoin is a straightforward peer-to-peer exchange system that simply handles transactions without a third-party. While it isn’t as robust as Ethereum, its network is still important in helping cryptocurrency adoption grow.

While Ethereum arguably shows more promise due to its hefty market cap and popularity, it’s currently standing on unstable grounds with fears over a bursting NFT bubble. Meanwhile, Litecoin doesn’t particularly stand out but can be promising if you enjoy traditional blockchains. Ultimately, both coins are doing great––consider choosing the one that speaks more strongly to your portfolio.