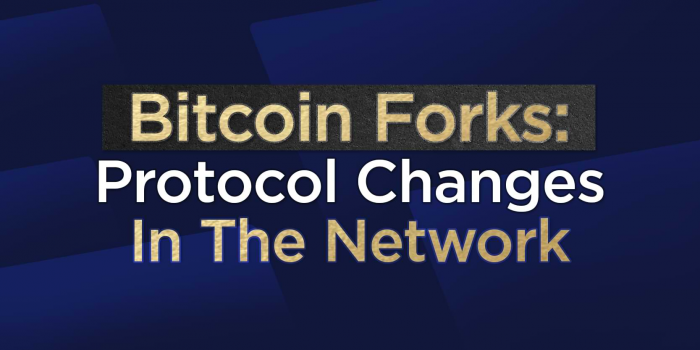 A Bitcoin fork occurs when major updates are made to the blockchain, such as changing the network protocol or introducing new features that require miners and investors running full nodes to update their software. There are two kinds of forks that can occur on any blockchain: hard forks and soft forks. And among all the cryptocurrencies, the Bitcoin fork history is one of the longest.

Out of the two forking strategies, soft forks are unique in that they allow continuity within the existing blockchain. They're used to make impactful Bitcoin protocol changes while retaining what is essentially the original ecosystem, the same cryptocurrency, and the same nodes and operators. Meanwhile, hard forks are used to completely deviate from the existing blockchain, creating a new end product in the process. Here's what you need to know about Bitcoin forks and the extent of the protocol changes that have been made in the network.

What Is a Blockchain Fork?

Major changes in the blockchain network, from the Bitcoin network protocol, security, and features, can be implemented through a fork. These are essentially large software patch updates that are common in traditional computer programs. However, changes of this size are not usually done on production networks without extensive planning, testing, and coordination—especially within the community. Forks are divergences in the complex blockchain network, proposing new rules for existing members to follow. Due to the decentralized and consensus-based nature of blockchains, everyone is given a choice to take the forked path or go straight ahead.

However, forking is not limited to the Bitcoin currency network protocol. Other blockchains also experience their fair share of forking events—evident in the rampant number of Litecoin Forks and Ethereum Forks over the years. In addition, popular altcoins are more likely to fork due to attracting more developers interested in pushing through with the project.

Soft forks aim to upgrade the Bitcoin protocol—not change Bitcoin itself. As a result, it's a backwards-compatible network upgrade that continues the transaction history of the existing blockchain while allowing sceptics to choose not to upgrade their software (though they may lose access to certain functions).

Soft forks are used to implement important features that have an impact on the whole Bitcoin ecosystem. They need support from the majority of network nodes to be successfully implemented across the entire blockchain. If the upgrade concerns only a small part of users, it's not necessary to get everyone's consent but can still benefit those who adopt it voluntarily (e.g., Segregated Witness).

The earliest example of a successful Bitcoin soft fork was carried out by Mike Hearn in April 2012 when he temporarily banned Bitcoin transfers from addresses holding blacklisted coins. The community responded quickly and prevented blacklisting without much effort. Since then, more soft forks were introduced, though SegWit tops the charts as the most influential.

In contrast to soft forks, hard forks are a little more complicated. In a real-world scenario, hard forks can be compared to a company that has split into two due to conflicts of interest between executives. The result would be two companies that operate independently with different names, rules, employees, executives, and internal structures. Likewise, a hard fork separates the blockchain into two, allowing the existing network to operate as usual while allowing the split-off chain to become an independent identity. As a result, it can implement new Bitcoin protocols, change the code, and take other liberties without interfering with the original network.

Most of the time, a hard fork becomes an entirely new entity that houses a new native cryptocurrency, like Bitcoin Cash. However, this isn't always the case. Future hard forks could be used to fix bugs or problems within existing chains by building onto their unique code rather than replacing it entirely with something new.

How Is a Bitcoin Fork Proposed? 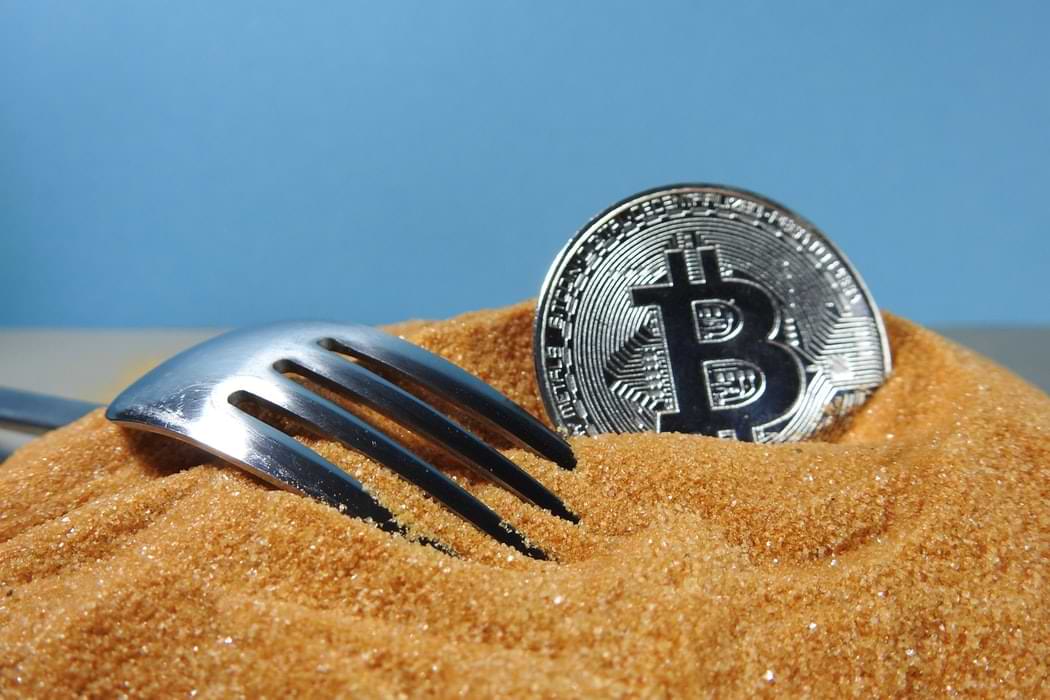 A hard fork is typically proposed by a core developer or development team through a Bitcoin Improvement Proposal (BIP). It can be controversial in the Bitcoin community, so developers are expected to debate the proposal's merits in an open forum. They must also show that there is consensus among other project members before it can go into effect. This ensures that some group within the network has legitimate concerns with how things are done at present and what changes need to take place, rather than just creating more chaos on top of already difficult problems.

Meanwhile, soft forks are usually proposed—also through a BIP—by developers and then enacted by an open community vote. They require significant support from the miners and other users to move forward, allowing participation among core community members.

After the Bitcoin blockchain was first conceived, it underwent several hard forks to add new features and fix bugs. The first such fork happened on August 16 2010, when Bitcoin 0.2 was released to the public, to remove a bug plaguing previous versions from the software.

After that, on October 24, 2010, another hard fork occurred that allowed users to create 50 BTC instead of 25 BTC per block (at least until 2012) due to more thorough mining and stability fixes. That first major iteration of Bitcoin's core code went through several other forks before Satoshi Nakamoto finally retired from development altogether in early 2011, leaving others to take up his torch.

Since then, Bitcoin has been forked multiple times, with the most influential soft fork being Segregated Witness, which increased the blockchain's transaction capacity in 2017. Meanwhile, Bitcoin Cash is by far the most successful hard fork, with an ability to scale up to a 32 MB block size—dwarfing Bitcoin's 1 MB block size in comparison.

Who Can Change The BTC Core Protocol?

Changing the Bitcoin protocol is a complex process. However, any Bitcoin developer can submit a BIP to dedicated editors of the Bitcoin community. The BIP must then pass the consensus of 95% of Bitcoin miners before the community upgrades to the new versions of the software—in the case of soft forks.

What Happens To My Bitcoins When It Forks?

When Bitcoin hard fork occurs, the renewed network can't own BTC as its native cryptocurrency; it must use a new cryptocurrency. Existing Bitcoin users who choose not to move their assets to the new blockchain will retain their holdings, but those who do are given different choices depending on the nature of the fork.

A hard fork may result in doubling investors' coin holdings (in that they are entitled to 1 of the new crypto for every 1 BTC they own), essentially giving users free coins. However, on other occasions, a hard fork may convert the existing BTC to the new crypto, so investors may choose to opt for the coin they believe is the safer bet.

Meanwhile, soft forks don't deviate from the existing blockchain, so all BTC holdings remain as-is. But the success of the soft fork may impact BTC prices—with successful roll-outs leading the way to a possible bullish market.

Bitcoin Forks: Are They Good or Bad? 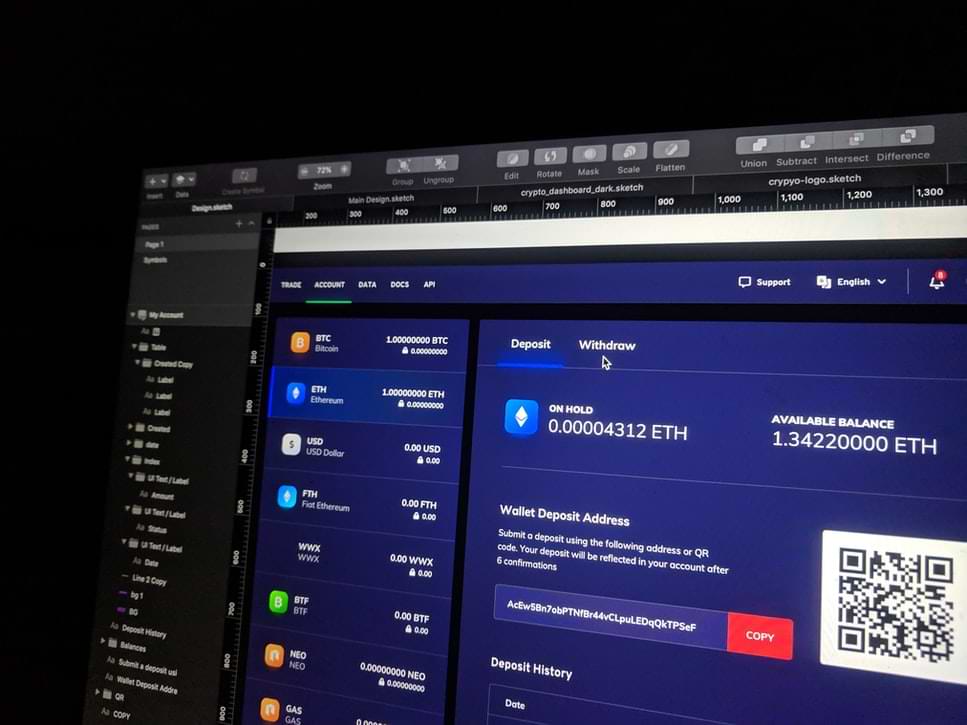 Bitcoin forks are generally proposed to solve problems on the existing network. While there have been instances of scam-related activity in the past (particularly through Bitcoin Platinum), the community has a sophisticated procedure for processing and approving BIP proposals, preventing illicit development from occurring. Moreover, forks are inclusively done with the consensus of most miners, node operators, and community members, so they're not singlehandedly approved by a small board of executives.

While soft forks are rare in the Bitcoin sphere, they are put under massive scrutiny before implementation—hence why SegWit is one of the only longstanding soft forks that greatly impacted the community. On the other hand, hard forks are a hit or miss—their success lies in the developers' ability to actualize the proposed network changes and maintain investor interest.

Only a few Bitcoin hard forks have reached a relatively high level of success, one being Bitcoin Cash. Between Bitcoin vs Bitcoin Cash, the latter has a larger block size of 8 MB, which can do 24 transactions per second. Bitcoin's 1 MB pales in comparison, with a measly 7 transactions per second capacity. As these innovations are continuously moving Bitcoin—and the cryptocurrency sphere—forward, they have positive impacts on the industry.

The Bitcoin protocol is similar to an operating system in that it isn't perfect. Over time, certain aspects get outdated, and the community may want to see changes that align with the current climate to elevate BTC's relevance. Implementing forks is a great way of solving this problem, as the community can work together to create optimum changes to the blockchain without tampering with the original code.

Investors are caught up in heated debates between Litecoin vs Vertcoin, Ripple vs Bitcoin, and other comparisons between the latest altcoin fads. But forking has inspired a different revolution where developers have become empowered to solve problems by making changes to the existing network instead of recreating a blockchain from scratch. As a result, it has opened doors for other blockchains to thrive, improving decentralization and paving a path toward more sustainable mining practices.