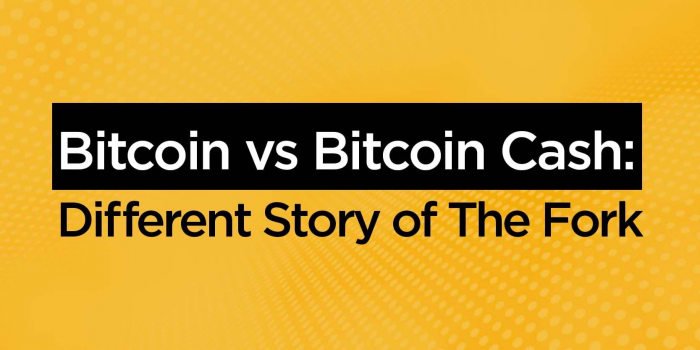 Bitcoin vs Bitcoin Cash: Different Story of The Fork

First-time investors could easily interchange the Bitcoin network and the Bitcoin Cash network. These digital assets have lots of things in common, names aside.

Some businesses sell a portion of their company as a strategic move- because these stand-alone companies can be more valuable and independent than when they were part of the entire organization. This is pretty much the same with Bitcoin Cash currency, a spinoff from Bitcoin. Know more about the similarities and differences of Bitcoin vs Bitcoin Cash.

It started when an anonymous internet user who goes by the pseudonym of Satoshi Nakamoto created Bitcoin in 2009. Bitcoin came to exist at the time of economic recession. It was introduced as a decentralized peer-to-peer digital currency. Transactions in Bitcoin are processed in a ledger called a blockchain. Being the first cryptocurrency that was created, many people refer to it as digital gold. 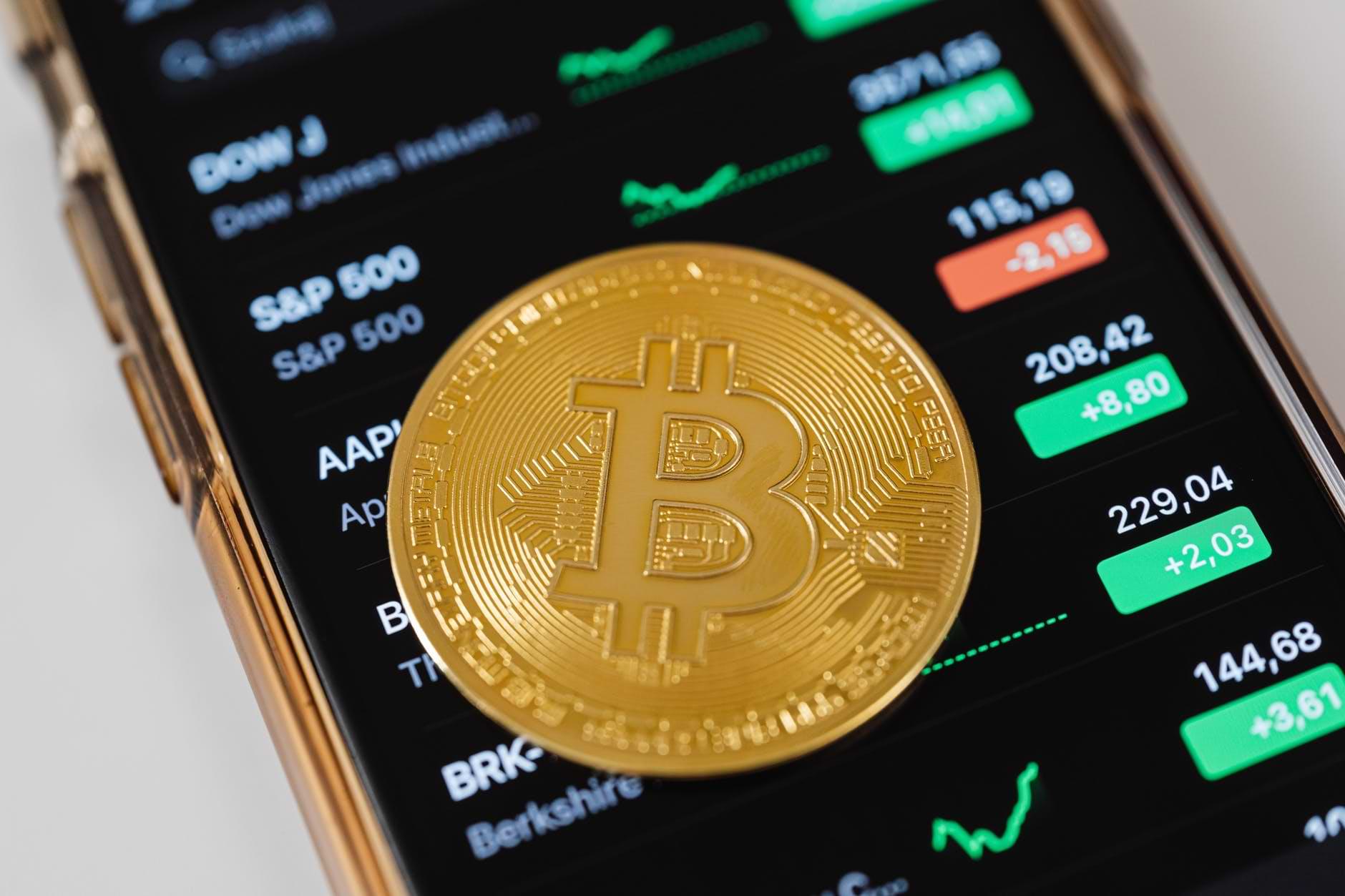 In May 2021, Bitcoin experienced a significant drop in its value when the overall crypto market lost an overall value of $850 billion. The drop was influenced by Tesla's direction to not accept Bitcoin cryptocurrency exchange as a mode of payment for their products. Subsequently, China announced a ban crackdown on crypto exchanges from their financial institutions.

It's still a question if Bitcoin will ever recover. From last year, there's an increase of 197.03% in Bitcoin, according to Coinbase. That's including the drop from May 2021 to June 2021. Looking back to the data from 2014, Bitcoin is still on the rise despite its crash this year. Hence, bullish investors are strongly encouraging long-term investors to hold or review their coins before deciding to sell, since past performance does not dictate future results.

Only 21 million Bitcoins shall ever exist. Until such time that its maximum has been reached, new coins have come into place, like the Bitcoin Cash blockchain.

What Was Wrong With Bitcoin?

The creator of Bitcoin currency (Satoshi Nakamoto) wanted to cut out the middle man (banks) and allow us to make transactions Peer to Peer in daily transactions. The above issues however made this counterintuitive as up to an hour delay and higher fees are not appealing and are not scalable as a long-term solution. This resulted in people sitting on their Bitcoins the same as we would a Gold Bullion vs using it daily.

Since its inception, there are many questions surrounding Bitcoin's ability, particularly its effectiveness and scalability. The issue has something to do with the Bitcoin blockchain. For one thing, Bitcoin's blockchain technology is slower (can process seven transactions per second) than a bank account. One well-known credit card company can process 150 million transactions in a day, that's 1,700 transactions every second.

How Does Bitcoin Cash Come Into This?

As there have been debates on bitcoin scalability and speed, there are cryptocurrency miners and developers concerned to resolve these with two solutions.  The first solution is to make the data that would be verified in blocks smaller. This would increase the speed of each transaction and makes it more affordable.

The second solution has something to do with the size of the blocks. To Bitmain and Roger Ver, believers of the block size increase, the solution is simple. Since the issue is the Block size, they suggest making the Blocks as big as 8 megabytes. This enables more transactions and information to be processed at a time. Bitcoin Cash was brought about out of these two solutions.

However, those who do not favor this, aka Small Blockers, did not concur with this. They find it necessary to maintain the 1MB size of Bitcoin. They suggest creating what is now called Segwit and Lightning Network.

In the business world, all the stakeholders should be informed of all the business policies and updates. This is not the case with the launch of Bitcoin Cash, where there was no agreement made. Instead, a process called "Fork" transpired.

Bitcoin Cash was created in August 2017, debuting with a crypto exchange of $900. BCH network was launched as a spin-off from the Bitcoin blockchain. It is often referred to as a hard fork in the crypto ecosystem. Roger Ver was satisfied with the adjustments the BCH brought- there were bigger block sizes, a simple and a different way to Mine, and there's no Segwit and Lightning Network.

BCH piqued the interest of many investors because this cryptocurrency was also used as digital cash. It's more affordable and more user-friendly than Bitcoin. Investors can use BCH to move their cash flow, which, apparently, is one of Bitcoin's limitations.

BCH was a cryptocurrency created by a process called a hard fork of the Bitcoin blockchain, which means they share a lot of things in common. Here are the similarities between Bitcoin and Bitcoin Cash:

BCH utilizes what Bitcoin miners are known to use, a decentralized consensus mechanism, Proof of Work, or PoW. No wonder both use PoW, given that it’s one of the fairest mechanisms there is. Coins are given only to the people who expend effort in securing the network. It prevents anyone from outsmarting the system.

Like Bitcoin, Bitcoin Cash has a finite supply of 21 million coins. Having a fixed number of coins guarantees the crypto's security and price.

SHA-256, or Secure Hash Algorithm 256, is a popular hashing algorithm that is used in Bitcoin encryption. SHA-256 converts any text to 256 bits. This hashing algorithm is also used by different competing coins, one of which is the Bitcoin Cash.

Aside from the mentioned similarities of these two, they also share a codebase. Now, let's proceed to the difference between BTC and BCH:

Even though Bitcoin Cash was created from a hard fork of Bitcoin, they still have differences. For one thing, the coins are not interchangeable. For instance, if you transfer BCH to BTC, these become two separate blockchains.

In comparing the transfer fees between BCH vs BTC, the former has lower transaction fees, costing around $0.20 in every transaction, while a Bitcoin transaction is around $1.

BCH can process transactions faster than BTC, with the former able to do about 116 transactions every second.

One difference between Bitcoin and Bitcoin Cash is that BTC has gained a lot of investor confidence as compared to BCH. BCH is still a new coin with lower market penetration, that's why there are more Bitcoin supporters than BCH.

It's important to note that BCH is eight times bigger as compared to BTC. This enables BCH to have faster and low transaction fees.

What Is the Best Option For Investment: BTC vs BCH?

Many crypto investors assume Bitcoin Cash VS Bitcoin is a competition. As the first crypto, Bitcoin is the most valuable cryptocurrency in the cryptomarket. Therefore, you can continue to hold or buy Bitcoin as a means to store value. But for practical purposes, BCH can serve as a tool for moving money because of its cheaper and faster transactions.

Both Bitcoin and Bitcoin Cash have the potential to grow in their market value adoption. This makes them both worthy investments that you should research.

Bitcoin vs Bitcoin Cash: The Future Belongs to…

Both coins are seen with promising value in the future- with Bitcoin being the original crypto, and BCH continuously growing value-wise. The established network and faster processing of BCH make it a great transactional currency, like fiat money. While BTC, still difficult to be used in transactions, are treated more like gold bars, a long-term investment. 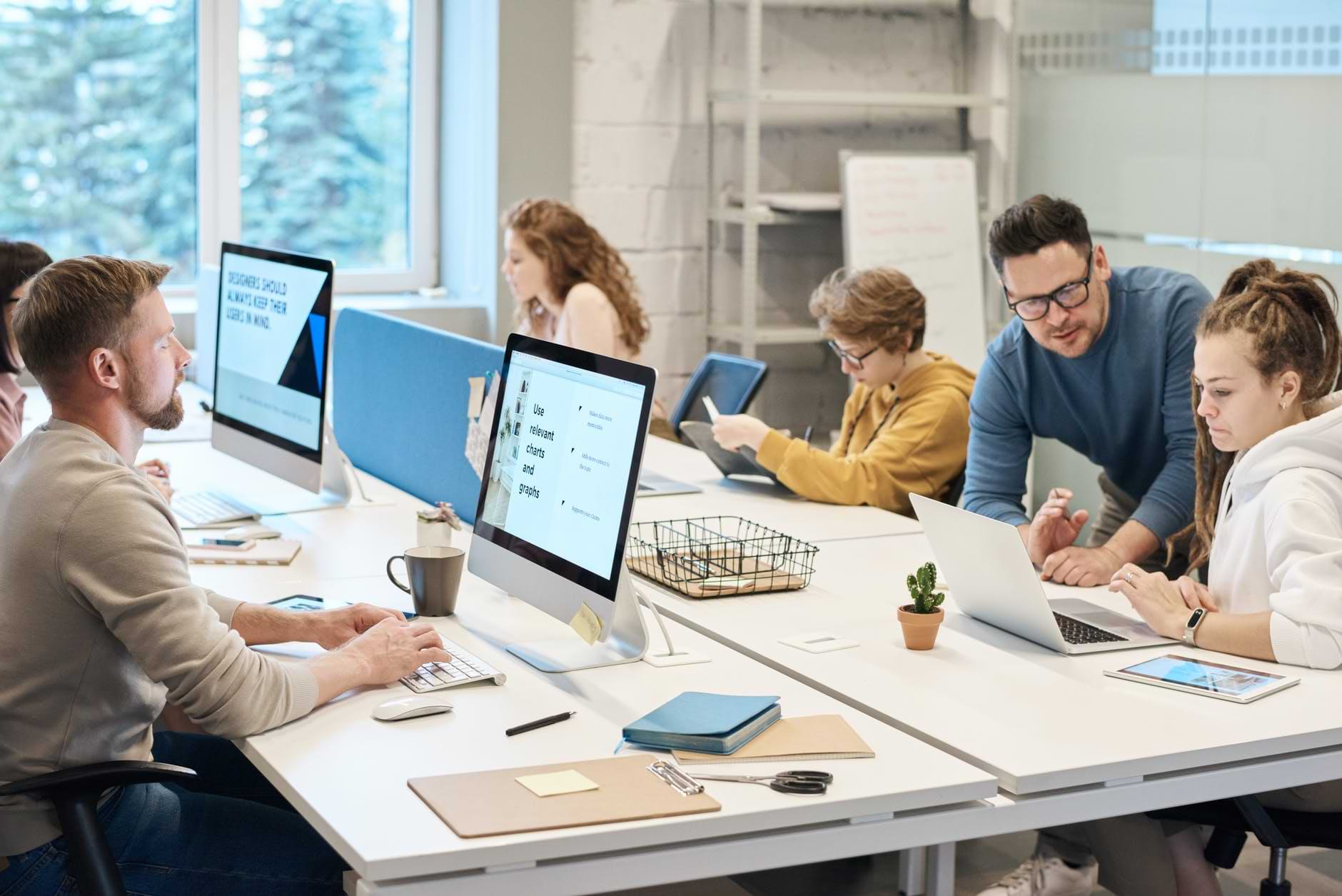 Now that you know the advantages of both coins, you can decide wisely which ones to invest in now, depending on your needs. For instance, you can invest in BTC as a currency for your basic money transactions, while you could buy Bitcoin for investment in the long term.

This system is truly unbiased and it is impressive to see that even with Key players involved with their different ideologies, you ultimately get to choose what works for you rather than have to continue with changes that may not work for you.

However, cryptocurrencies are still relatively new assets therefore still full of uncertainty. Hence, it's wise to regularly assess your goals and investment strategy, especially with crypto. The question is, what is your current goal? Are you more seeking a long-term investment or usable crypto?