The digital currency has so much potential to make our lives so much easier and make transactions more straightforward. When the Bitcoin evolution took off in 2009, a small portion of the world believed in its potential for bringing together a new age of paying for purchases. Now, the Bitcoin price has soared to over $47,000 (updated February 15, 2021), signifying a groundbreaking level of interest among investors.

Altcoins, such as DASH and Litecoin, trail behind as more scalable digital currency alternatives. The former has found a dedicated market in Latin America. And other parts of the globe, such as Japan and the third-world, have been slowly opening up to the idea of virtual currency transactions.

Still, there are specific barriers that are preventing the widespread use of digital currency in Australia. Although Australia is a somewhat progressive country for human rights, we are not the best when it comes to adapting to new technology. A large part of this is due to our population’s age, which mostly consists of those who are over the age of 60. History has shown that they are not well versed in technology to be comfortable using it.

When self-serve registers first came out, there was pushback from the older generation as they wanted to be served by a person rather than a machine. It stems back to them not liking computers taking the place of jobs, but they didn’t understand that people were still employed to make sure those machines ran smoothly.

To a certain degree, the barriers against a cashless Australia may be the lack of knowledge and reassurance over the safety of virtual currency. 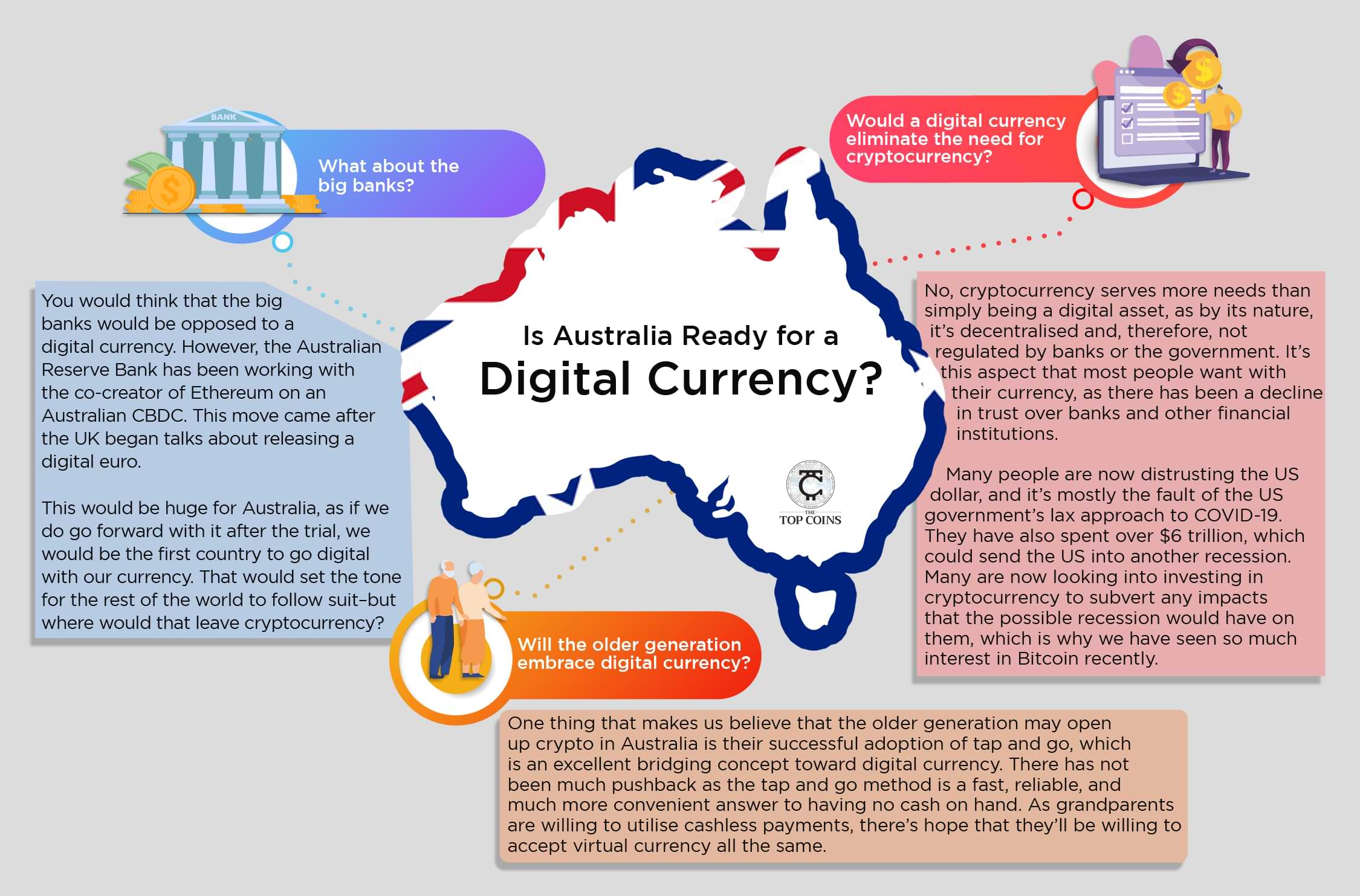 One thing that makes us believe that the older generation may open up crypto in Australia is their successful adoption of tap and go, which is an excellent bridging concept toward digital currency. There has not been much pushback as the tap and go method is a fast, reliable, and much more convenient answer to having no cash on hand. As grandparents are willing to utilize cashless payments, there’s hope that they’ll be willing to accept virtual currency all the same. 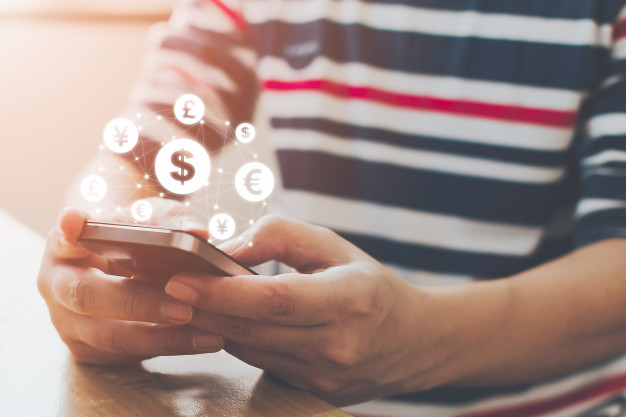 What about the big banks?

You would think that the big banks would be opposed to a digital currency. However, the Australian Reserve Bank has been working with the co-creator of Ethereum currency on an Australian CBDC. This move came after the UK began talks about releasing a digital euro.

This would be huge for Australia, as if we do go forward with it after the trial, we would be the first country to go digital with our currency. That would set the tone for the rest of the world to follow suit–but where would that leave cryptocurrency?

Would a digital currency eliminate the need for cryptocurrency?

No, cryptocurrency serves more needs than simply being a digital asset, as by its nature, it’s decentralized and, therefore, not regulated by banks or the government. It’s this aspect that most people want with their currency, as there has been a decline in trust over banks and other financial institutions.

Many people are now distrusting the US dollar, and it’s mostly the fault of the US government’s lax approach to COVID-19. They have also spent over $6 trillion, which could send the US into another recession. Many are now looking into investing in cryptocurrency to subvert any impacts that the possible recession would have on them, which is why we have seen so much interest in Bitcoin recently.

It does seem that Australia will adapt to some form of digital currency. After all, the Australian digital currency regulation has been in effect for the past few years. But whether they intend to create cryptocurrency or CBDC is yet to be seen. What we do know is that physical money is on the way out in favor of a cashless country.

To keep up to date with your preferred cryptocurrency’s price, click here and use our crypto tracker.