Currency Converter
The Top Coins > Blog > Blockchain News > Latest News > IT'S AN EMERGENCY! What You Need To Know About Australia's Wildlife 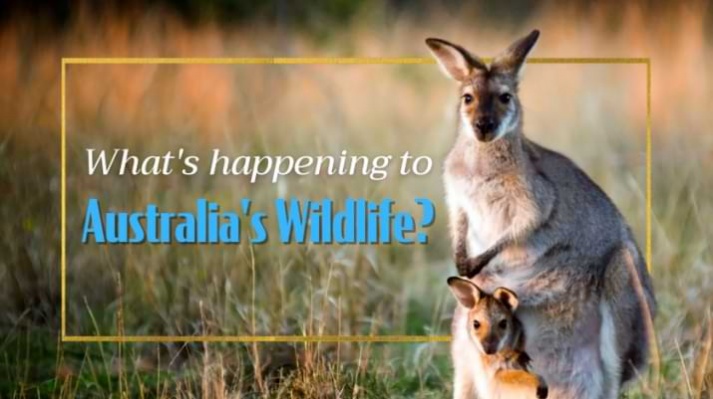 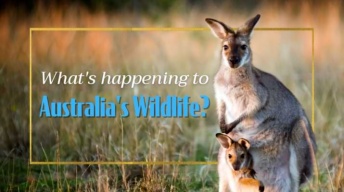 IT'S AN EMERGENCY! What You Need To Know About Australia's Wildlife

What You Need To Know About Australia’s Wildlife

Australia is well known and loved around the globe for its magnificent and unique wildlife. Sadly, now more than ever Australia’s wildlife needs your help! The Great Barrier Reef and terrestrial ecosystems ranging from dry deserts, bush lands and tropical rainforests, house over 1 million of Australia’s native species. Many of these species are found no where else in the world meaning that Australia has a HUGE responsibility to make sure these species thrive for many generations to come. Australia ranks #7 on the most biodiverse country list! Our seas are filled with the most beautiful and rare marine life and it’s well known that our country is covered in reptiles! According to The Reptile Database and FishBase we outperform the rest of the world being the #1 country with the most biodiverse fish and reptiles. About 84% of mammals, more than 45% of birds and 89% of fish are endemic — that is, they are only found in Australia. Why do we have so many endemic species? Thirty-million years of geographical isolation has created animal and plant species unique to our continent. However, this rich biological diversity has seriously declined since European settlement.

There has never been a more vital time to protect Australia’s wildlife. In the 2019/2020 bushfires over 10 million hectares were burnt to the ground. This eradicated 50% to 80% of the habitat of already engaged species such as our beloved Koalas, Black Cockatoos and Quokkas, just to name a few. The biggest threat to native species are introduced animals such as feral cats, the red fox and cane toads. The introduction of new plants to Australia’s ecosystems have also created huge harm! The second biggest threat is habit loss caused by deforestation. When an animal losses its habitat it can’t just relocate and live happily ever after. It dies. Livestock and animal agriculture is the main reason cause of deforestation. In 2015, 45 million animals were killed in Queensland alone from deforestation. Millions of animals die so land can be created for livestock to  breed and be farmed. Although livestock are animals, they don’t work harmoniously with the original ecosystems. Farming cattle is also a huge contributor to Climate Change.

The thing about natural ecosystems is that every single plant, animal and natural infrastructure rely on one another to be there in order to thrive. Think about a beaded necklace; If you cut the string threaded through all the beads they’ll all fall off. The same goes for every ecosystem. If one animal goes then another doesn’t have food or a predator throwing it all out of balance. A thriving ecosystem shows natures genius at play, it’s not just a coincidence that every single organism has a purpose and role. We are now seeing the effects of man making enormous changes to the natural world and the catastrophic effects it’s having. We might not be too concerned by one or two animals that we didn’t even know existed going extinct, but what we don’t realise is the huge ripple effect of that one species or plant disappearing. The catastrophic bushfires of 2019/2020 effected nearly 3 billion animal which has now pushed many more of our precious wildlife on an accelerated path to extinction. It was already an urgent matter but after the fires it is now an emergency like no other. There is no time to wait, our wildlife needs us before it’s too late.

What Can We Do?

So what do we do? If you’re anything like me your heart breaks thinking about the tragic loss of 1 billion animals during the fires and the already endangered species struggling in their limited habitats. It also can be immensely overwhelming hearing these statistics and understanding how many things come into play. The good news is we’re all powerful and we can all have a big impact. The Nature Conservancy Australia has been an amazing example in showing the importance of collaborating with Indigenous Australia to save species such as the Black-Flanked Rock Wallaby. The organisation works with the Martu people of the Western Desert to help recollect, protect and breed the wallabies. We need to turn to the rightful custodians of the land, work along side and learn from them. Regeneration is a HUGE element of helping Australia’s wildlife too. If species whether that be marine life, mammals or birds don’t have suitable habitat to feed off and receive shelter from, they’ll die. As mentioned in last weeks blog, The Top Coins participated in bush regeneration. We specially planted plants to create habitat for the Eastern Ground Parrot which was also devastatingly effected by the recent fires.