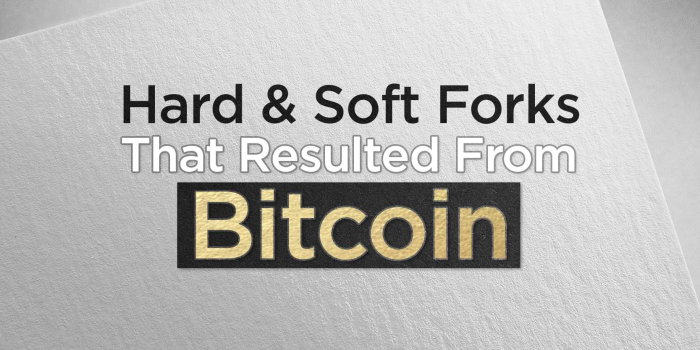 As the first blockchain to bridge the gap between digital finance and real-world application through cryptocurrency, Bitcoin has always been a role model in innovating the decentralized economy. Many altcoins were created following the success of BTC currency, allowing developers to experiment with various protocols and algorithms amid the search for the perfect coin that could scale to mass adoption and replace fiat money.

One way of solving Bitcoin's shortcomings without recreating a completely new blockchain is through forking, which is a split in the network's history. This process allows developers to create major changes in the software protocol without diverging from the original chain (soft fork) or split into a new blockchain that operates independently from Bitcoin (hard fork). All Bitcoin forks exist due to the blockchain's open-source code, which allows the community to contribute to the network.

Over the years, there have been a plethora of Bitcoin forks to enter the market—here's what you need to know about them.

Some developers create a Bitcoin hard fork to solve issues in the original blockchain without disrupting its progress. Due to the decentralized nature of blockchains and Bitcoin’s open-source network, all major decisions must be agreed upon by the community. However, not everyone may agree to these changes—so it isn’t rare for disagreements to cause rifts between members. If opposing parties can’t come to a resolution, one side may choose to split off of Bitcoin’s original chain, resulting in a hard fork. In other words, a hard fork takes place when a blockchain breaks into two separate chains as a result of disagreements between the operating nodes.

A hard fork operates independently, which means that the new blockchain doesn’t recognize transactions that occurred on the original chain. Without a connection between the two, the cryptocurrency of the Bitcoin hard fork is no longer BTC but a new kind of coin (although it can be seen as an improved version of its predecessor). Hard forks can employ different mining algorithms, blockchain protocols, governance, and any other aspect of the network.

Unlike a hard fork, where an entirely new blockchain splits from the existing Bitcoin network, a soft fork is a less drastic measure of implementing major changes into the network protocol. In a soft fork, the blockchain only upgrades itself when enough of its operators (at least 51%) have voluntarily chosen to push through with it.

A soft fork is backward compatible, which means that the new version of the blockchain recognizes transactions from the previous one—so a Bitcoin soft fork is still essentially Bitcoin. Soft forks primarily implement new rules into the network while keeping participation optional for consensus—though users left behind may lose some functionalities. 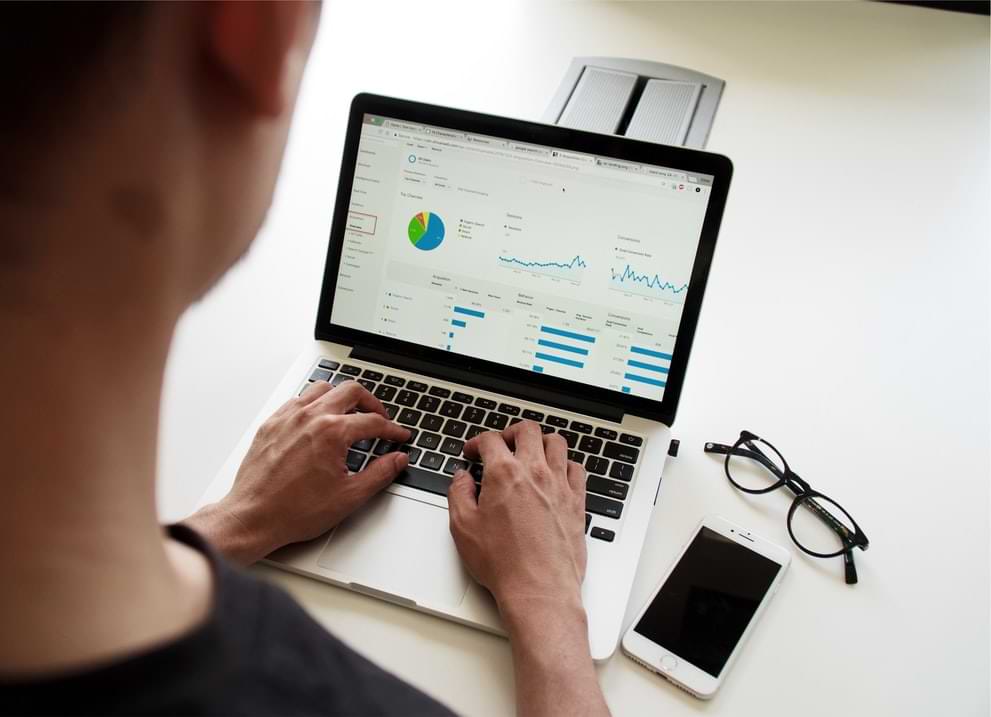 Bitcoin boasts a massive forking history, playing the role of the parent network for many major altcoins in today's cryptocurrency market. There are two notable soft forks in its roster: the Segregated Witness (SegWit) consensus layer, which reduced the size of each BTC transaction in 2017, and one of the upcoming Bitcoin forks, Taproot, which would allow smart contracts to run more efficiently on the network.

On the other hand, Bitcoin boasts a robust roster of hard forks, dating back to 2014—just a few years after digital currency was introduced to the world.

Bitcoin XT was first initiated by Mark Hearn, a programmer who published the Bitcoin Improvement Proposal (BIP 64) on June 10, 2014. This proposal aimed to increase the BTC block size, which would allow the network to process more transactions and improve its scalability. Bitcoin XT was successfully adopted by various developers who worked together to scale the network up to processing 24 transactions per second with an 8 GB block size (as opposed to Bitcoin’s 1 MB). Unfortunately, while the project saw success in its early days, it was eventually abandoned after developers lost interest.

The Bitcoin Classic (BXC) project was created in early 2016 by Jonathan Toomim. This project aimed to increase the BTC block size from 1 MB to 2 MB and allow more transactions to process per second (24). While it isn’t the most popular Bitcoin hard fork, BXC was able to amass a loyal group of supporters who have kept it running to the present day, where it trades at about $0.15.

Bitcoin Cash (BCH) is arguably the most popular of all Bitcoin forks, successfully holding its own since splitting from the main blockchain in 2017. It now ranks 15 by market cap and trades at $662 per coin. The Bitcoin vs Bitcoin Cash debate is a testament to its popularity—as some investors have chosen to support BCH over BTC due to the network's ability to process more transactions per second.

Bitcoin Gold (BTG) forked off the main Bitcoin blockchain in late 2017, amassing enough investor confidence to generate a value of $78 per coin. While it has since mellowed down from its early days, when the coin’s explosive popularity brought prices to an all-time high of nearly $500, BTG remains one of the most successful players in the Bitcoin fork history. Its main value proposition is a mining algorithm that’s GPU-compatible—shunning the ASIC rigs that have taken over the Bitcoin minefield.

Not all Bitcoin hard forks were legitimate projects. In 2017, Bitcoin Platinum was at the center of controversy after a South Korean teen trolled the world with an elaborate scam, enraging the local cryptocurrency market. The event was one of many that inspired the South Korean government to impose stricter regulations on the crypto industry.

Ranger Shi and Li Xiao Lai created Super Bitcoin (SBTC) in response to Bitcoin’s lack of smart contract compatibility. Smart contracts have become essential in modern blockchains, allowing the automation of various in-network functions, subsequently heightening useability. SBTC was launched in 2017 as an experimental coin that aimed to provide tangible solutions to the smart contract dilemma. It has since remained in the experimental phase while staying just a hair under $1 for its 210,000 pre-mined coins to support the development team.

Bitcoin Silver (BTCS) made it to the Bitcoin forks list a few years ago in an attempt to woo the market with the Equihash algorithm, which enables mining on ordinary PCs. The development team advocated for the decentralization of crypto mining, as the current ASIC-dependent landscape is controlled by a select few who could afford the expensive venture. However, BTCS failed to reach the mainstream market.

Bitcoin Uranium (BUM) made it to Bitcoin fork history as one of the first privacy-focused coins to emerge from the original BTC network. It operates similarly to Monero currency (XMR) in that it prioritizes anonymity and security above all else. BUM provides shorter halving intervals while maintaining an ASIC-resistant mining protocol.

The Impact of Bitcoin Hard Forks on Prices

Bitcoin’s most recent hard fork occurred on November 15, 2018, splitting the Bitcoin Cash blockchain into BCH and Bitcoin SV. This split event caused a plummet in BCH’s price from $425.01 to $289, while Bitcoin SV traded around $96.50. Meanwhile, BTC prices remained unaffected during the ordeal. 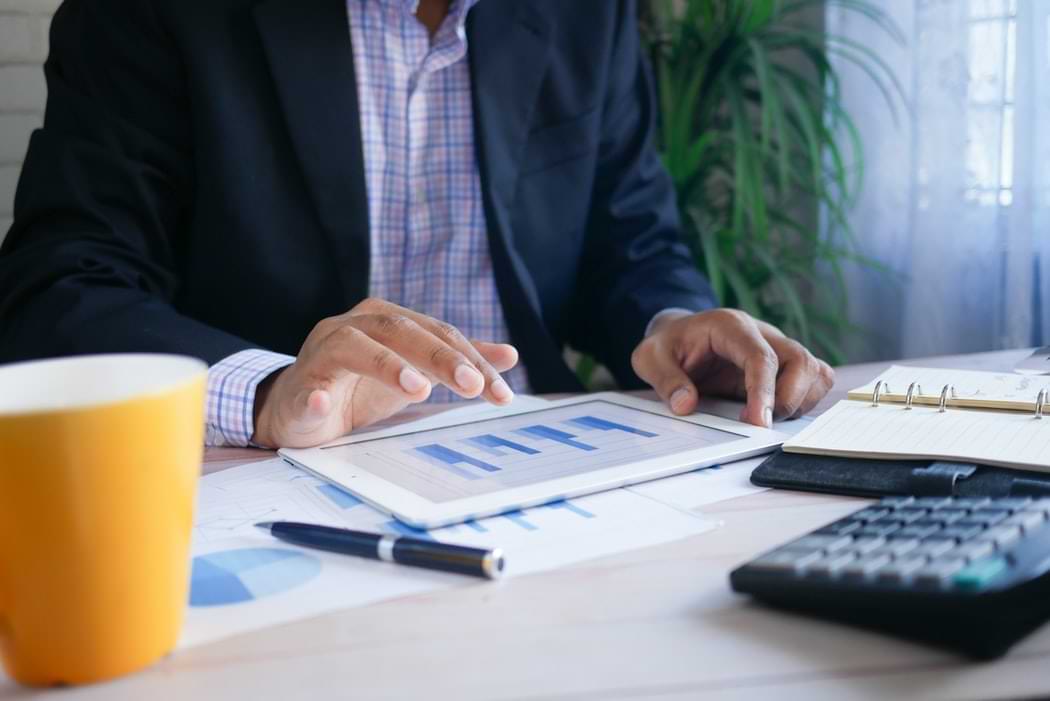 Bitcoin failed to get a major upgrade in the form of a soft fork for years, so all eyes are on Taproot, which would make major waves in the network once it rolls out within the year. The upgrade is expected to occur in November 2021 and will unlock a key feature in the blockchain: smart contracts. This would put Bitcoin back on the same playing field as Ethereumc currency, which had taken the world by storm through its innovative use of smart contracts.

Why Does Bitcoin Need to Fork?

Bitcoin’s open-source technology encourages discourse and cooperation within the community, allowing everyone to participate in the network’s improvements. Naturally, some disagreements are likely to take place at some point. Rather than creating massive rifts and questions concerning decentralization, creating hard forks was the most logical solution as both parties could be appeased. On the other hand, soft forks play a crucial role in allowing the Bitcoin blockchain to open up to new protocols that were not in the existing code—but are necessary to keep the network up to date in a quickly evolving digital landscape.

Forks play a crucial role in Bitcoin’s evolution, allowing new protocols to diversify the market while empowering developers to experiment with breakthrough, game-changing technologies that could solve scalability and crypto adoption issues.