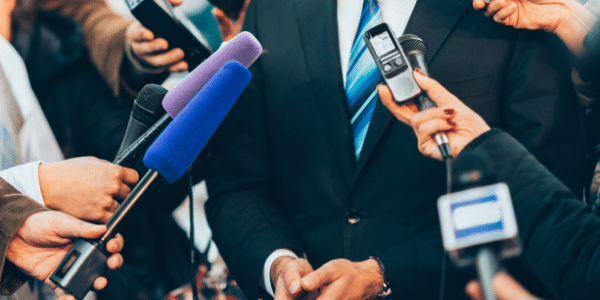 Cryptocurrency and the Media

Media is where a large percentage of the population gets their news from. So, it is important to watch a variety of news programs to get the full story and not just a bias option. One topic that most news outlets have agreed upon in the past was cryptocurrency and what its role in our lives would be.

In 2017, when Bitcoin spiked to $20,000 USD, it seemed every news show, paper and podcast was talking about it. Most were of the opinion that the spike wouldn't last based on what crypto industry professionals were saying. In the end, they were right as after that initial spike, Bitcoins price dropped dramatically.

Since then we have not heard much from the media about cryptocurrency.

But this year has been great for the cryptocurrency industry with all major cryptos looking strong going into 2021. Along with various news stories which help show people that this new boom period is not like the last one.

Bitcoin, once again, is going up in price and is currently worth $19,626 AUD. What makes this different from the 2017 spike is that it is not a spike at all. This recent growth of Bitcoin did not happen overnight. It was instead a steady increase over the course of a few months, and it is not just Bitcoin either as Ethereum has seen a steady increase in price over the past year as well.

Recently, we have told you about interviews with Paul Tudor Jones and Mike McGlone. They both say that Bitcoin would be more incredible in a few years. This has led to many more people being interested in cryptocurrency and more people reporting on it. This time, people are not saying it will drop within the next week but are instead calling it a valuable asset.

Bitcoin specifically is now being touted as the next big investment opportunity. Many news channels such as Yahoo Finance and CNBC have been talking about this to their millions of viewers. The things they are saying are positive when compared to the coverage of 2017.

What does the media say about cryptocurrencies longevity?

Many are calling Bitcoin and cryptocurrency a good backup investment that can be used as a safety net in case of an emergency. Also, many companies are taking this advice and investing in it. In fact, 3.75% of all current Bitcoins are locked up in the treasuries of publicly traded companies which shows large companies are taking it seriously.

It is such a cliché to say the media controls everything, but the fact is they do control a large portion of our lives. Although, when multiple news sources have the same opinion of a topic as controversial as cryptocurrency, it might be time to listen.

With PayPal allowing users to buy, store and sell cryptocurrency on their app in 2021 and Coinbase releasing their cryptocurrency VISA card in America. The time has never been better to invest in cryptocurrency. To track the progress of Bitcoin or any other cryptocurrency, click here and use our crypto tracker.