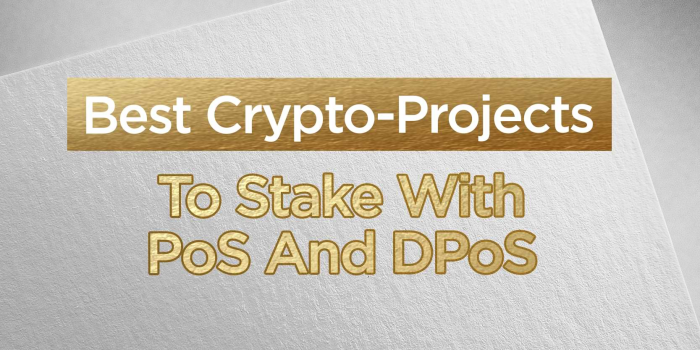 Best Crypto-Projects To Stake With PoS And DPoS

Over the years, blockchains have evolved through Bitcoin's legacy, constantly outdoing their predecessors with innovative solutions to longstanding problems. One of the biggest challenges among new networks is finding better ways to offer a decentralized experience while removing the pain points of traditional systems, such as the resource-intensive and environmentally harmful Proof-of-Work (PoW) mining method that was popular among older blockchains, such as Bitcoin and Ethereum.

One of the key solutions to this problem is using Proof-of-Stake coins, which have been gaining popularity and have been adopted by various blockchains. Here, we'll explore the PoS consensus model, as well as the controversial Delegated Proof-of-Stake (DPoS) model that some blockchains have chosen to employ.

Staking is one way blockchains employ a decentralized coin-mining process, which allows investors to validate transactions on the network and, at times, operate full nodes themselves. It's a process wherein you can surrender several coins to the blockchain for a predetermined period to gain interest over time. The interest plus collateral are then returned to you after the stake cycle, essentially acting as profit.

The Proof-of-Stake (PoS) is the most common consensus model to utilize this mechanism and is used by popular networks like Cardano and Ethereum 2.0. Depending on the network, coins may be locked up while staked, so it's a method that suits long-term investors who don't have an immediate use for coins and have no desire to short-sell funds. 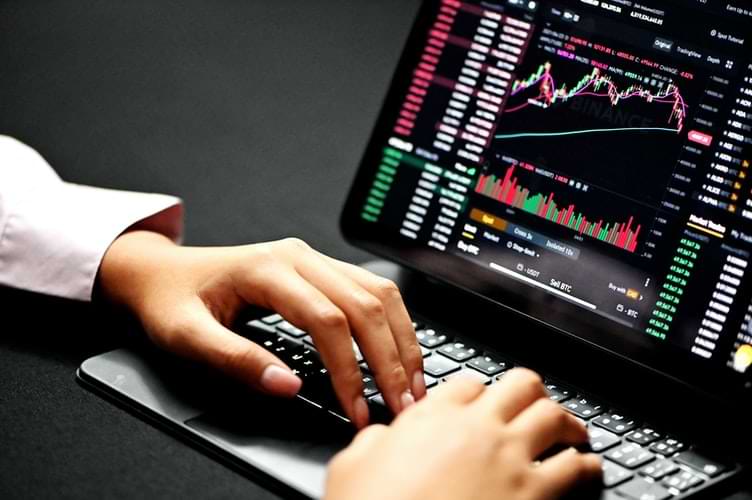 PoS is unlike the Proof-of-Work (PoW) mining that relies on raw computing power for verification. It requires users to stake their holdings as collateral to use the network's transaction features. In other words, it incentivizes participants who hold tokens with a stake investment instead of those who generate blocks via computational work, so they need only to spend money proportional to what they have invested in the crypto economy rather than resources spent for intensive computations.

Moreover, the negligible power commitment to running a PoS operation means that you don't have to purchase expensive mining rigs to start. It's a massive benefit against PoW, criticized for its excessive power consumption and carbon footprint output.

A more recent development in Proof-of-Stake is known as Delegated Proof-of-Stake (DPoS). The main difference between this model and the former is that a traditional PoS system allows the entire transaction history from genesis to decide who gets blocks. With DPoS, only a few people get voting rights in the whole network. Other stakeholders choose these people through democratic elections at the start of the blockchain production or on every stake cycle. Essentially, your stake will go toward a vote for preferred delegates, who will then be chosen by majority vote. It allows the network to maintain an optimal stake distribution among those elected positions.

The most well-known blockchain to employ the DPoS model is EOS, which has been hailed as a decentralized operating system. However, many critics disagree. Due to the democratic voting process, vote-buying and other forms of cheating run rampant and make it difficult for an ordinary individual without power in the community to obtain the rights to operate a full node. As such, DPoS isn't for everyone. If you highly value the traditional definition of a decentralized network, then this staking method may not be compatible with your preferences.

While PoW suffers from critics who disagree with its negative impact on the environment, many support staking, which doesn't utilize nearly as much energy as the former. These are some of the top DPoS and PoS coins that have made their mark in recent months.

Polygon was built as a blockchain that goes hand-in-hand with the influential Ethereum network, essentially acting as a Layer-2 scaling solution for the latter. It's essentially a hosting service that allows decentralized applications to run smoothly while scaling to mass adoption - a constant issue in Ethereum that isn't expected to be fixed natively until the 2.0 transition. MATIC can be staked with PoS through an in-house stake app, allowing you to choose to become a validator or a delegator. As the network houses a wide range of projects, you can also directly stake in any of its decentralized apps.

The South Korean blockchain sensation, Terra or Luna, saw massive success in this year's bull market, where it grew by over 7,000% in just one quarter. Its main value proposition is programmable money through an entire ecosystem of features, from a stable coin protocol to an oracle system and smart contract support. The all-rounder is the first to bring a range of innovative ideas to the table, hence the excitement all around it. Its native cryptocurrency, LUNA, can be staked by delegating coins to the current validators. However, if you prefer to be a validator yourself, you need a massive financial commitment in LUNA (about $20 million with the current market value).

EOS is one of the biggest names in the staking department due to having made its mark as one of the first blockchains to adopt the controversial DPoS model. EOS is essentially a more scalable Ethereum - a smart contract-based platform that facilitates instant transactions with no transaction fees. An advantage to DPoS is that allocating the transaction validating power to only 21 delegates allows the network to be highly scalable to achieve its position as a powerhouse with close to zero transaction fees. The staking process is straightforward: it's essentially a voting process through an app or exchange, where you allocate coins toward your preferred block producers. They will then carry on the technical aspect of the job.

How to Select a Crypto Project?

You need to consider a few key things when selecting a cryptocurrency project to support and possibly stake in.

Staking is a significantly more profitable pursuit than just HODLing, so it pays to consider joining in whenever the opportunity arises. You'll be rewarded in coins based on an annual percentage yield, which can vary from a few per cent gains to 100% and up, depending on the blockchain. The returns essentially offer passive income at little to no work! But before jumping in, remember to consider your options and find alternative strategies—such as joining stake pools—to expand your potential gains.