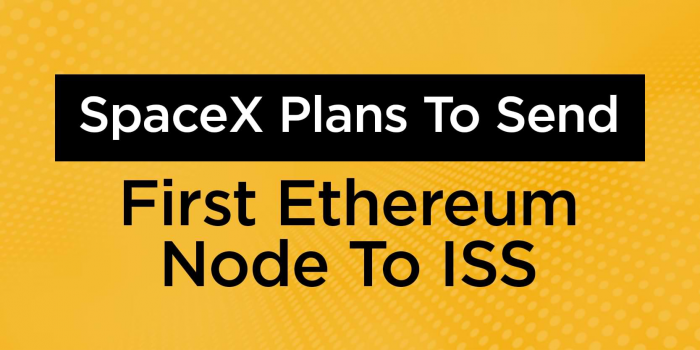 SpaceX launches a new project comprising the Ethereum node. It will be sent to the International Space Station (ISS) on July 3rd, 2021. SpaceChain will also be involved in this project, making it SpaceChain’s fourth blockchain payload.

SpaceChain will seek the assistance of the Falcon9 rocket to make this endeavor possible. Additionally, Falcon9 is a client of SpaceChain.

According to SpaceX news, Falcon9 rocket is employed to take the ETH node to the International Space Station. It is the first orbital-class rocket with the potential for reflight.

The reason behind this decision is attributed to the guaranteed safety and reduced cost factors in space access. The trait of being reusable will enable the rocket to reuse its expensive components again. Therefore, the cost involved in the production is brought down significantly.

Nexus.Inc will perform the installation of the ETH nodes in space. They are a client of SpaceChain. Another trip is scheduled for June 24th, 2021. Falcon9 will carry three nodes designed for Divine, Biteeu, and Nexus.Inc to the ISS.

Regarding the collaboration of SpaceX and SpaceChain, SpaceChain recently stated that they approached SpaceX to carry out this ISS flight. The CEO and co-founder of SpaceChain, Zee Zhang, has expressed his enthusiasm to be a part of this mission.

The main agenda for this collaboration is to increase the scope for the decentralization of space infrastructure. The potential of blockchain market applications is also coming into the limelight, and this collaboration will cement the affiliation further.

How Will SpaceX And SpaceChain Keep ETH Node Safe?

Similar to the speculations surrounding any major launch, the security features of this tremendous launch are also under scrutiny. This SpaceX flight guarantees the installation of various security features once it reaches the outer orbit.

After the ETH node reaches the International Space Station, SpaceChain will roll out multiple security installations to guarantee the safety of the node. The Space Act Agreement between Nanoracks and NASA will enable space-station research in both short-term and long-term formats. 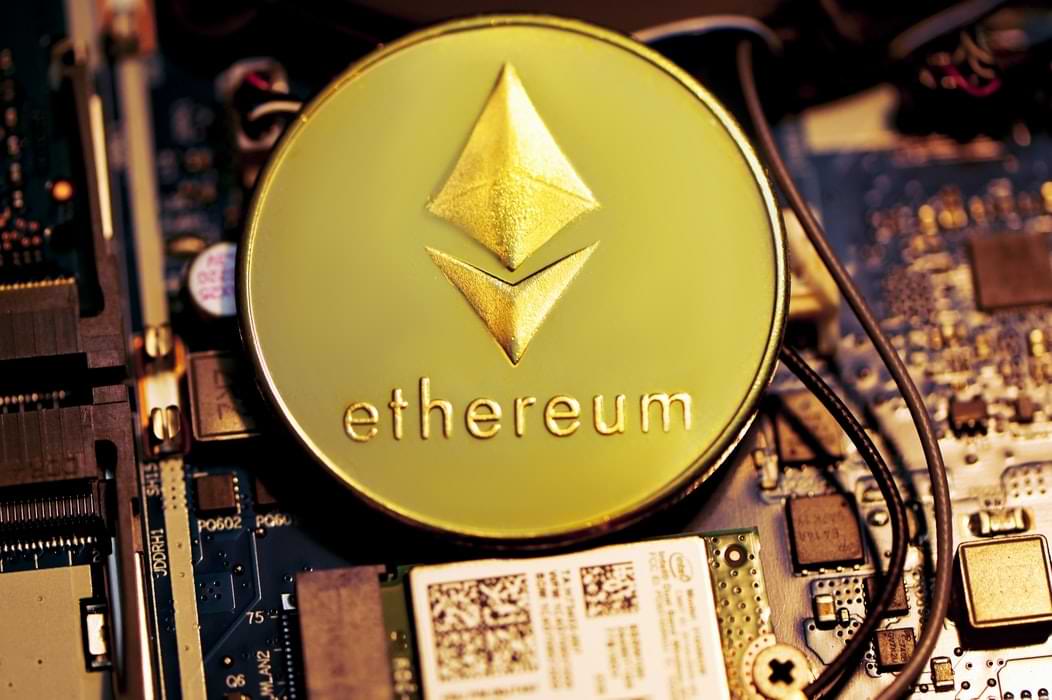 Economical deployment solutions for satellites have also been made possible, along with safety and security node checks. Extensive documentation of about 1,000 pages for each project has been submitted, according to NASA’s conditions.

In-house software checks have been completed. The blockchain hardware embedding at the International Space Station will grant access for further transaction trials.

The multiple benefits that people can avail of from this project include asset custody and products related to data security. SpaceChain has also announced the launch of Bitcoin nodes alongside the Ethereum nodes.

You can get a clear idea of how this will pan out based upon Elon Musk’s statement regarding Tesla and Bitcoin.

Now that we have analyzed all the related topics and components involved in this SpaceX and SpaceChain collaboration to launch ETH nodes to the ISS, you can gain a lot of insight into this project's scope.

The magnitude and vision of this project are indeed humongous, thereby guaranteeing extensive returns and benefits for everyone interested in cryptocurrency. The multiple layers and leading giants associated with this project promise remunerative benefits and opportunities for the future

From PoW to PoS: Ethereum Plans to Reduce Energy Consumption
29 Jun 2021
Be the first to know about crypto news everyday