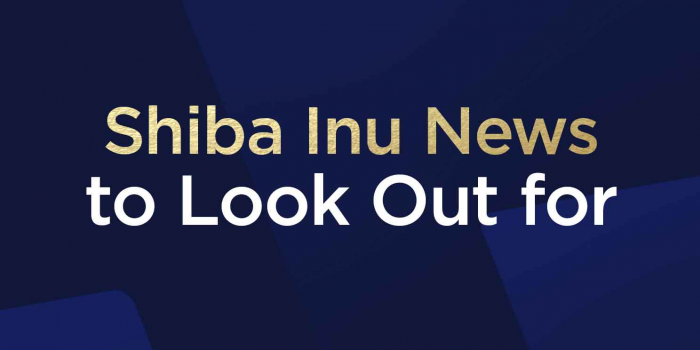 Shiba Inu News To Look Out For

There are many cryptocurrency trends to keep an eye on in the coming week. At the same time, BTC (Bitcoin) and other cryptocurrencies have been experiencing a decline, with plenty of action to watch out for.

The Shiba Inu coin has been making headlines recently as the cryptocurrency continues its rise in popularity. With this attention, it's essential to look at what is happening with the coin and how it will impact the future. For that reason, TopCoins   can help you with that.

Why do you need to be updated about Shiba Inu Coins?

With the recent surges in value that cryptocurrencies have been experiencing, it is essential for those interested in staying up to date. It is because cryptocurrency will likely continue to grow as a concept and as a currency. Understanding cryptocurrencies for dummies can understand how currencies work and obtain more information about the risks involved with investing in them.

Those who know transactions using these types of currencies also have an advantage over those who do not. Understanding why there needs to be constant attention being paid towards this industry can help drive people towards continual vigilance when it comes to news relating to crypto or even participating in crypto-based investments themselves.

Meme coins   are cryptocurrencies that were inspired by the Internet and social media memes. The lack of real value means they won't make you rich anytime soon, but turning your meme coin into cash is possible.

Shiba Inu is one such coin you always need to stay vigilant when investing and trading SHIB. The big price fluctuations can make or break your investment strategy. Furthermore, the support of Elon Musk, one of the richest men in the world, has made a significant difference in how people see Shiba Inu and Dogecoin, among other meme coins.

On October 4, 2021, Elon Musk tweeted   about his Shiba Inu dog Floki. Many have claimed that the tweet by Elon Musk, a billionaire who's well-known for his love of Dogecoin, triggered SHIB's crazy gains.

The Shiba Inu or SHIB, as it's referred to in cryptocurrency circles, is a coin that aspires to be an Ethereum-based alternative to Dogecoin. Data from blockchain analytics firm Kaiko shows that trading volume across the eight most liquid SHIB/USDT markets all went up on October 4 - an exciting development given our recent bear market. The Shiba Inu coin just shot up 47% in value over the last 24 hours, to a whopping $5.1 billion market cap.

Elon Musk's habit of sharing cryptic tweets often fuels mystery than uncovering it. As known, he has had his fair share of tweets about Dogecoin months ago. The dog featured in the image was seen as a popular meme representing Dogecoin, but he hasn't actively and explicitly supported Shiba Inu or coin recently.

Some crypto traders are scratching their heads over the seemingly odd price pop of one random coin among thousands, with some wondering why it happened now and not before.

A mysterious individual buying coin in immense quantities has been spurring discussion on social media. On October 1, a user bought 6 trillion Shibis worth around 43 million dollars from an exchange, and when users asked where he got the money from, they responded "anonymous."

The whale continued to invest heavily in Shiba Inu, buying another 116 billion coins the next day and two transactions of 159 billion coins each a few hours later.

With interest from whales growing stronger, Shiba Inu is cementing its position in the market. SHIB was recently released on eToro - a global social trading platform with listings for CoinBase Pro and WeBull at the start this month, all spurred by whale buying billions worth over time-frames not too long ago. September saw them make it into Binance's portfolio as well.

Shiba Inu, a cryptocurrency exchange with Dogecoin currency   killer ambitions, has been unleashed to take advantage of the ongoing meme coin craze. It even took them one step further than DOGE and created its decentralized exchange earlier this year.

Shiba Inu is one of the biggest coins today

Shiba Inu SHIB is a revolutionary new cryptocurrency that has the potential to change everything. It's not just another pump and dumps hindered by shady practices, but one backed with solid foundations in its native currency: The Shibaswap Token (SHIB). Users can use their SHIBs for trading rewards and earning interest on transactions validating through this platform.

There are other perks, such as buying rare non-fungible tokens or staking them all while getting paid dividends as any good financial institution should!

One of the most widely used cryptocurrencies today is taking off. Shiba Inu, which was created as an homage to another crypto-meme named Dogecoin, rose by 367% within a week - securing itself the 12th largest cryptocurrency spot.

The SHIB token's rise in price is not an isolated occurrence. The cryptocurrency market as a whole has been performing well, with Bitcoin being 30% higher than before and trading above $50,000.

One year ago, someone called Ryoshi created the token. It was seen as a rival to Dogecoin but slowly turned severe because of its similarities. After that, this coin's popularity waned until it became completely different from other coins used for memes or lulz purposes.

The Shiba Inu has always been known as Japan's native breed of dog that would often be depicted being lazy yet great at remembering things like names and faces, which could explain why both meme teams choose them.

As we all know, Elon Musk has been a significant player in cryptocurrencies for some time now. His posts on Bitcoin and other coins can swing prices wildly either way with his words of encouragement or corrections.

It is vital to stay up-to-date on the latest news always. There are many things to look out for in the world of Shiba Inu news, and we hope you found this helpful information. The more information you have the better prepared you will be for what may occur in the future.