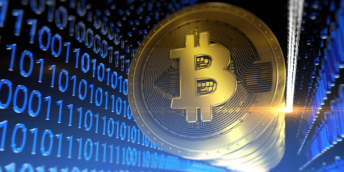 How to Invest in Bitcoin (2020 Step-by-Step Guide)

There has been a lot of talks recently about cryptocurrencies. One of these is Bitcoin currency . As some people say, it isn't just the future of the investment industry but the future of currency. This brings the idea of a cashless society floating around. However, all of these are just speculation. So, it's up to you to believe it or not. Meanwhile, if you are going to buy Bitcoin as an investment or want to try something new. Here is how you do it.

Step 1. Understand what Bitcoin is

Bitcoin is a virtual currency that is generated with Bitcoins blockchain through Bitcoin mining . People use their own computers to process transactions. After they have processed a certain amount of transactions, they're rewarded with Bitcoins. The Bitcoin can then be stored and sold at a later date.

Step 2. Do not be discouraged by the price.

"I can't afford Bitcoin, the price is too high", So many people have been fooled by this statement, and it has caused confusion over Bitcoin. So, to clear that up, think of Bitcoin like this. If we suppose that 1 Bitcoin is worth $1, then it gets easier as you don’t have to buy the whole dollar. But in fact, you can buy 50c or 10c worth of Bitcoin. The price of Bitcoin is $15,994 at the time of writing.

Step 3. Getting a wallet

A cryptocurrency wallet is just like your regular wallet, it is where you store your cryptocurrency where it will be safe. You can also link your bank account to your wallet. This makes exchanging coins and money becomes much easier. A lot of websites that sell cryptocurrency do have their own wallets so be sure to look into that.

Step 4. Finding a reputable site or “exchange” to buy it from.

Buying cryptocurrency is like buying anything. You need to find the most trustworthy and reliable place to purchase it. One of the best sites to use is Coinbase which does have its own wallet. There are many more sites and apps you can choose from, but for beginners, Coinbase is definitely a good starting point.

When buying Bitcoin, you aren't just buying something "off the shelf" like you would at the supermarket. You're usually buying from a real person like yourself. Buying Bitcoin is very straightforward. You choose the currency of your country that you wish to buy with. Then purchase the number of Bitcoins you want and that's pretty much it.

Buying Bitcoins may have seemed like a complicated process but it's easier than opening a bank account. You don't need to prove your identity or answer any hard questions. All you need is a computer or phone, and you're good to go.

All investments do come with inherent risks, so be sure to adequately research any investment before going all in.