Ethereum vs EOS: Is EOS a Better Alternative to ETH

Ethereum’s inception in 2015 was legendary to the cryptocurrency industry because it revolutionized blockchain technology with integrations beyond Bitcoin’s value proposition. Ethereum was able to integrate support for the development of decentralized applications, smart contract technology, and token minting––all of which opened doors for developers to explore the world of blockchains without having to rebuild a platform from scratch.

Ethereum’s goal to decentralize the internet left a lasting impression on the industry, prompting other ambitious developers to directly compete with this proposition. The likes of EOS was originally minted as an ERC-20 on the Ethereum blockchain, but it eventually transitioned into its own network: one that does everything that Ethereum does, but more scalable and with hardly any transaction fees!

But how does EOS compete against Ethereum in terms of investment potential?

EOS vs Ethereum: The Main Differences

As a legacy to Ethereum, EOS has always been compared with the former. However, there are important differences that can help you lean toward one over the other.In general every cryptocurrency has unique features, so before an investment, it’s right to understand which crypto would you like to invest in BTC vs ETH, ETH vs LTC, EOS vs ETH, etc.  In particular, decentralization is a key theme that most investors use to decide between EOS vs Ethereum. The following points will further illustrate the differences between the two.

Ethereum and EOS have both had their fair share of security breaches. While fending off attackers is relatively normal for any blockchain––given that they live in the digital sphere––they can be extremely unpleasant to deal with.

Ethereum is particularly notorious for splitting from Ethereum Classic after an attack resulted in millions worth of ETH lost. One group chose the progressive model of reversing the fraudulent transactions (it was possible given the circumstances), while another refused to tamper with the code. As a result, Ethereum split as a hard fork, bringing with it the support of investors who aren’t extreme traditionalists.

While Ethereum was able to increase its network’s security, decentralized applications (dApps) are particularly susceptible to attacks. As these are programmed by individuals, they’re susceptible to bugs and other unforeseen errors. And due to the uneditable nature of smart contracts, it’s extremely difficult to make changes in a dApp.

EOS isn’t doing any better. A report from 2020 showed that EOS dApps are some of the most attacked blockchain-based programs, enduring over 110 breaches. These attacks are dangerous as they ultimately steal millions of dollars worth of tokens. While efforts are being made to address these security issues, know that it’s always a risk you have to take when investing in blockchain technology.

EOS is hands-down the more scalable of the two. Ethereum is notable for being one of the most unscalable networks on the market, despite having a massive audience. It has undergone so many network congestions––an issue that is foreign to EOS.

EOS can process over 1,000 transactions per second (tps), in contrast to Ethereum’s 10-15. A higher processing capacity means that you’re less likely to shell out massive transaction fees, making the coin more usable for day-to-day exchanges. On that note, EOS doesn’t charge any transaction fees, while Ethereum charges $0.85 (though in reality, that number bloats based on network congestion). 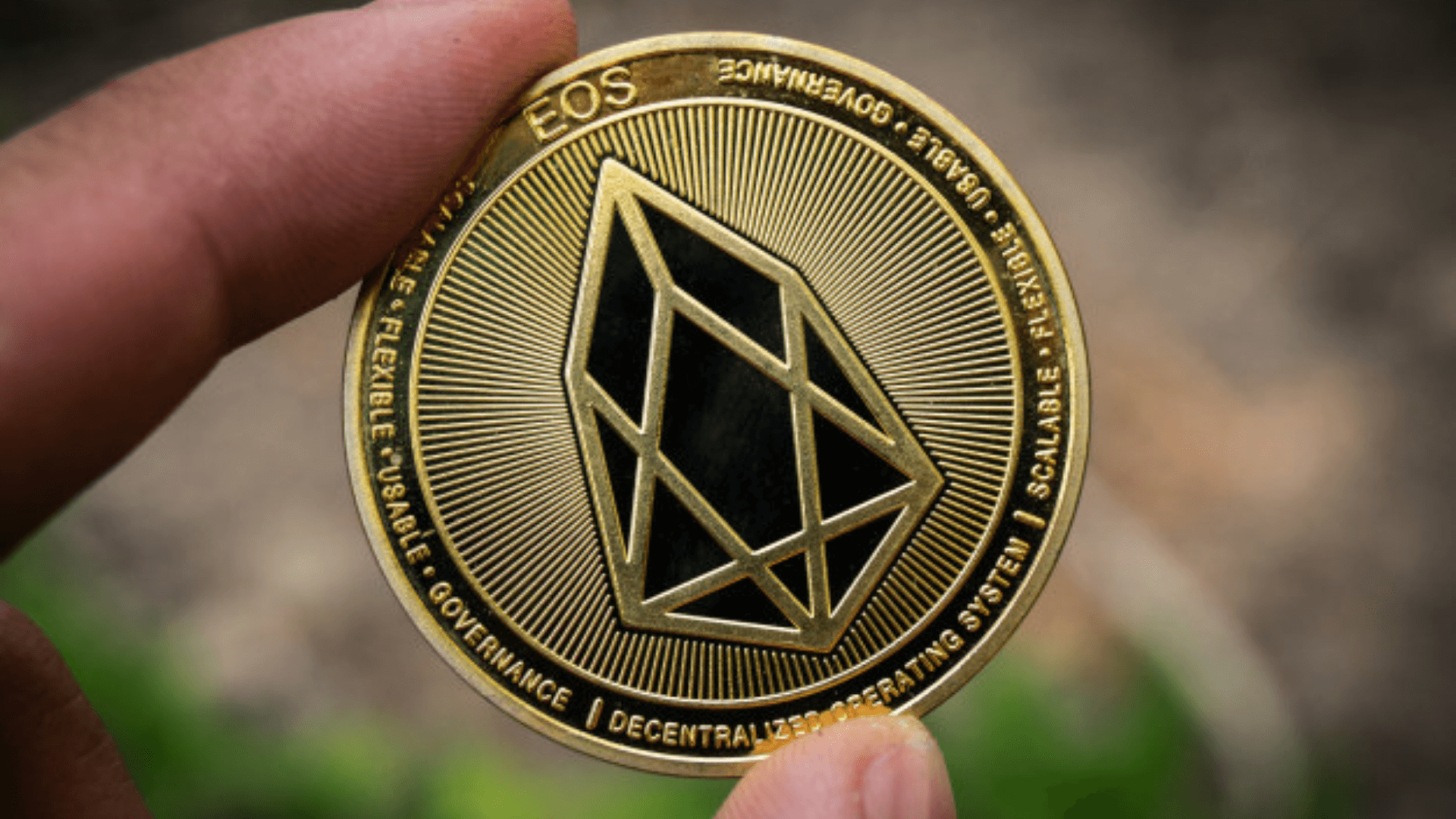 Ethereum uses the Proof-of-Work mining algorithm, which you may be very familiar with by now. It’s the same process that Bitcoin utilizes and essentially requires miners to employ high-end GPUs or expensive ASIC rigs to stand a chance at winning the token reward.

In contrast, EOS has a unique Delegated Proof-of-Stake consensus model––one that’s constantly a subject for debate due to its controversial process. In a nutshell, the network employs 21 block producers (BPs) who handle all the transactions on the blockchain. Narrowing this number to a small pool reduces EOS’s level of decentralization, which many aren’t a big fan of.

To add fuel to the fire, the BPs are elected through a democratic voting system. Token holders can put up a stake, which represents a vote. The people with the most stakes get the coveted paid positions. However, as the entire process is democratic, vote-buying and popularity play a big role in who gets the positions behind the scenes. Some investors completely turn away from EOS due to this nuance––so it helps to be aware of it.

EOS currency made headlines during its ICO in 2018 when it raised $4 billion before its inception. There was explosive interest over this blockchain, garnering interest for being a direct competitor to Ethereum. That’s why its early days represented some of the coin’s peaks, with an all-time high of $22 in 2018––despite being in the middle of the bursting crypto market bubble. Prices eventually fell by the end of 2018, plummeting to $1.58.

EOS would stay on a flatline before making small spikes over the years, but it consistently stayed around $2.5, even in 2020. In 2021, the coin was able to pick itself back up with a slow but steady increase of up to $7.2––though it’s trading at $5.27 today.

Meanwhile, Ethereum has seen much better days with a pattern of following the two biggest Bitcoin-led bull runs in history. In 2017, ETH grew by over 5,000%, overcoming the $1,000 price point despite only being $10 a year before. The price was understandably unsustainable, and ETH eventually fell to the $250 range. In 2020, Bitcoin swept ETH once again with a bullish market resulting in over 1,100% in gains for the latter. ETH found its new all-time high of $2,645 in April of 2021 and consistently trades within this range.

Based on current market behavior, Ethereum shows more promise, but EOS is a lot more scalable in the immediate term. However, when it comes to EOS vs Ethereum, the choice all boils down to personal principles. If you strongly advocate for decentralization, then Ethereum is the no-brainer choice. Meanwhile, if you don’t mind EOS’s DPoS model and prefer to own lower-priced assets, then it may be ideal for you.