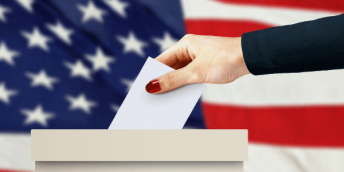 How Will the US Election Affect Cryptocurrency?

The US election is something that the entire world always gets interested in. The US is seen as the world leader, and anything significant that changes in their political system will have some effect on the rest of us.

The world's trade operates around the US dollar. If something happens, it affects its value. Things can change in many countries. The best example of this was the 2009 housing market crash which sent the US and much of the world into a recession. Luckily enough, Australia managed to avoid this. Thanks to some quick thinking from the Rudd government.

This past election saw the democrat nominee Joe Biden challenge the republican representative and current US President Donald J Trump. Throughout this election period, we have seen riots, shootings, and general anger from US citizens. A big reason behind this was the handling of the COVID-19 situation by the Trump administration.

Poor handling caused many businesses to shut down and over 200,000 deaths. Many believe that this could have been avoided. This also saw the stock market crashed down, which in turn, made the US dollar suffer slightly, which has left many people convinced that even after the election, the economy will still suffer.

What does any of this have to do with cryptocurrency?

The main reason that people invest in cryptocurrency is to hide their money and keep it safe from any inflation caused by significant outside events. Right now, we have seen more people buy Bitcoin, and a big reason for this is the belief that the US dollar will crash.

A significant factor that is leading people to believe this is the new taxes that have been proposed by Joe Biden, who appears to have been elected as the 46th US president. He wants to raise taxes on those who earn more than $400,000 a year which many people have been wanting. This is not all good news, though, as this could see, large businesses raise prices to compensate for the higher taxes.

What does this mean?

History has shown us that when taxes go up, so do the prices of everyday items which could lead to less buying and cause a mini-recession. But what if your finances were not tied to this flawed system? This is why so many people are now switching to cryptocurrency, specifically Bitcoin.

Bitcoins price has not been this high since the spike in late 2017. Still, the difference is this is not a spike and is, in fact, an organic rise that has been fueled by people's desire to have a decentralised currency.

The 2020 election has made many people sceptical about the future of the US dollar. Now they are looking for an alternative currency, and with Bitcoin getting so much media attention due to PayPal and Visa who are now offering cryptocurrency services. It is no wonder why more people are buying it.

We expect the price of Bitcoin and other cryptocurrencies to continue growing. Click here and track their progress going into 2021.