Cryptocurrency operates on the digital sphere––one screen away from the real world. Yet its value, which is driven by consensus, is still recognized through a fiat value equivalent. For instance, when you ask someone about the price of Bitcoin, they’ll tell you that it’s $62,732. That number is derived from the supply, demand, and market activity. So if governments were to suddenly ban BTC, everyone would start selling their supply, and the demand would proportionately decrease––in turn, decreasing the value of BTC.

It’s important to understand the relationship between cryptocurrency and fiat money because investments are being transacted like commodities. While Ether (ETH), for example, is a currency that you can use to buy and sell goods and services, it’s also a product that you have to first purchase with fiat money. The transaction chain goes like this: use fiat money to buy cryptocurrency, hold cryptocurrency, use cryptocurrency to buy other things. This means that any changes in the price of, say, the US dollar will affect the price of crypto.

Understanding the Quantity Theory of Money

Irving Fisher’s Quantity Theory of Money is a framework that analyses the relationship between inflation, price changes, and money supply. Four variables make up the equation MV = PY, where M stands for the money supply, V stands for velocity (or the number of times a coin or bill is traded), P stands for the price of goods, and Y stands for the real GDP (or all the goods sold in an economy). 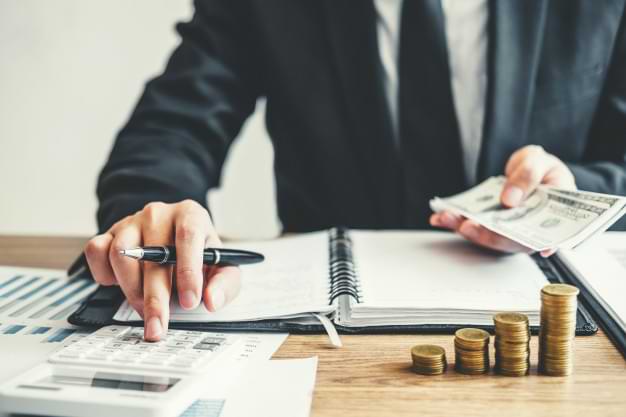 Between the four, M and P are important in understanding inflation and how the money supply is directly related to changes in the price of commodities. V and Y are relatively stable values and don’t change by a significant margin. But if a government were to suddenly start printing a massive amount of bills, then M, the money supply, will drastically increase, directly affecting P, the prices of goods.

To put things simply, the Quantity Theory of Money argues that an increased amount of money in circulation results in higher-priced goods and services.

Economists responded to the Quantity Theory of Money with other theories to explain how the economy reacts to inflation, supply, and demand. However, there has been no unanimous agreement that one theory is better than another, as all of them pose some flaws in the equation.

Monetarism uses the Quantity Theory of Money to explain the cause of an economic downturn. Based on the equation, Y––a country’s real GDP––is affected by a drastic increase or decrease in the money supply and prices of goods. This idea was used to explain instances like the Great Depression, wherein many believed that the Central Bank initiated the massive deflation by decreasing the money supply, subsequently causing the economy to fall. The issue with this theory is that while Monetarism does a great job at explaining the cause of hyperinflation and deflation, it doesn’t offer much of a solution. Because the economy is so complex, simply increasing or decreasing the money supply by a fixed percentage each year isn’t going to solve any of the issues.

This theory argues that banks are fooling entrepreneurs to borrow more money under the premise that there are bigger opportunities to vie for––only for there to be a greater chance of losing than winning. It’s derived from the fact that central banks control the money supply. So if they start printing more bills, there would be more money in circulation––and more to lend to aspiring business owners.

With lower interest rates, these people are fooled into initiating much larger projects requiring more funding and bigger loans. But the Austrian theory believes that this practice is simply unsustainable and would eventually result in business failure. However, some criticize this theory for being unable to predict the length and size of the boom and bust period.

The Keynesian theory believes that the economy is ruled by three factors: employment, inflation, and output. It argues that aggregate demand is the cause of economic upturns or downturns, which means that if people start spending less, the economy will also start going down. However, this idea predicts a domino, wherein an economic downturn will result in more unemployment. That puts the economy in a sticky situation, as the only way for things to improve––according to Keynesian––is for people to start spending more. But without jobs, there’s essentially no money to spend.

This theory was eventually refuted in favor of Monetarism, which could cover points that Keynesian could not.

The Quantity Theory of Money is generally accepted among economists, but it has also received criticism for irrefutable flaws. Like all other theories, not everyone will agree on every aspect of the concept. And in this case, the Quantity Theory simply falls short on some key ideas.

While it is the most long-standing theorem of economics and changes in prices, it does have its problems. The most common one being the failure to post an indirect relationship between money supply and price changes. The theory also presupposes that the factors are independent values of each other rather than a consequence of each other. An indirect relationship may be more appropriate for a financial world that is so volatile and unpredictable.

While the Quantity Theory of Money was originally written for real-world economics, it has been studied in other fields, including virtual economies. With a growing interest in cryptocurrency intersected with the implications of COVID-19, it’s important to understand two things. First, how the real-world economy affects the digital space; second, how the theory aligns with cryptocurrency’s predetermined scarcity.

The Quantity Theory of Money is part of traditional economics, where prices may be less volatile than crypto assets (we can see this in the example of BTC, which is a highly volatile currency). Today people are looking for a stabilized and safe coin to make an investment in. Recently Australian crypto market launched  TPR digital currency which has a non-collateralized algorithm based on the quantity theory of money. This a coin which along with transaction speed, self-actualizing, and low fees is stable. Trends in stock markets and crypto trends, while perhaps sometimes similar, diverge in many ways. Using the Quantity Theory of Money in cryptocurrency markets may have its downfalls, but many argue that these disadvantages are also there in traditional financial system trends.

Nonetheless, it poses an important value to the crypto world, and a lot can be learned if we place cryptocurrency and blockchain technology in the framework of fiat currency and monetary economic theories.

The Quantity Theory of Money can be applied to cryptocurrencies that are coded with a predetermined scarcity. Bitcoin is particularly notable for having a maximum supply of 21 million coins. But more importantly, it has another layer of scarcity within its mining process, which is the only way to earn BTC outside of exchanges.

In Bitcoin halving, the reward given to miners is reduced to half the amount every 210,000 Bitcoins mined or approximately 4 years. This is closely linked to the Quantity Theory. By reducing the circulation of Bitcoin, it becomes a more valuable asset. If we look at the halving events closely, we can see a trend where halvings have correlated with intense boom and bust cycles. Even when the price decreases after the initial boom, it has ended with higher prices than prior to the event. This artificial inflation and deflation create a sort of high demand and low supply. This increases the value of Bitcoin.

Unlike fiat money, which governments control, developers can’t do anything about cryptocurrency after being released on the blockchain. That means that no new coins can be minted beyond the maximum supply underwritten in the code. On that note, the scarcity of coins becomes a lot more clear, especially in the context of reduced earning power, whether through mining or staking. By understanding the crypto economy in the context of the Quantity Theory of Money, it may be possible to predict future prices based on scarcity and demand.